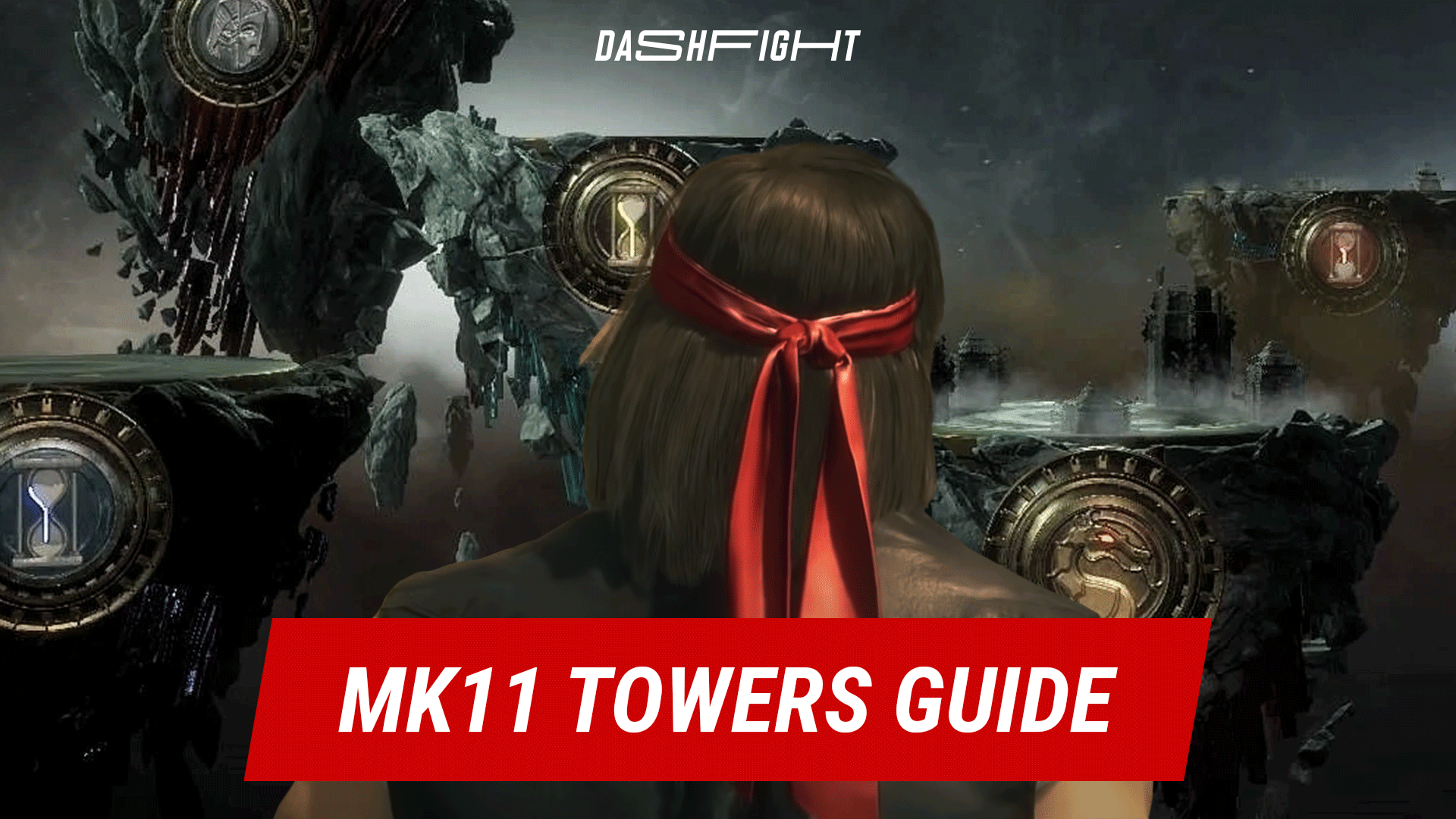 But, times are changing, and more and more people want to play fighting games without necessarily competing with others. Therefore, the need for strong single-player content became more important. To this end, the Mortal Kombat towers game mode has been a brilliant addition to the iconic game.

What Are the Towers of Time?

Simply put, the Towers of Time is a game mode first introduced in MK11 in which players can pit themselves against a slew of challenges and, in return, get some pretty great loot and items that can then be reinvested in the game. The idea of Towers was first brought about in MKX, where players could face off against difficult obstacles. But in the latest iteration of Mortal Kombat, the Towers idea has crystallized and is now a much more robust product with great replay value.

There are two modes for the Towers:

The Klassic Towers mode is a lot like its Mortal Kombat X variant in that it is an offline challenge mode that throws a bunch of obstacles your way that you are expected to complete in exchange for currency and other rewards. The Klassic Towers have their own modes, namely:  Novice, Warrior, Champion, Endless, and Survivor. In addition, you are also in control of the difficulty level for each tower (except ‘Endless,’ which is automatically set to the medium difficulty setting), and you are free to play the towers as often as you want without exception.

The Towers of time are the main pastime of those who want single-player content in MK11. The concept of the Towers of Time is a little different from the Klassic towers. There are seven (7) tower islands in this game mode, with four of them changing upon every visit. Think of it as a timed event that is only available for a period before it is replaced by another event. The other three are fixtures that don’t change but are significantly demanding and varied in terms of the challenges they pose to the player. These three tower islands are The Gauntlet, Summoned Towers, and Character Towers.

Before you are granted access to the Towers of Time, you have to first deal with the tutorial towers, which teach you all the basics that you can expect to meet when dealing with the real thing. The Tutorial towers are about four in number and introduce you to essential concepts like boss battles, konsumables, and so on. Once you complete them, you can move on to the other tower types, but note that you cannot reaccess the tutorial towers once done.

As mentioned before, there are seven islands with three main islands that act as permanent fixtures while the other four change at regular intervals. So, to further help with your adventuring, it is best to go through the types of towers you might come across while in this section of the game.

The Gauntlet is a series of special towers which take you through various fights and slowly ramp up in difficulty. The MK11 Gauntlet is particularly rewarding as each success grants you a decent amount of exclusive Gear, in-game currency, and much more. There are about 30 stages in total in the Gauntlet, and once you can get past them all, the tower can no longer be accessed. But, make no mistake, the Gauntlet is not an easy task to undertake as each level ramps up the challenge with the help of modifiers. These are conditions placed on an entire tower or specific fights that aid the opponent and make life more difficult for you. An example is a modifier where the screen goes dark for a few seconds, making it impossible to see what you are doing. There are also modifiers that cause objects to fly at you during battle, effectively chipping at your life and making the fight all the more difficult.

These are towers that are accessed with the help of a tower key. Once accessed, you can then face off against the challenges the tower poses and get some great rewards for your effort. These towers usually disappear after they are completed or over an extended period.

These are character-specific towers in which the player can participate. Each character has a tower with six stages. Each stage has its own set of challenges and needs to be unlocked. To get to the sixth and final stage, the player must first complete the other five stages and then unlock the final level. This will feature a single boss fight that is quite difficult. Therefore, it is advised that players make use of as many konsumables and augments as they can. Unlocking each stage requires the player to fill certain prerequisites either in Klassic towers, or online matches. These could range from performing 50 uppercuts to pulling off a brutality. When these conditions are met, then you can unlock the stage. Not only that, but you will also require Koins and Souls to unlock stages. These are acquired from playing other tower modes, or from the Krypt.

Understandably, it might seem to be more trouble than it’s worth to complete, but trust me, MK 11 character towers are quite rewarding, and success will see you obtain a decent amount of Koins, Souls, Hearts, and Jinsei augments, which can be used to unlock new intros, outros, taunts, Fatalities, Brutalities and more for your character. Just like with the Gauntlet, once you make it through all the levels, the tower will no longer be accessible.

Other than these three permanent towers, one of these other ones might appear for the player.

These are towers that, as the name suggests, are timed and can be accessible for between one to nine hours. These towers consist of several stages, or sometimes, one stage that is a boss fight. Difficulty varies, and there are situations where you might have to deal with heavy modifiers in a fight.

These are towers that are available for a fixed amount of time and tend to offer special rewards that are tied to their appearance. Therefore, once the tower is gone, those rewards are not available in other tower modes.

Here, the opposition gets some help from other fighters who can come mid-fight and assist against you. Like many of the tower modes, it can feature several towers or one major boss battle.

In these towers, the player is met with one of two kinds of towers: standard towers with a couple of stages or one boss battle. In the latter case, the fight is set to max difficulty, and you’ll need all your skills to make it through. As for the former, they are a couple of towers with relative difficulty that can be traversed with some ease.

These are towers that require some help from friends or other online players. They are pretty difficult and feature fights that will require everyone’s participation.

As the name implies, Meteor towers are quite rare and can only be summoned at a particular time of the day or through a special configuration. When summoned, they boast several great rewards that are exclusive to the tower and can barely be found anywhere else. There’s a catch, though, the Meteor tower is very, very difficult. Sure, it has only one boss tower, but to access the boss, you’ll need to shell out a lot of Koins, Souls, and Hearts. When accessed, you’re thrown into a boss battle with the difficulty cranked up to extreme levels. That’s not all, as the tower only lasts around sixty minutes when summoned, and if you are to leave at any point, all your progress will be lost, and the tower will disappear.

Konsumables are objects that can be used to enable your progress through the towers. There are several konsumables that can create certain effects. You generally have three slots for konsumables, but some of them could take up all three slots due to their level of quality. It is advisable to always equip konsumables as, more often than not, you’ll find that they act as levelers, and without them, some fights might be outright impossible to complete.

Some konsumables can be used for the whole tower, while others are only available for individual fights. Ensure you always carry some around, they will make your life easier.

How to Complete MK 11 Towers

The truth is, there is no hard and fast rule as to how best to complete the tower challenges and battles. But if we could give a few pointers, here’s what we’ll advise:

The Towers of Time are a great bit of innovation on the part of Mortal Kombat 11, and it is hoped that they make a return in the next MK game. If you can successfully traverse this unforgiving game mode, then you can be proud of yourself. So, just go out there and have fun, and if you’ve liked this post, go ahead and check out all the other awesome guides we have on the website.