MK11 is on Game Pass 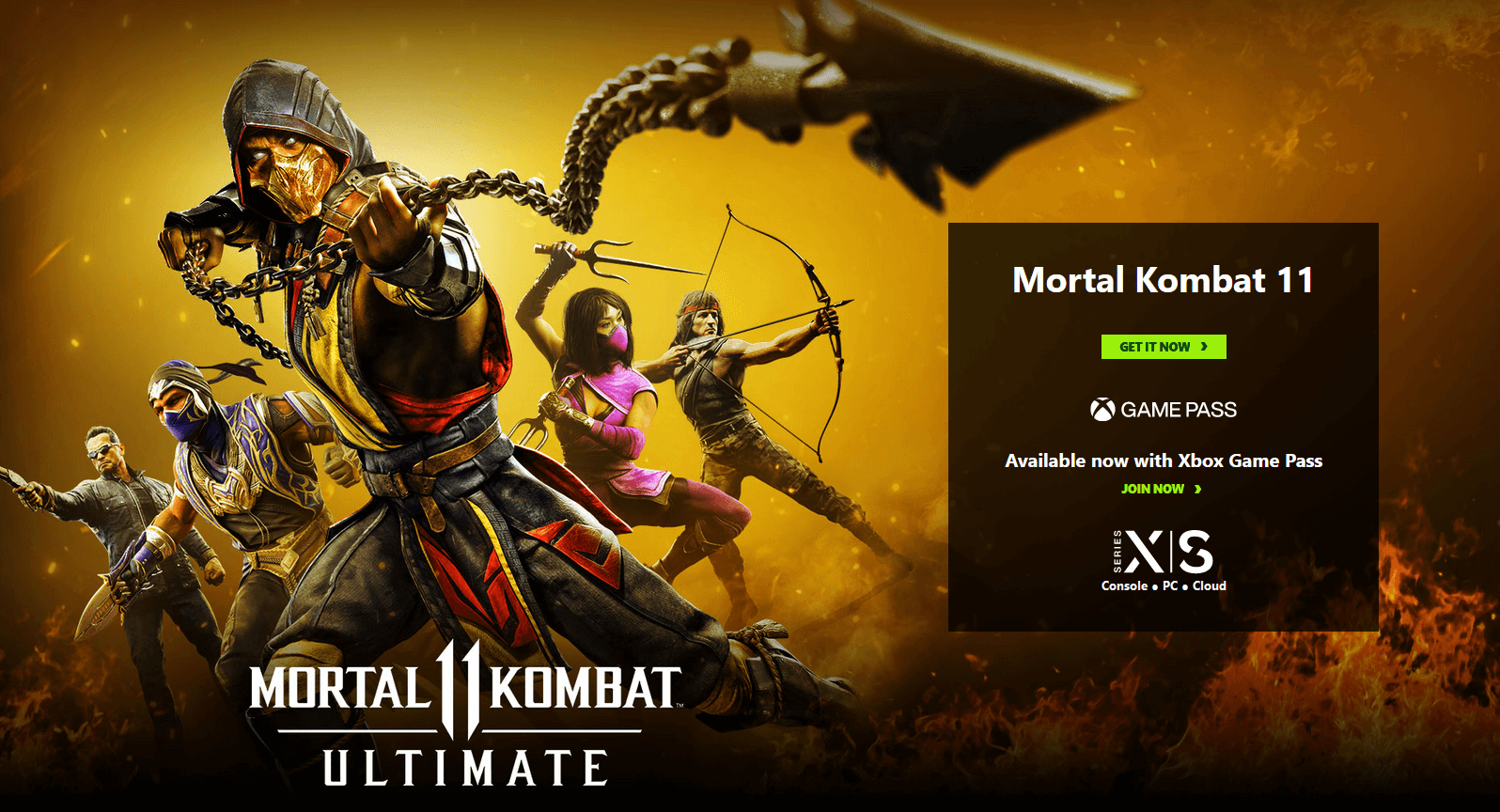 There are different levels of involvement in fighting games. Esports professionals might not be very interested in investing their time and effort in Mortal Kombat 11 now — no support from the developers means soon-coming end of the game’s lifespan. But not all the fighting games players are involved so deeply in the genre. There are lots of gamers who wouldn’t mind having fun in a match or two, caring not about NRS support. The addition of MK11 to the Game Pass library will remove every obstacle for this — for so many subscribers.

Mortal Kombat 11 is already on Gamepass. The game is available on the Xbox consoles, PC, and through the Xbox Cloud Gaming service.

It’s pretty easy for dedicated fans of the genre to forget that most gamers out there do not care about complicated features, such as frame data or even tier lists. People want to have fun playing. Game Pass definitely will bring such an audience to Mortal Kombat 11. Who knows, some of these casual players might grow a sincere interest in MK and fighters in general. It’s always great to have more people in the community — of every skill level.

The only problem with such subscription services is that you don’t know for sure how long a game will be available through it. Tekken 7 and Soulcalibur 6 were on Game Pass but left the service. Street Fighter V was on PlayStation Now for a year but then was removed. For ongoing games, the services rather give a convenient way to try them out and decide whether you go deeper into the joy by purchasing the title.