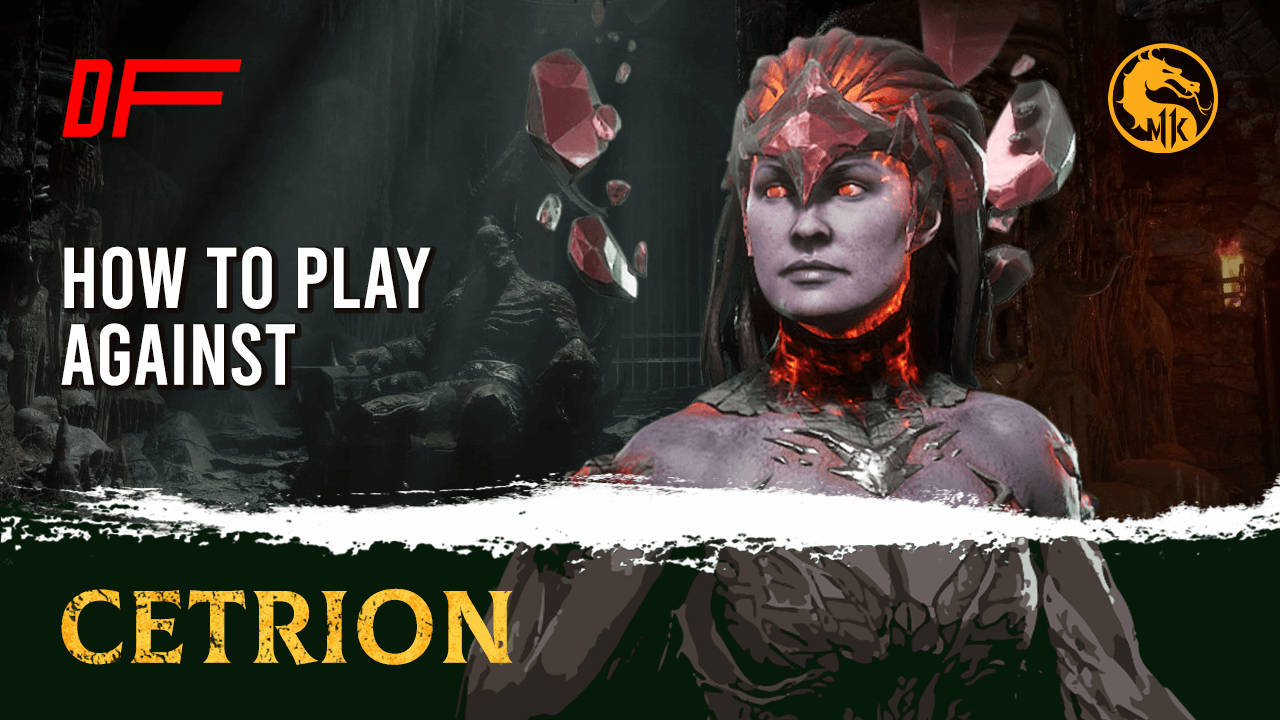 The one and only god of pain, I mean nature. Let us practice the best way to deal with Cetrion!

Cetrion is one of the most brutal matchups in Mortal Kombat 11: Ultimate. Her powerful long-range punishment goes hand in hand with her keep-away playstyle. A frustratingly enraging match for many players high and low in the competitive MK11 scene.

Instead of continuing to let her stomp us all, DashFight partnered up with MakoraN to bring you all the ins and outs of how to best deal with this Elder God.

Mortal Kombat 11 | How to Play Against Cetrion Guide by MakoraN

Cetrion is one of the best zoners in the game alongside being a top rushdown character with impeccable pressure and keep-away tools. The combination of all those elements gives her a very rounded and oppressing feel when facing her in virtually any matchups. Her speed and ability to switch lanes from rushdown to zoning means that you, as her opponent, have to be able to keep up with those switches as they come by.

Her main weakness is that she has to deal with many small amounts of damage, which means she has to create combos and string together many more attacks to match the damage other characters would do normally. In turn, you can feel a little bit safer taking a risky flawless block or going for a gap, since missing them, provided you don't then go on to get comboed into oblivion, is not as big of a problem as simply not trying to cut her pressure off. Getting reads on her moves is crucial for that.

Earthquake is the most common move you will see in any variations of her as a double-hitting special low move that can be canceled. Next up is Deadly Winds, useful for intense pressure up close. Lastly, her teleport is one of if not the best teleport in the game as it allows her to do it in the air as well and determine whether she wants to teleport a close or far range.

Wall is a tricky move. Most of the time you will need to read it and then punish, the best way is to dash into your opponent after flawless blocking the first hit of the wall, if you try to punish it too early you risk receiving a Krushing Blow.

Avoid trying to approach Cetrion from the air, she is one of the best anti-air characters in the game. If you want to do it, make it rare.

If she is trying to zone you, push into her slowly, blocking as much as you can and try to get her into the corner, once there make a read on the close or far teleport to snatch some good damage.

She has very few counters in terms of characters. Sub-zero is one of the few that can create situations that force Cetrions to play into a different playstyle, the added damage from his attacks also leads to only having to connect a few times to deal a killing blow. For that same reason Spawn can also be a good pick, as he can try to match up to her zoning. Kotal and Jade are also able to have even fights against her.

DashFight Interview with Rewind at Evo 2022