Megatournament on SSBU, Tekken and SFV Will Take Place in India 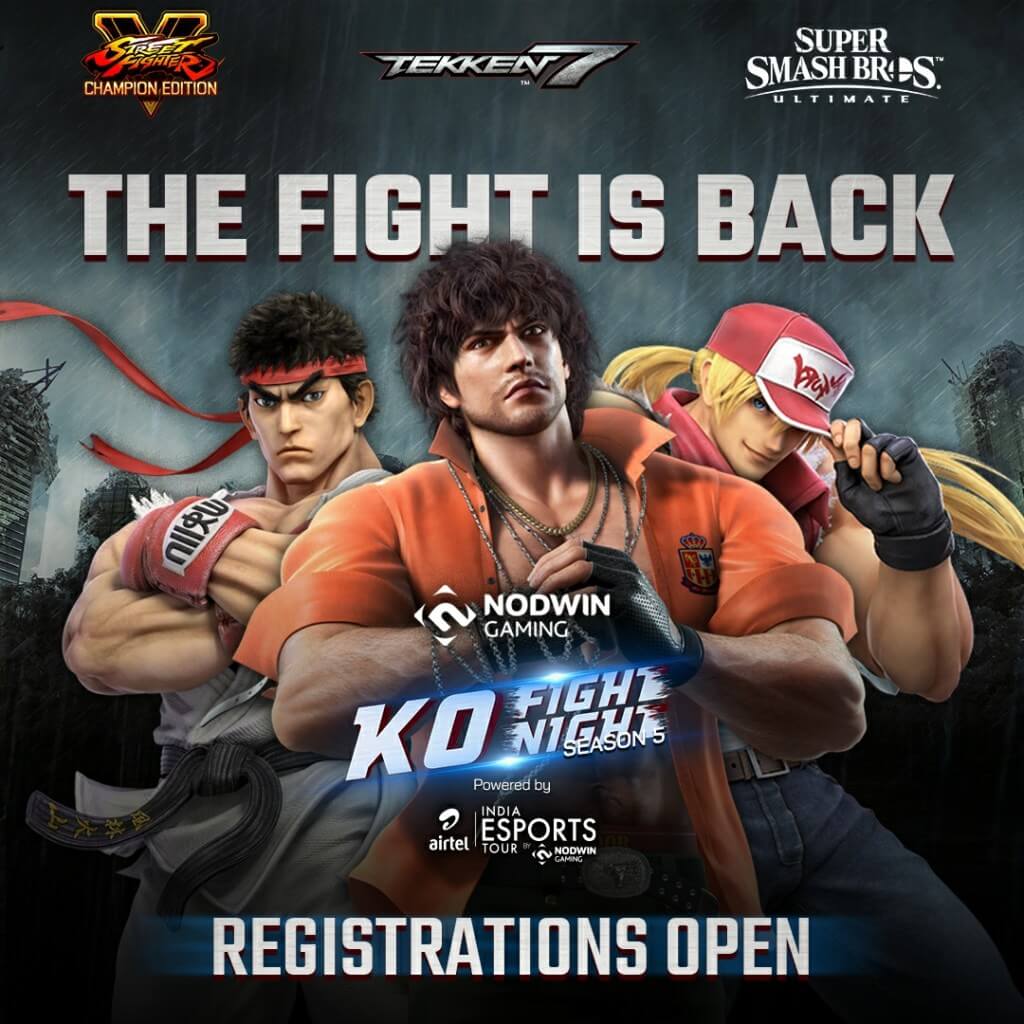 technosports.co.in
#News
The organizer of the esports event is one of the largest esports companies in South Asia

In India, the coronavirus pandemic has sparked a surge in interest in esports. In this large country, the number of various cyber tournaments, as well as their broadcasts, has grown.

The Indian company, which is currently one of the largest esports companies in South Asia - NODWIN Gaming, has announced a new KO Fight Night, which could already be the 5th tournament of such kind.

This competition will feature eSports disciplines - Tekken 7, Super Smash Bros Ultimate, and Street Fighter 5 as the next stop for Airtel India Esports Tour.

Street Fighter 5 will be playable on PS4, Tekken 7 on PC, and Super Smash Bros on Nintendo Switch.

The tournament is set to take place from August 11 to September 27 with INR 3 Lacs up for grabs.

You can register for it here. There are cash prizes for this tournament.

“The tight-knit FGC in India has extreme potential, one that we keep witnessing in Dew Arena and DreamHack. Taking that forward, KO Fight Night will now help to build the community on a more solid platform, which is, the Airtel India Esports Tour. A national ranking and rewarding system will make sure that the gamers are on their toes to reach the top while broadening the reach of fighting games” said Akshat Rathee, MD & Co-Founder, NODWIN Gaming.

8 online qualifiers, 2 of the best esportsmen from each of them advance to the playoffs.

KO Fight Night follows a simple format: the tournament will start with 8 online qualifiers, of which the top 2 contenders in each qualification advance to the playoffs. The 16 qualified players will then play in GSL format in 2 groups of 8 players each. The top 2 players from each group will seal a spot in the Grand Finals where they will play double-elimination Best-of-3 matches to come on top.

As part of the Airtel India Esports Tour, this esports tournament will provide a chance to earn points for competitors who advance to the national leaderboard of esports athletes.

Previously we wrote about a new tournament in US on Tekken 7 and SoulCalibur VI.