Is WUFL The Beginning of a New Era For FGC? 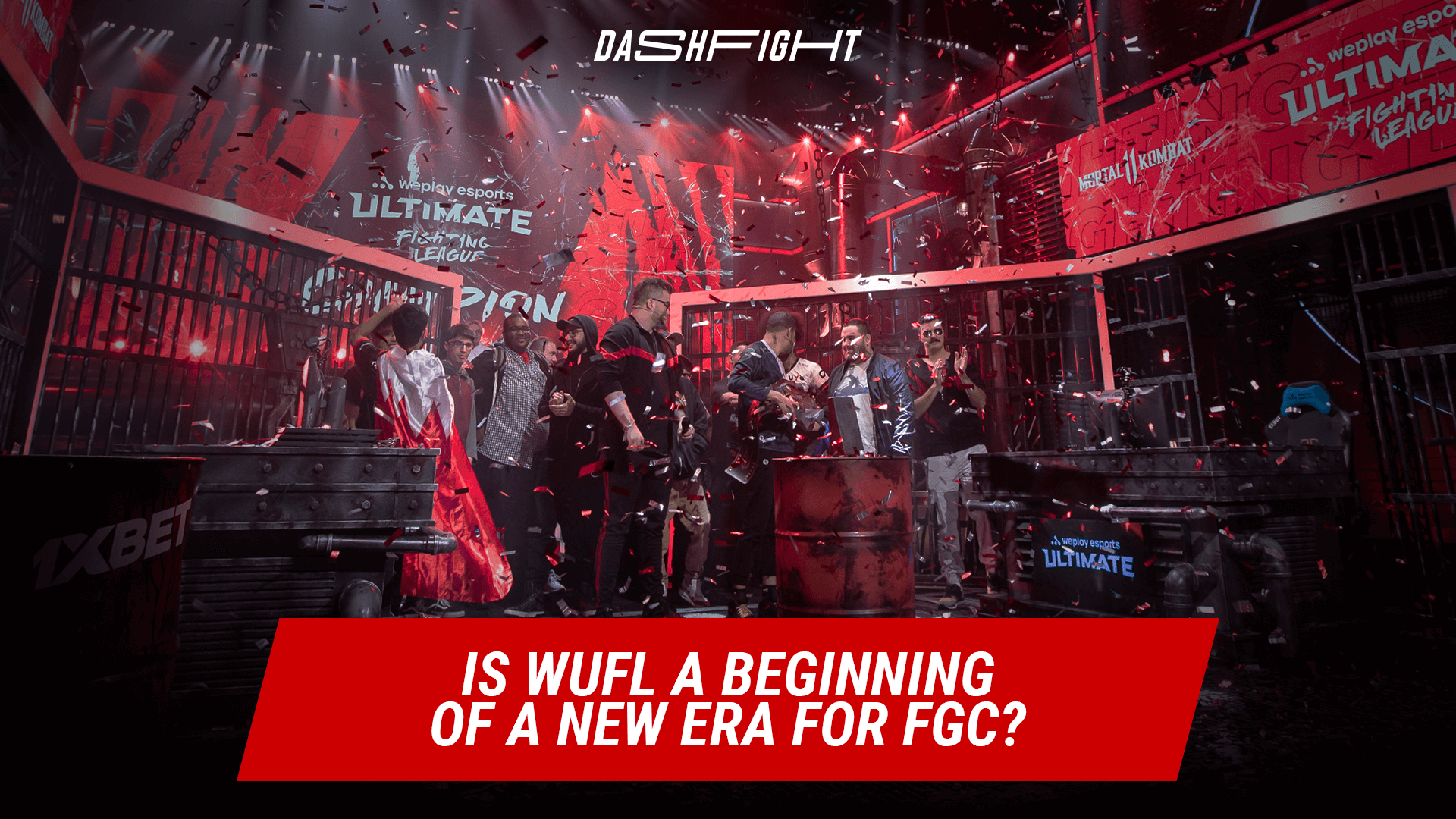 #Longread#WUFL
Now that the dust has settled, what does WUFL S1 mean for the FGC?

The WePlay Ultimate Fighting League took place between the 25th of March and 11th of April 2021 and was an event unlike any other. The competition catered to three games: Mortal Kombat 11,  Soulcalibur VI, and Tekken 7. In addition, the insane production value ensured that it was something much more than just a tournament. It was a spectacle. WUFL was chock-full of hype, cringe, pop-offs, high-level gameplay, and so much more. But now, a week has passed since the last tournament, and the question we need to ask ourselves is if this is a flash in the pan or the beginning of a new era for the FGC.

First off, it is essential to note that the phrase ‘new era for the FGC’ is hardly new. Any time a new and exciting tournament makes its debut, fighting game fans everywhere start asking if this is the new era for the community. But it does feel a little different with WUFL, doesn’t it? The production value was incredible, the level of competition was exciting, and fans did tune in. For instance, the Mortal Kombat 11 event at WUFL had an average viewership of about 12,000 people and a peak viewership of approximately 25,000 (this was for the SonicFox vs. MK_Azerbaijan match). These are pretty impressive numbers that are only bested by the tournaments organized by the game developers like the CPT by Capcom and Final Kombat by Netherrealm Studios. What this means is that the pageantry of the tournament was able to draw in both enthusiasts and casuals, and this only made it more of a joy to watch.

Not only that but, WePlay Esports had some exciting media partners like DAZN who were able to bring FGC content to an audience that might have had access to it on a normal day. A combination of these factors has made WUFL S1  an objective success from basically every metric we can measure it by, but what does this mean for the FGC moving forward?

Maybe I’m a little biased here, but the FGC is the most hype esports niche. Therefore, the appeal for brands is obvious and evident as we see more and more companies look to partner with the scene. Also, since fighting games are a one-person sport, it is very easy to fall in love with certain personalities within the game, and this has bolstered the opportunities of other pro players. Beyond that, however, a successful FGC tournament with this amount of hype is sure to ensure that other entities that want to get into the FGC will sit up and take notice. We have already seen the acquisition of Evo by Sony, and it wouldn’t be surprising to see more acquisitions of that sort in the near future as the space just keeps growing and growing.

WePlay Esports seems to want to be major protagonists here as they have already announced a second season for WUFL (7:24:22- 7:25:11), which was well-received by fans all over who simply want more fighting games action. It will not be surprising for more tournament organizers with deep pockets to want to organize their own tourneys in the hope of replicating what WUFL has managed. This trickles down to more prize pots for players and more opportunities for players. Besides, if there are more tournaments with meaningful prizes to partake in, esports teams are more likely to either create a fighting game division or keep the ones they have. Recently, Team Liquid dropped basically everyone from their traditional fighting game roster, which came as a bit of a surprise. That said, I wonder if they would be so hasty to make that move if there were more top-level tournaments for their players to compete in.

The real heroes of the FGC

It would be a tad disingenuous to simply claim that the large 3rd party companies coming into the FGC to put on tournaments and excite fans are solely the reason for the recent surge in popularity for fighting games. The FGC has stayed relevant thanks mainly to the smaller Tournament Organizers who put on tournaments weekly or monthly. In Europe, the Saltmine league has done an excellent job, while NLBC has been an incredible breeding ground for top-class talent in various fighting games. The consistency of these tournaments and others like it has kept players sharp and better positioned to grab the new opportunities present nowadays.

The truth is that not many tournaments can have the prize pot of WUFL, but if even a few more TOs with those resources come into the picture, it could really change the ecosystem of the FGC moving forward.

A new era is already upon us.

I don’t know if I would call WUFL S1 the start point of a new era for the FGC, but it is certainly a pivotal juncture that will only help to accelerate the growth of fighting games until they become as popular as mainstream esport titles. WUFL S2 might have qualifications, which will only serve to improve the quality of the tournament, and it’ll be interesting to see what that will bring to us as fans. There are skeptics of WUFL, third-party companies in general, and the sustainability of these high-production tournaments. Understandably so, but no one can deny that this is an exciting time to be a member of the FGC. I can’t wait to see what the rest of the year holds for us.