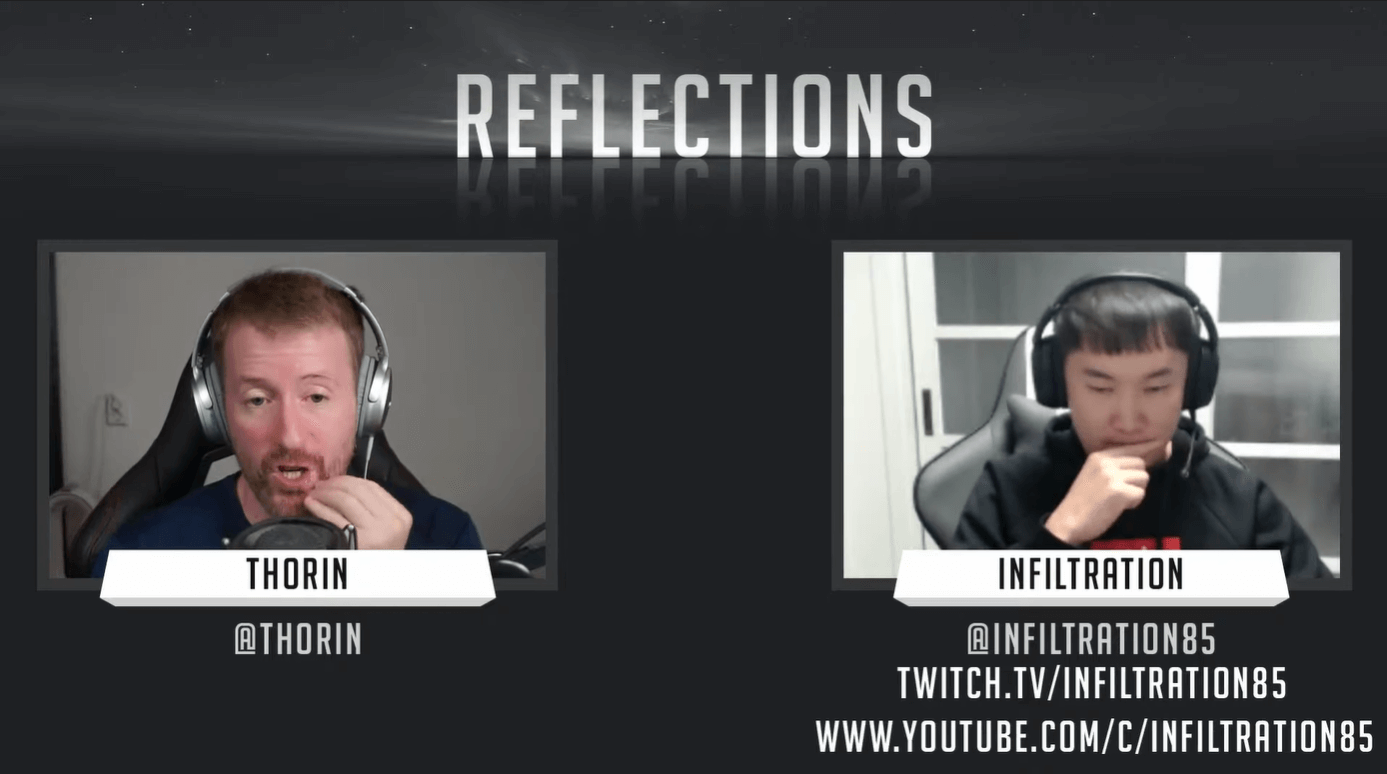 Duncan 'Thorin' Shields is a well-regarded esports journalists who mostly deals in the area of CS:GO and League of Legends. He hosts a show called 'Reflections' where he speaks to an esports personality about who they are, their journey and so on.

On his latest show, he spoke to none other than Infiltration, the legendary Korean Street Fighter V player and former Evo winner. This was a bit of a surprise as Thorin admittedly knows very little about fighting games, but he was intrigued by Infiltration's story and decided to talk to him.

The pair discussed several issues including how Infiltration approaches the game. To this, Infiltration pointed out that unlike other people, his inability to train as effectively as the Japanese or North Americans who have larger scenes, he is left with thinking of the game a lot. He also mentioned that this has helped him develop his mental side and that he uses this to destroy opponents.

According to him "I like to chip away at my opponent while they can't land a single hit back. This plants an idea in their minds that they cannot do anything when they play against me. In tournaments, this gives a huge mental edge. My opponents think they lost before the match even begins."

He also talked about some of his most iconic matches including that great one against PR Balrog at Evo 2013 where he went for the Hakan pick.

Infiltration says he won the match because it seems PR Balrog wasn't ready for the match-up. He also mentioned that he loved how PR Balrog wore his heart on his sleeve.

He was also asked about whether he should be considered as one of the gods of fighting games, and he responded that if tournament results are a factor, then he should definitely be included as he has consistently posted great results all through his career.

It was certainly an amazing interview and it was a look into the life of one of the most decorated Street Fighter players of all time.