Illusion Gaming: A Pioneer for the World’s Next FGC Superpower 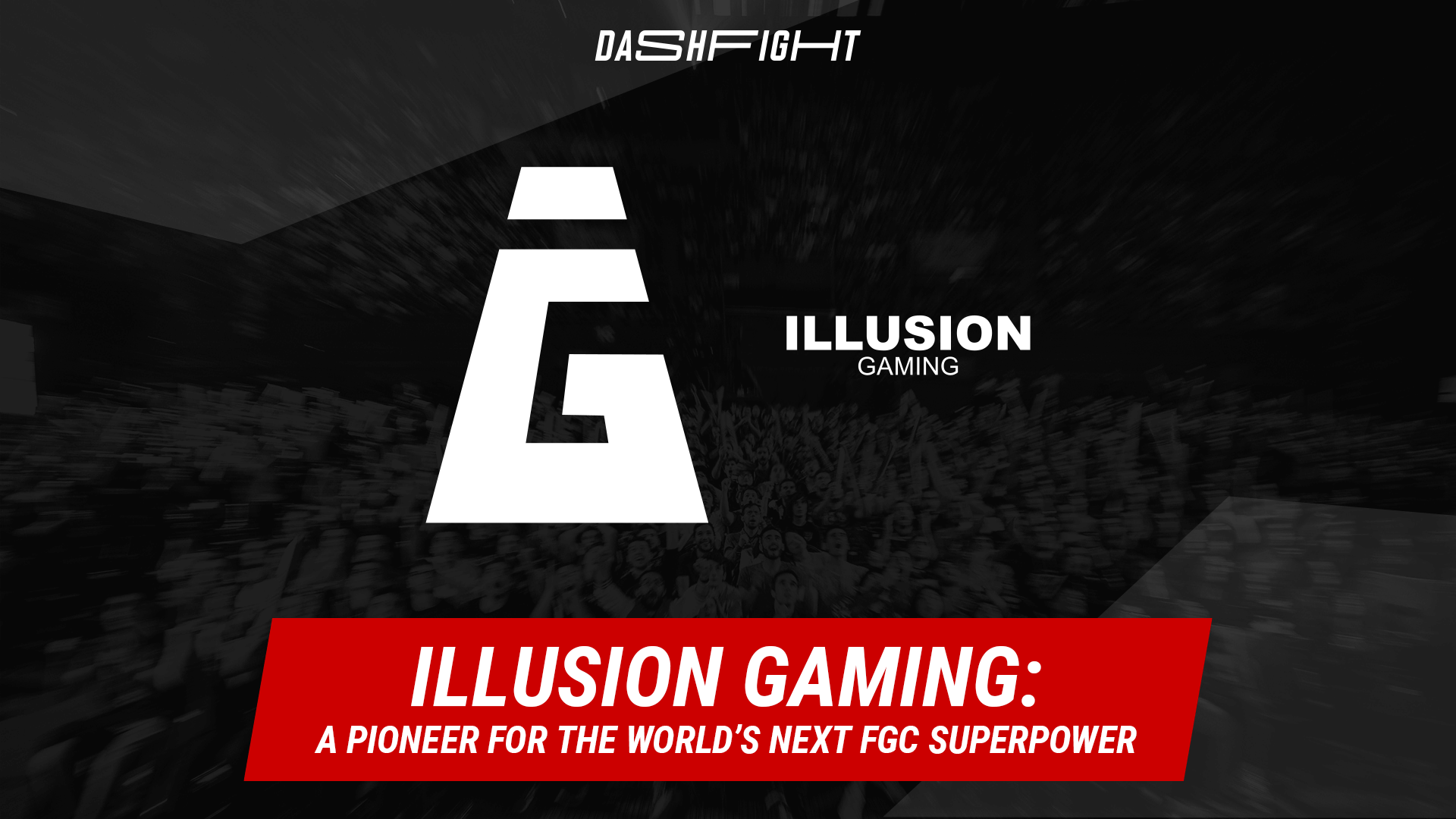 As African Esports continue to grow, read how a plucky team from South Africa is uniting the continent through FGs

Africa is such a fascinating continent. With 54 countries, many of which are unknown to the wider world, it is a tapestry of people and languages woven together by a shared history and similar difficulties. Africa is home to over a billion people, yet it sure feels like a small place in the public consciousness. Home to some of the very first civilizations of mankind, we have a rich heritage and an appetite to be part of the broader world in every way we can.

What does this have to do with gaming? Well— everything. The African gaming landscape is a weird one, and it is dictated by the cultures and belief systems of the people who reside in the continent. As the world evolves, there’s a raging battle between enlightenment and tradition, one which Africa grapples with as proponents pick their sides and stay there. The truth is that tradition is amazing; just as enlightenment is desirable, the problem seems to be striking a balance.

For years, the belief was that video games were for the prepubescent or young adults—a fascinating way to while away time. But, we now inhabit a world where Derrek Ruffin (iDom) won over $200,000 for competing in a video game. Video games are now a very serious business.

Teams are not a new concept, even in Africa, where there are various teams for a variety of games. Speaking specifically on the FGC, there has been a sustained attempt to really put the continent on the map. For instance, the Tekken World Tour 2021 will have events in West and Southern Africa. Also, the Capcom Pro Tour will have a South African event which has gotten players within the region quite excited. Things are improving and jockeying for a position at the forefront of the potential esports revolution in Africa is Illusion Gaming. Formed as recently as January 2021, they have quickly grown into one of the most promising teams within the FGC. They are involved in other games, including Overwatch, but their work within the FGC was of particular interest to me. To understand who Illusion Gaming is and their plans within the space, I was happy to speak to Fabio, the company’s head and chief innovator, and what I learned truly excited me for the future. 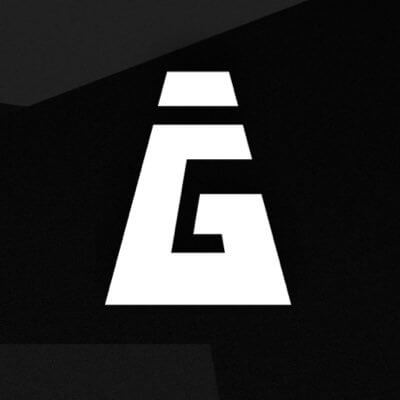 Fabio is not a newbie to the esports scene as he was a competitive DOTA player for about five years (2012-2017) before he got into organizing stuff within the FGC. Fabio explained how he joined an FGC Africa team that was responsible for organizing fighting game tournaments. During his time there, Fabio saw the potential for fighting games in Africa and reckoned that pushing the agenda further was the best way to go. So, with a truckload of time to ponder his plans during the year that we all hate to mention (it’s 2020 guys, 2020), he set his plans in motion. Now, with almost half a year of existence, they are poised to take the next step in their evolution.

There are perhaps many more people qualified to talk about the African landscape when it comes to the FGC and esports in general. That said, I have had the privilege of speaking to a fair few members of the community, including TOs in Nigeria and South Africa. So, what is it like for fighting game TOs? In this interview I did with two of Nigeria’s FGC TOs, we can infer that the general mindset towards progress is one of defiant optimism. The problems that plague the African FGC are varied and nuanced, but it does feel like this could change with the help of time and information.

The aforementioned competitions for Tekken 7 and Street Fighter V by Bandai Namco and Capcom, respectively, are a step in the right direction. We have also seen other tournament organizers, such as Mister Aquaman, bring some solid action to Africa, most recently with his Kolosseum Global tournament, which featured both West and South Africa. For Fabio, the support of important stakeholders like this has been invaluable to the community. When asked about Mister Aquaman, Fabio could only gush about him, “He's such an awesome guy. He loves to support the African community. So as soon as he said that he was hosting an African event, everybody got super excited.”

Within the continent, various countries host their own tournaments as each region tries to improve what they have on the ground. The next step seems to be a concerted effort by various significant players within the continent to create something amazing that can represent the African continent out in the wider world. This is what makes the Illusion Gaming project so exciting as they are not simply focused on their home country of South Africa but are more than willing to take up any promising content creator or pro player within the continent.

Fabio himself was surprised at the pool of talent available in Africa as he mused about a time when he was ignorant about gaming outside of his own country, “Like for the longest time, I honestly thought South Africa was the clear winner of African gaming and thought South African gamers would beat all the other African gamers. But now I know that countries like Zambia, Egypt, Nigeria have really good gamers too. So, I decided that instead of just focusing on one group of gamers, I might as well just focus on everybody and try and work with as many people as possible. So the whole of Africa, the fighting game community is really strong. It's probably the strongest it is right now.”

So, with the African FGC at its strongest, it is really encouraging that Illusion Gaming is happy to work with everyone, and their stance is that as long as you are good and dedicated to your craft, you are welcome to the family.

So far, we have a very ambitious team with huge hopes of creating a legacy within the African gaming space, but how are they putting themselves out there? Well, at the moment, the best strategy seems to be social media. Illusion Gaming has accounts on Twitter, Facebook, and even TikTok. They are harnessing the power of social media to expose African gaming to the world, and with their players competing in various tournaments (like Mark the Shark and Killjoy’s excellent run in the Kolosseum Global tournament), they are slowly but surely getting people to notice. Not only that, but they are also trying to make their mark on the world stage. For instance, Chimba ‘Killjoy’ Mutale, an excellent Zambian MK11 player, was set to showcase his skill at the WePlay Dragon Temple tournament in December 2020, but visa issues meant that it was not to be. They aren’t giving up, though, with plans being put in place to ensure that any opportunity to have their players on the world stage will be explored; this includes massive tournaments like CEO.

“If you think about it, there's no real content creation team in Africa,” Fabio mused as he discussed Illusion Gaming’s purpose and plans. “Like, if you look around, you have 100 Thieves, Faze clan, and so on. Meanwhile, in Africa, there is nothing like that. So we were like, Okay, well, that's actually a good thing for us, because we could be the first ones to do it. But it's also bad because we can't really look to anybody else to see how to do it in Africa.”

This, of course, means that there are a few obstacles on the way, and while that could be a thorn in the side, there are more things to be optimistic about because there is a clear plan. For fighting games, the team is focused on the biggest titles: Street Fighter V, Mortal Kombat 11, and Tekken 7. 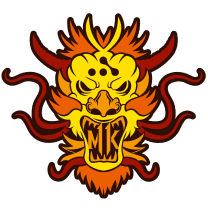 We’ve gone on and on about Illusion Gaming and its impact, but we should take a moment to meet the members of the FGC who carry the Illusion Gaming banner on their backs. For the FGC, there are currently three players on the roster:

Mark ‘Mark the Shark’ Moonsamy is a South African Mortal Kombat 11 player. He started competing in MKX but only really focused on MK11 recently. So far, he has thrived with various tournament wins, including the recently concluded Kolosseum Global South Africa tournament.

Chimba ‘Killjoy’ Mutale, from Zambia, also competes in MK11 and is a bonafide competitor. Formerly of AI Gaming, Killjoy has tournament wins in Mettlestate and CGL Africa. His MK pedigree cannot be understated, and in the recent Kolosseum Global tournament, he made it into the top 8.

Finally, we have Farouk ‘DaXpt’ Suleman, who competes in Tekken 7. He started out with DOTA 2 before taking on Tekken competitively. Formerly a casual, he took part in a Tekken 7 tournament, coming second on his first try, and from there caught the competition bug. He has been competing ever since.

On speaking to all three players, it became evident that there was something that drew all of them to Illusion Gaming: A well-rounded experience. So far, we have seen too many African teams focus on competition without paying as much attention to content. Illusion Gaming is well aware of how important content creation is, which is why all their competitive players are also relatively prolific content creators. As Mark said, “Content is key, and I think the more content we push on the different platforms, the better. We need to partner with other organizations who share our vision too; the more exposure, the better.” Competition is a great way to showcase one’s talent, but when that is backed with solid content creation and the exposure of that content, this only raises the team’s profile.

The next thing you might wonder about is how the players can keep up a sense of camaraderie since they all live far away from one another, and with the Covid situation, coming together is nigh on impossible nowadays. But, that doesn’t seem to be a problem for the Illusion team as consistent communication and lab session between the MK players has created a sense of familiarity within the group. Even more impressive is how much effort Illusion Gaming has put into the welfare of the players as they give pointers, help with exposure, and so much more for their personal streams (Check out Dax on Twitch). They even go as far as to help players edit their videos which frees up more time to lab or create more content.

At the moment, Illusion Gaming has a diverse roster that runs like a well-oiled machine, and this has helped the company create an enabling environment for its players. 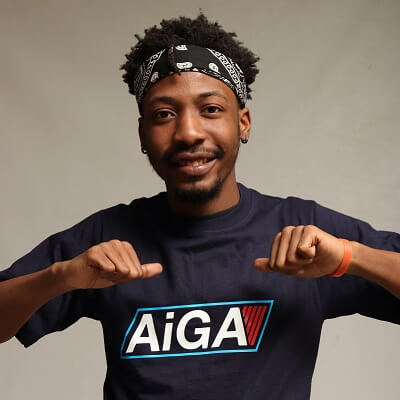 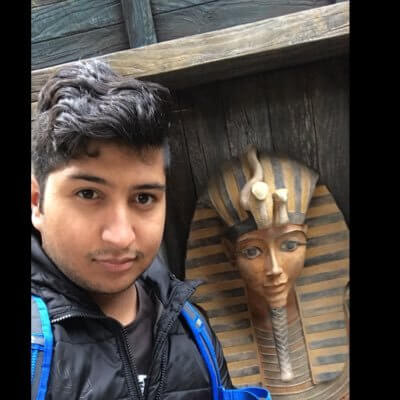 So what’s next for Illusion Gaming? It does seem that they have it all figured, although as we know, not everything is perfect. They’ve had to create a social media profile from scratch, and it’s a lot harder to get people to sit up and take notice nowadays. This is a fact Fabio alluded to as he admitted the difficulty in getting people to see what they are doing. There are also some of the more widespread problems that come with creating something this unique in Africa, including cultural biases, poor internet infrastructure, and irregular electricity. But, this has not daunted the team from Illusion Gaming as they have their eyes firmly fixed on the future, a future in which they consolidate an amazing brand that is purely African and pave the way for a future generation of African gamers.

I, for one, will give a lot to see that.