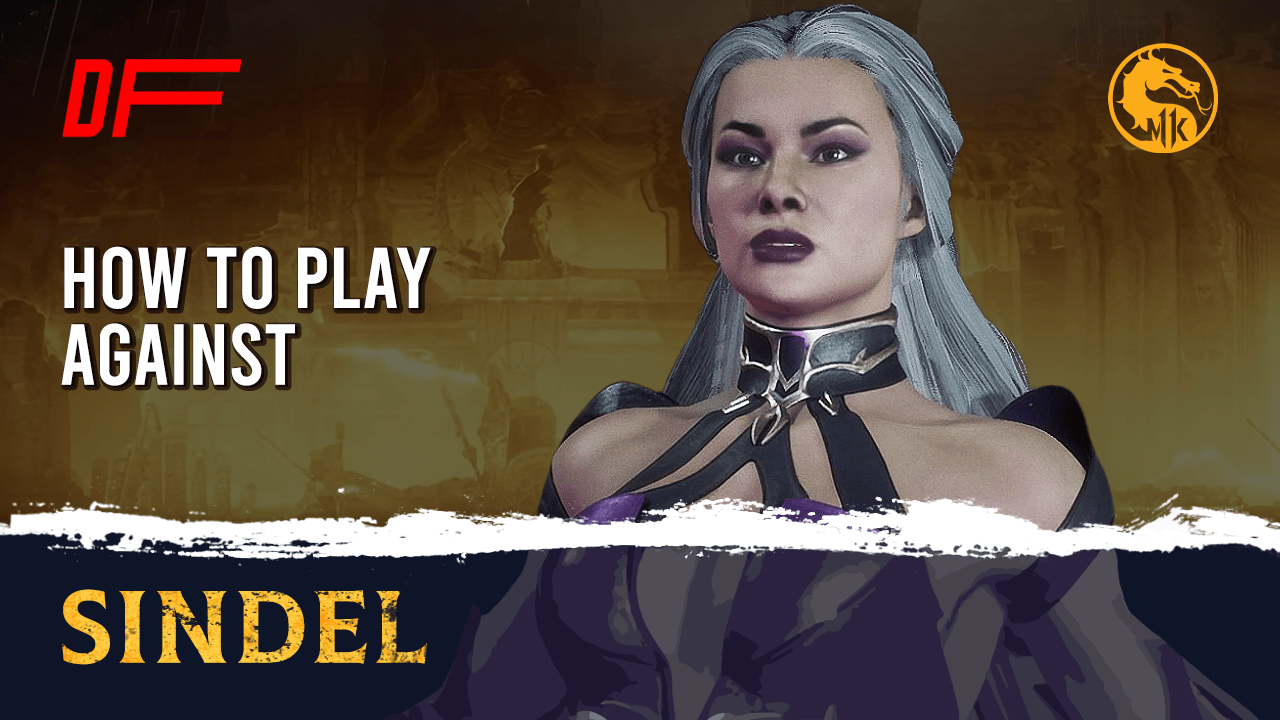 The woman with the loudest scream in all of Mortal Kombat might be a hassle to deal with, but we have you covered

The Scream Queen herself, Sindel is a character that doesn't feature too high on the tier list, but she is also a bit of a handful especially due to her playstyle. She can be really deadly in the hands of a wily opponent, so understandably you might have some trouble defeating her. But, this is DashFight, we are always on hand to help and that's why we are bringing you this guide. Created by Hamou, a Lebanese competitor who has some very respectable tournament finishes to his belt. He will be with us today to explain all the tips and tricks you'll need to defeat Sindel.

So, Sindel is a player that operates in space and looks to keep opponents away. She's able to achieve this thanks to a bunch of moves she has at her disposal including grounded and airborne moves. Most Sindel players take it slow and manage the space properly till they chip away at you and win. Her gameplan is mostly to annoy opponents and frustrate them to the point of indiscipline which she then uses against them to win.

The moves that you could consider to be a problem with Sindel are her special moves and there are three of them to talk about. Knowing what the moves are and their properties should help you start to formulate strategies against them.

Her scream move is one where, as the name implies, Sindel screams and deals damage to the opponent. This move can be problematic as it can be used in various ways. For one, it can be cancelled into something else, which gives it an air of unpredictability. Also, it can be enhanced or amplified to lengthen its range which makes it a lot more difficult to space. Finally, it can be held and used as a launcher through which Sindel can get a full combo conversion.

This is her second special. In it, like Scorpion, she is able to use her hair to bring in the opponent and then launch them back. What makes the move a problem is how she uses it to control spacing. Since it's an armor breaker, it can be hard to defend against. Also, it can be used to switch sides as she can command the hair to throw an opponent to the other side.

The third special move is Regal Presence. This moves allows  Sindel to float in the air. It is useful, but in pretty limited situations. She can cancel it by pressing DD, but beyond that, there's not much else to it.

So, let's talk about variations and the ones Sindel has at her disposal.

This variation gives Sindel her Banshee Dash move and her Deadly Echo. With this variation, Sindel is really able to control the skies and manage her space really well. She can come in against the opponent pretty easily and is quite elusive with this variation.

This happens to be the variation Hamou uses and it is quite useful in the moveset it provides for Sindel. First off, she is able to use her Low Star Screamer which is a projectile. But, it is also a low which would mean opponents have to check their toes. It is similar to Liu Kang's low fireball which means it cannot be low-profiled. This is augmented by the Banshee Barrage which launches opponents and opens the door for significant damage. Understandably, this will not work in every matchup and should be carefully selected depending on who you are facing. Finally, her Whip and Flip is a dangerous move which can be used in tandem with the other two as a decent combo ender.

This is the third variation which people tend to use with Sindel. It has the Whip and Flip and also has her Hair Kut move which has some insane combo potential. It can be used rather easily which can make it a hassle for opponents to deal with.

For Sindel, she struggles against characters that can handle her zoning game and can also deal serious damage up close. Her absolute worst matchups are:

Besides these three, she also struggles with the likes of Scorpion, Shang Tsung, The Joker, and to a lesser extent,  Kotal Kahn.

That's it for Sindel. She is a great character, but has a few gaps that you can exploit and really take her down. You can also learn how to fight Jax along with a plethora of other characters in our guides section. Till the next character, take care of yourselves.