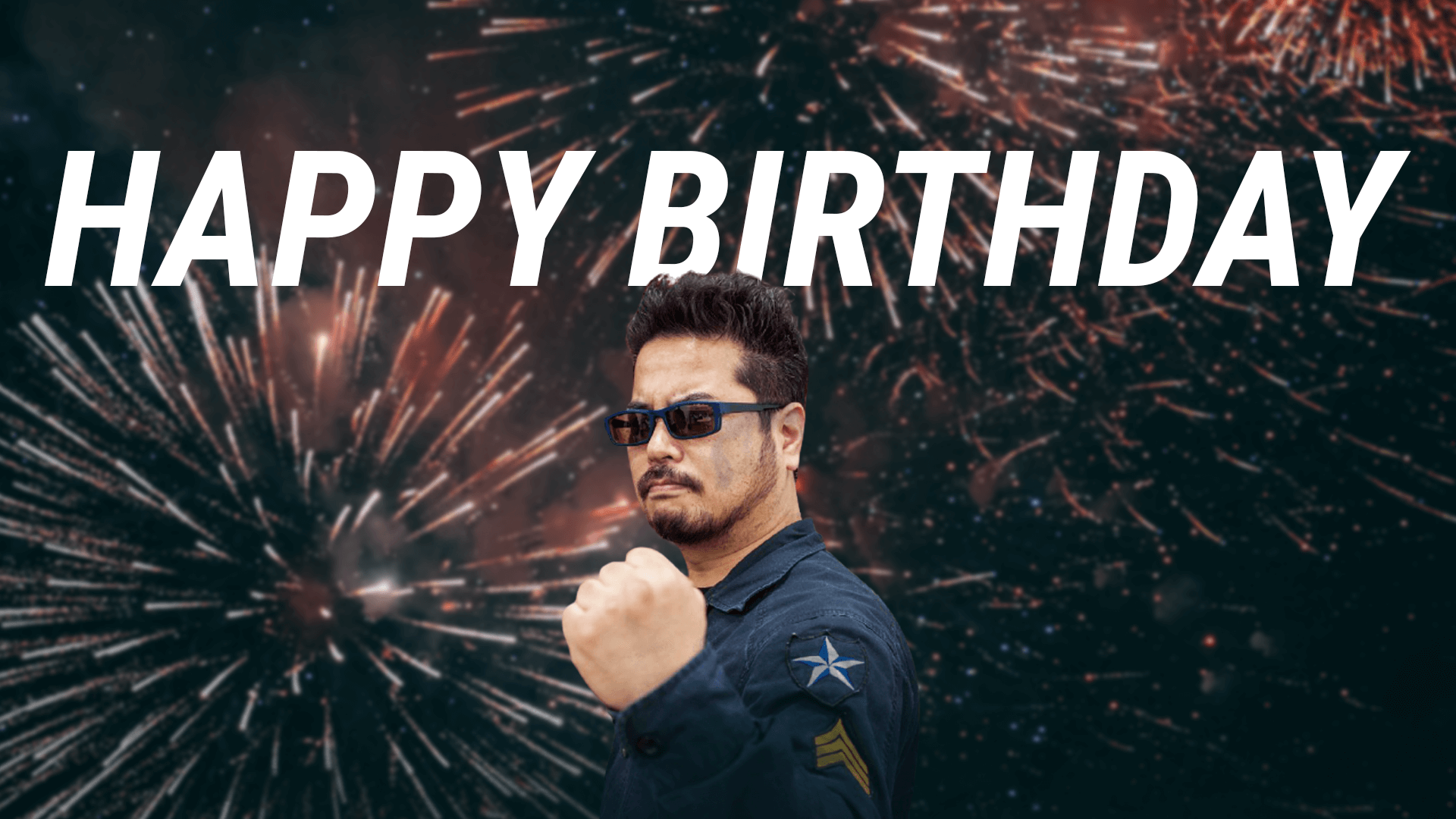 Everyone has heard of Katsuhiro Harada. He’s the game designer and producer of the record-breaking Tekken franchise and the General Manager at Bandai Namco Entertainment. He was born on June 10th in Osaka, and today is his 51st birthday.

Harada was raised in the Nara Prefecture. He loved video games ever since he was a child, but his strict parents viewed the industry with disdain and never bought him a console. But such a passion would not be killed easily – Harada just frequented arcades instead. This played a major role in the future, as after his graduation from the Waseda University, he started working at Namco as an arcade promoter, and later became one of the developers of the very first Tekken game. During his study in Tokyo, he met the creator of the Dead or Alive series Tomonobu Itagaki. The latter was known for his explosive and harsh critique of Tekken after Namco released an ad dissing the DoA games. However, after Itagaki left Tecmo, he stopped trash-talking, and this fact greatly saddened Harada, as he enjoys strongly-worded takes.

Katsuhiro Harada is known for his great legacy as a producer of the Tekken series, but he’s also known for his charisma and sense of humor. Seriously, if you’re not following him on Twitter – do it now. He’s responding to all kinds of questions, retweets art, and jokes around very eagerly and often. One of his most famous bits was when he arrived at Evo 2017 sporting a t-shirt that read “Don’t Ask Me For Sh*t” in a joking response to fans who constantly nagged him for balance changes or for inclusion of their favorite fighters. And if someone still has doubts whether or not that was a joke, the man himself clarified it:

Harada is a man of delectable taste, that’s why his favorite Tekken character is Heihachi (he even named his Shiba Inu “Heihachi-kun”). But he’s also a gracious man, sometimes naming Ganryu as his favorite out of pity for the unpopular fighter. But even he, a man who gladly sides with the weak, was shocked and dumbfounded when a Korean pro-player, Hyeon-ho “Rangchu” Jeong, won the Tekken World Tour Finals 2018 with Panda. Still in disbelief at what he had just witnessed, he asked, “Panda? Really?” A phrase that has since become iconic in the FGC.

Being essentially a father of the most successful 3D fighting game series, there would be no way for Harada not to be interested in the competitive aspect of Tekken. He is a massive fan of professional gaming and even leads, since 2019, Bandai Namco’s fighting games esports division. He has pronounced his admiration for various Korean players, especially Hyunjin "JDCR" Kim.

When our hero started his talk show, Harada’s Bar, he invited one of the most important people, hugely responsible for Tekken’s initial success – legendary Ken Kutaragi, former head of Sony Computer Entertainment and the man referred to as the “father of PlayStation.” Alongside this distinguished figure, several other guests visited this new place: a legendary fighting games player, two-time Evo champion Hiromiki "Itabashi Zangief" Kumada, esports photographer Akira Ohsu, and commentator Genya. Harada’s love for esports poured over even into his new project.

And speaking of professional gaming – Harada isn’t just a fan of the competitive aspects, he’s a solid esports athlete in his own right.

Katsuhiro Harada is a living legend of the FGC, a charisma champion, and the mastermind behind the most successful 3D fighting game series. The whole DashFight team wishes him a Happy Birthday! We hope he will spoil us with great games for many years to come!