Get On my Level 2020 Northeast USA Qualifier Summary 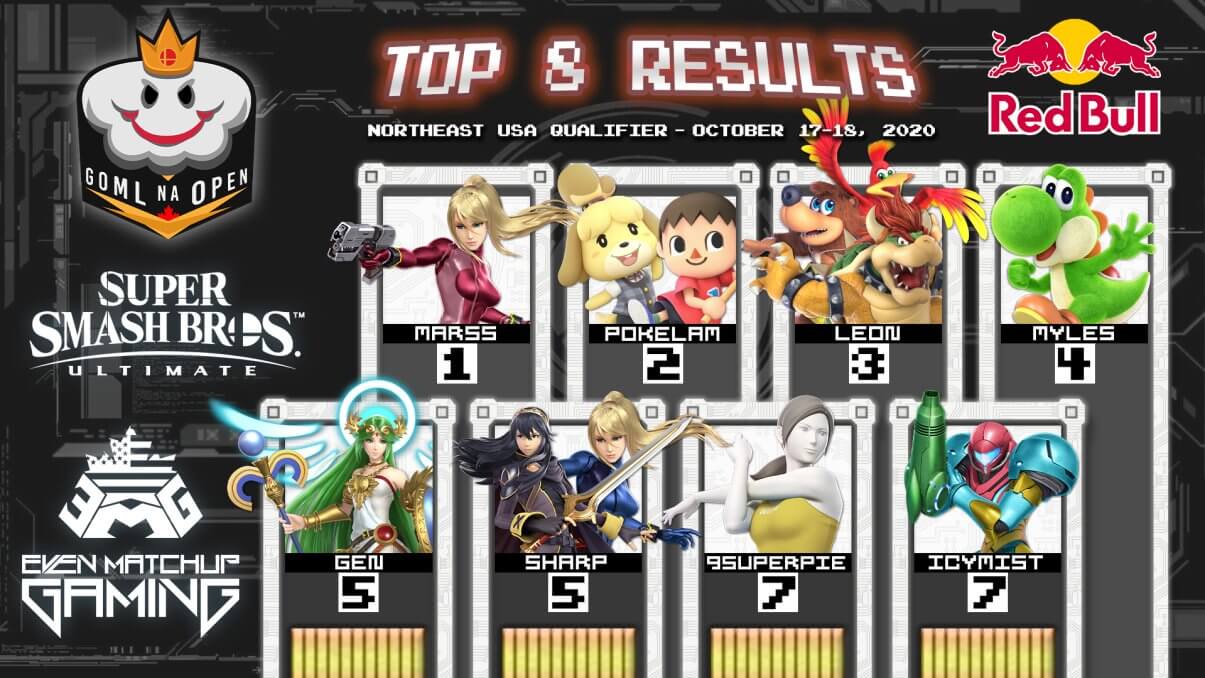 Get on My Level
#News#Interview
A great night for the GruntGang player Pokelam, a runner-up with high hopes for the future

A big milestone for Get On My Level

This weekend marked the last of the Get On My Level 2020 online regional qualifiers ahead of the final circuit on November 7th. In the end, the legendary Tyler "Marss" Martins from Panda Global took the qualifiers by storm and even danced around his final opponent. The event also was the first time the GOML series for the 2020 cycle peaked over a thousand viewers. Unsurprisingly it was for the Grand Finals.

Marss was one of the eight invited players for the second day of the competition. The other seven were:

A player that did overperform was Elam "Pokelam" Rosario. Coming up from the open pools a day before and then standing up to WaDi, Marss, and LeoN. Pokelam didn't see himself in this position when the bracket started. For him, reaching the Top 8 was the goal.

Highlight from the first time Marss and Pokelam saw each other in the winner's finals.

DashFight reached out to Pokelam after his stellar performance, here are some of his comments on that Sunday brawl.

About his overall performance this weekend

I'm very proud, I didn't expect to make it that far. Top 8 was mainly my goal but I would've never expected Top 2, especially when I had to play people such as Dabuz and LeoN. Even if it is WiFi, I think this shows I have what it takes to bring this offline someday.

After his first defeat in the Winner's Finals

It was expected honestly, what was I gonna do in a losing MU against Top 10 on the PGR lol. I didn't go in with confidence but was happy I kept it competitive for the most part.

I absolutely saw it as BM lol, I'm not proud I put him in his place (I wouldn't even consider it that I guess) but more upset that he saw me like that. The fact he switched was unfortunately why I won that set in the first place.

For more news on Super smash Bros Ultimate and other Fighting games, you can follow us on Facebook and Twitter or join our special Discord server to meet other players from the fighting games community.