Farcai: "Online is Just Not the Same" 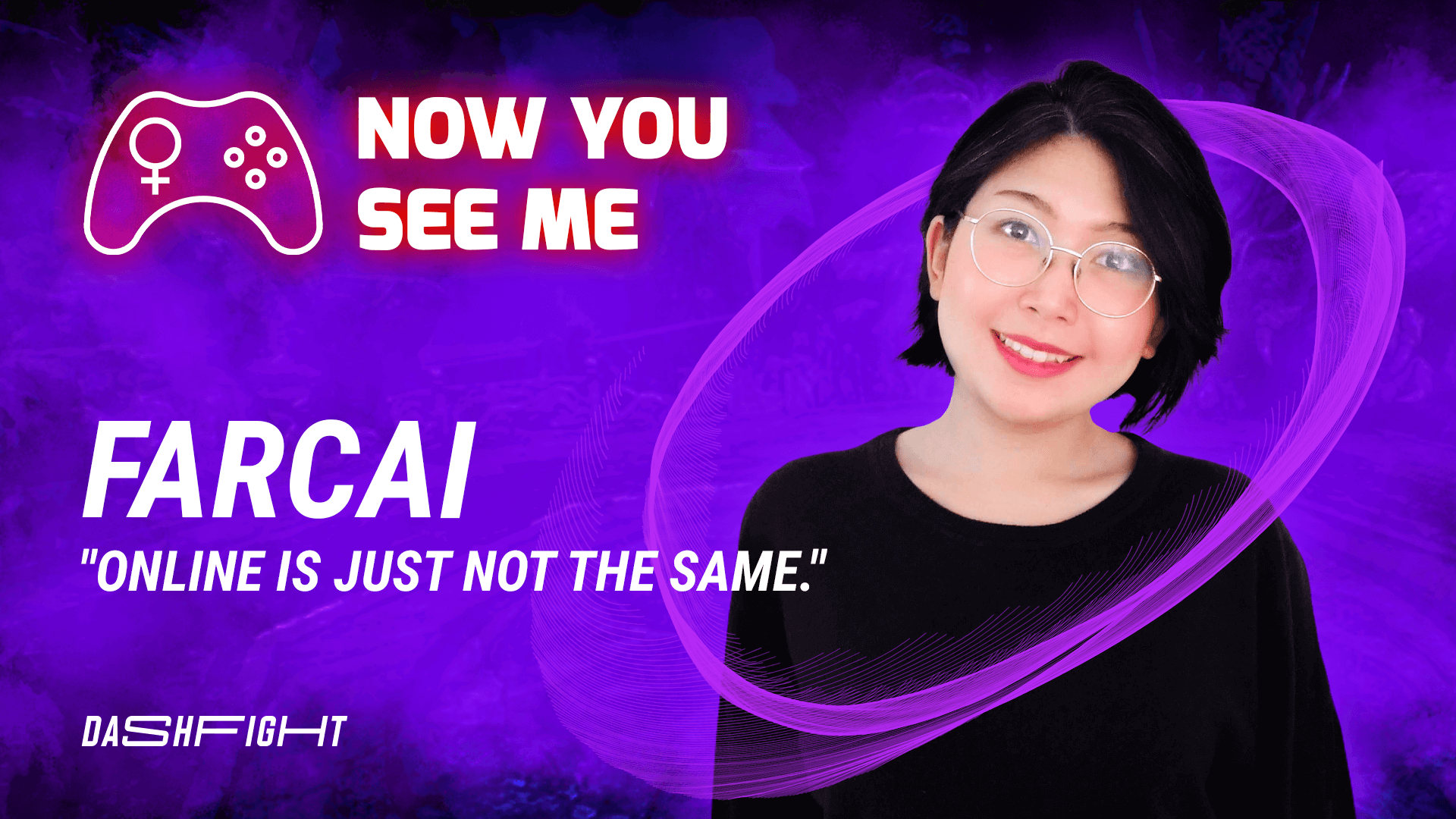 Talking with Farcai about the Danish FGC

Europe is home to some of the strongest contenders in the fighting games community, but it's event organizers who put on great tournaments that keep the ball rolling. Our next guest for this new biweekly feature on DashFight focusing on Women in the FGC - Danish Tekken 7 Player and Tournament Organizer - Farcai.

Michelle "Farcai," S. is an Electrical Engineering Student and is a Co-Founder of FGC Aarhus. She mains Feng Wei in Tekken 7 after switching from Steve Fox. Farcai is passionate about the fighting games community, Japanese pop culture (anime/manga inclusive, of course), and make-up which helps her embrace her femininity in both the FGC and the male-dominated tech industry. She looks up to model and former AKB48 member - Haruna Kojima for her femininity, relaxed demeanor, and tendency to go at her own pace while still remaining professional.

Check out the previous installment of Now You See Me featuring QueenArrow.

Farcai, Gaming, and the Danish FGC

I heard you got two Top 8 finishes the other week; congrats. What other games do you play, and which upcoming games are you excited about?

My main game is obviously Tekken, but I play a lot of different games. It's just that I don't practice them, and because of COVID, we just started locals up two months ago. It's more motivating to actually practice any games now because we can play with other people. Online is just not the same.

I'm looking forward to The King of Fighters XV, even though I only really caught an interest in KOF14 towards the end. Sometimes you just watch players do their thing and just can't stop looking at it. I had that feeling while watching ET - the Taiwanese player compete.

How did you get into fighting games?

I grew up with Tekken, and it was my favorite game title of all time, especially Tekken 3 on the PlayStation. My family didn't really have much money, so consoles weren't really a thing in my house. Instead, I would go to my friends who had consoles and ask if we could play.

I just got hooked on that title because it was something that I couldn't always do right. You know, children and always wanting to do what they can't. So I had a kind of hunger from playing Tekken, mainly but also Mortal Kombat. I just liked fighting games without knowing it was a genre.

When I moved into a dormitory for Gymnasium, which is what we call our high school, my neighbor had a PlayStation 3 with Tekken 6 on it. We had really open dorms, so instead of socializing, I would just sit in his room and play all the time.

I was hooked on it, but it never occurred to me that you could play this professionally or competitively until my boyfriend (we were just besties then) showed me EVO tournaments in the USA. It was wild to realize, whoa, of course, you can play competitively. He was just getting started with Street Fighter IV and offered to teach me. So we kind of started playing Street Fighter IV together, and that became my first competitive fighting game. I never got any good at it, but it was an experience. Later we heard that there was a tournament in Copenhagen, the capital of Denmark, called HeadStomper. We went there, played some Tekken and Street Fighter, then met the rest of the Danish community. The FGC was centered around the capital because we were like 30-50 people max, but now we are much more significant. We also work a lot with the people in Copenhagen because my city (Aarhus - the second-largest city in Denmark) and Copenhagen are like the two of FGCs.

Can you tell us more about the FGC in Denmark?

Denmark loves culture and cultural events that can enrich our lives, especially when relevant for the younger population - teens and young adults. Esports is a significant cultural thing that younger people can participate in, making them very popular in Denmark. Still, fighting games are not really seen as esports because it's not a popular genre when compared to shooters and MOBAs.

How supportive have your family or friends been?

I don't think my family really knows what's going on besides the fact that we're playing video games because my family is actually quite old at around 60 plus years old. It's also a different time. They know I'm going to university and studying engineering, which to them means making TVs and phones. It's not like they're not supportive, I just don't think they really understand what's going on, but they let me talk about it and respond, Oh, that's nice, Michelle.

You co-founded FGC Aarhus and are involved with SaltyEU. How did that come about?

Back in 2017, we attended a retro gaming day at our main local Library in Aarhus, which hosts cultural events. They had a Street Fighter II Turbo tournament on a big arcade machine, but it was a single-elimination. Although this one player was outstanding, he didn't even get top three because of how limited single-elimination tournaments can be, especially in older games. I didn't judge them because fighting games were unknown, but we were a bit salty about him not winning.

Only 5-7 people who actually showed up played fighting games. So after the event, we told them to hit us up when hosting future tournaments, and they were surprised that we actually wanted to play. That's how we started the local. We had a meeting with them, borrowed some rooms, and about five of us met once every other week and played just one game. Now we meet every week with at least 20 people playing multiple games, including Guilty Gear Strive, Smash Ultimate & Melee, Dragon Ball FighterZ, so we've come a long way.

SaltyEU was actually my boyfriend, Aisk's, idea, and he did everything at the beginning. He's the main organizer, team, and server owner. He also handles streaming and production. We have our workspaces set up in the same tiny office, and it's great seeing him do what he likes. Before we let players log their scores, I would help out with stuff like that and problem-solving. I was just helping out when I could. It's also grown into a weekly tournament for three games; Guilty Gear Strive, which is really popular now because it's a new game, Dragon Ball FighterZ, and Tekken 7.

What about Divine Muses?

Divine Muses was the idea of my friend - Streamer/Photographer - Voyevoda Rose from the UK. I'd met her at VSFighting in Birmingham, which was my first international major besides the LCQ in Amsterdam. We talked about how difficult it was to meet up and get to know other women, so we started out as a European community for women in the FGC. It has expanded worldwide, and now we're working on including even more people, especially those who want a safe space and community. Rose has a lot of ideas, and we both had a lot of Discord experience. We started the server and just started spreading (not quite like wildfire), but it's a good community. Things are a bit silent right now because no events were happening. Hopefully, we'll get it up and running again soon. 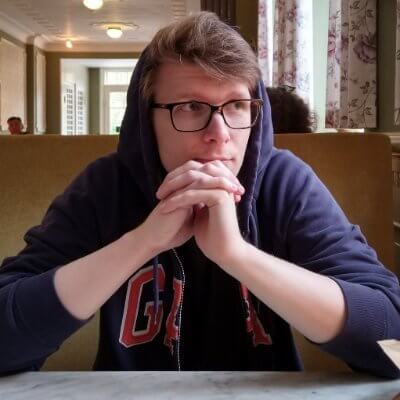 Is there any reason why you’ve shifted focus from competing to content creation and organizing tournaments lately?

Mostly money, I think. In 2020, my boyfriend and I decided not to travel, then COVID came, and we couldn't travel. We couldn't even meet people or have our locals because I closed it off pretty early on. That's why I just haven't been really motivated to play any fighting games and only stream whenever I like. I usually only play at locals and don't really play at home, although I've been really into Pokemon lately.

It was natural not to compete in that way, and we just started local two months ago. I think everyone is happy to come to play and not focused on competing except Smashers, who are really intense about their power rankings. We're like a nonprofit organization that gets financial support from the government and has a board of five people who decide stuff of which I am the Chairman. We're getting older and more experienced, and it’s just natural for us to help out in other ways.

You mentioned money earlier. How do you feel about inequality things like that bring in gaming/esports spaces?

It's always different for everyone, right? I'm very committed to the Danish FGC, which is very different from the Irish FGC or the American FGC. Every local community has its problems, which probably result from their area and culture.

It's really tough to think about here in Denmark because we can get so much support, like getting the venue for our locals for free and not charging. People who want to come and play just have to bring their controller along.

Quite a few people have told me that it's much nicer to go to FGCAarhus because it's free, and I agree because I'm building it on my ideals. Still, in Copenhagen, they have to pay crazy amounts of money for the venue because it is a larger city, and they are part of the more significant esports community.

What positive change would you like to see in the community?

I'm very event-oriented, and the offline communities are so precious to me because it is a great part of being in the FGC. Many of my friends talk about not feeling safe and comfortable at events, but I've been lucky to travel with my boyfriend and our friends from our local community. I guess that makes me harder to approach in a way. Whether you’re a man or woman, once you're alone, you can just be approached by anyone and put in these uncomfortable situations.

The uncomfortableness and anxiety can make people decide against going to events. That makes me sad to think because I've had so many great experiences and want everyone to enjoy attending offline events. I may have just been lucky, but I haven't had those experiences, even though it has been challenging and stressful at times. I've gotten pretty good at fool-proofing events. So every time I experience an issue, I always take it as a chance to think differently.

There’s a Lee Tekken player here in Denmark called Zashiro. She’s a close friend who has competed in HeadStomper 2019 and is getting interested in streaming. Although she hasn't had the finances to attend more events, I think she deserves more hype.

Farcai's enthusiasm about fighting games has helped build a vibrant community in Aarhus and keep it afloat through a global pandemic. I can’t wait to see what she does next. Be sure to follow her on Twitch, and look forward to our following interview. If there’s a phenomenal woman in the FGC that you don’t think is getting the kudos she deserves, contact me at vanteya37@gmail.com