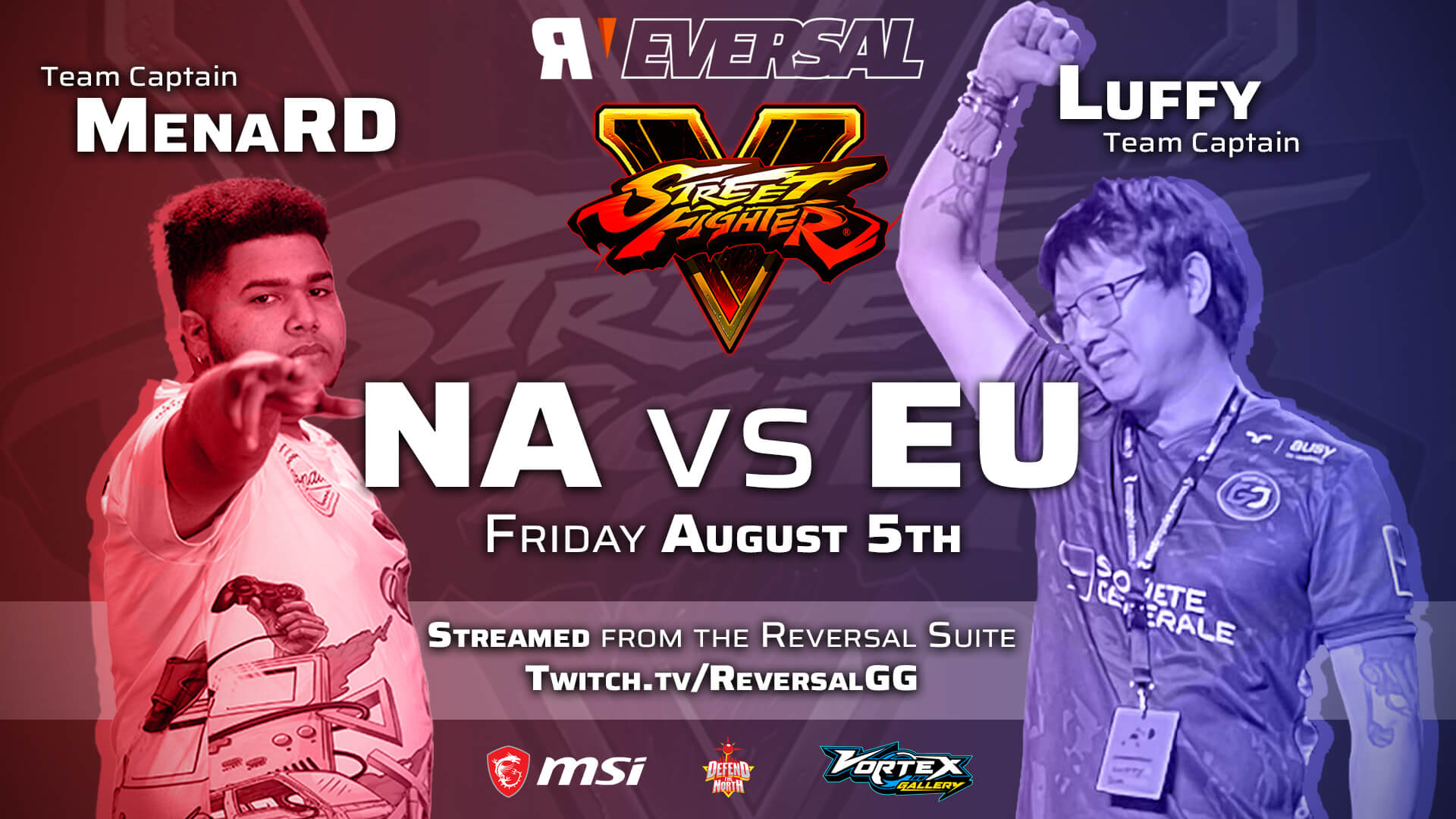 Phenom was the hero for the EU in the 9v9 exhibition match against North America. The event was highly anticipated as both regions battled for supremacy. At some point, it even seemed like it would not move forward, but up stepped MenaRD by taking the responsibility of captaining North America, and once Luffy volunteered to captain EU, the event was set.

There was some minor confusion as some individuals argued about the legality of having Mena and Caba, both from the Dominican Republic, as part of Team NA. However, some compromise was reached as Team EU was also allowed to put out Angry Bird and Big Bird, both from the Middle East, as representatives.

The event took place after the day's activities and was streamed on Reversal.gg's Twitch channel.

It was a 9v9 done in a winners stays on format.

The NA put out iDom first in a bid to beat out everyone and taking victory for North America. The plan seemed to work initially with iDom taking out Angry Bird and Mister Crimson. But up against former Evo champion Luffy, iDom was unable to get past Luffy's Mika and was knocked out. Luffy then went on to claim some more scalps till Mena entered the fray. The Capcom Cup winner then took out Luffy, Kilzyou, and Ryan Hart before falling to Phenom.

It was at this point that the EU won, with Phenom beating up everyone that came against him, including Smug, JB, Arturo Sanchez, and Caba. EU won the exhibition with both Big Bird and Problem X not even getting a chance to play.

While this isn't likely to end the debate on which region is better, it'll certainly give the Europeans (and Middle Easterns) more bragging rights.

With all their hopes on the line, North America will hope that a representative from their region can take Evo.