Dhalsim Could Be Tokido's New Main 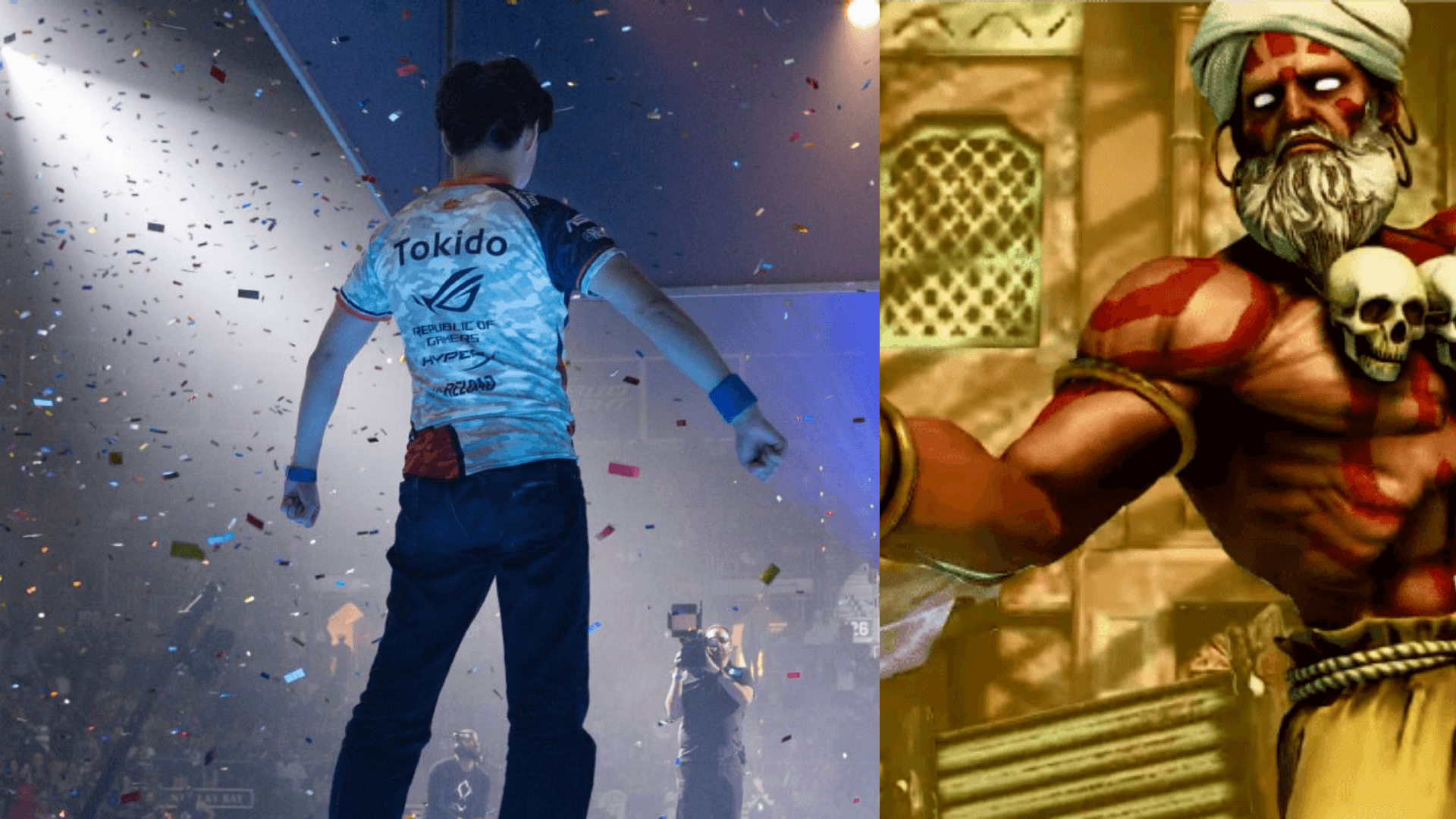 The multi-award winning player may have found his new character

Tokido might be going through something of a character crisis and it is possible that Dhalsim might be the character he switches to. Tokido has been a mainstay in Street Fighter V since its release in 2016 and was totally dominant in the game up until 2019 winning tournaments left, right, and center. In 2020, the pandemic hit and there have just been fewer tournaments in general. However, Tokido did not stop winning taking the Topanga Championship in 2020 and the Intel World Open - Japan & South Korea Regional Finals in 2021.

In a recent stream, Tokido talked about using Dhalsim and he intimated that he might be making a switch to the long-limbed yogi in future tournaments. In his sets with various players on stream, Tokido used Dhalsim a lot and he commented that the character is hard to use. When asked by a viewer if the Hitbox made using Dhalsim easier, Tokido said that the Hitbox didn't provide the regular advantage with Dhalsim.

For a time, Tokido was synonymous with Akuma using the raging demon to tear opponents apart. This lasted for a while until Akuma became nerfed and less effective. Tokido then switched to Urien who he used to win the Intel World Open. He subsequently switched to Luke and has been using the character in recent times. He has dabbled with Balrog for certain match-ups but seems intent on making Dhalsim work.

Dhalsim is a top-tier character with great players like Mister Crimson and YHC-Mochi representing the character.

It'll be interesting to see how Tokido evolves with Dhalsim and whether the flame master could become the new terror in the hands of one of the greatest fighting game players to have ever lived.