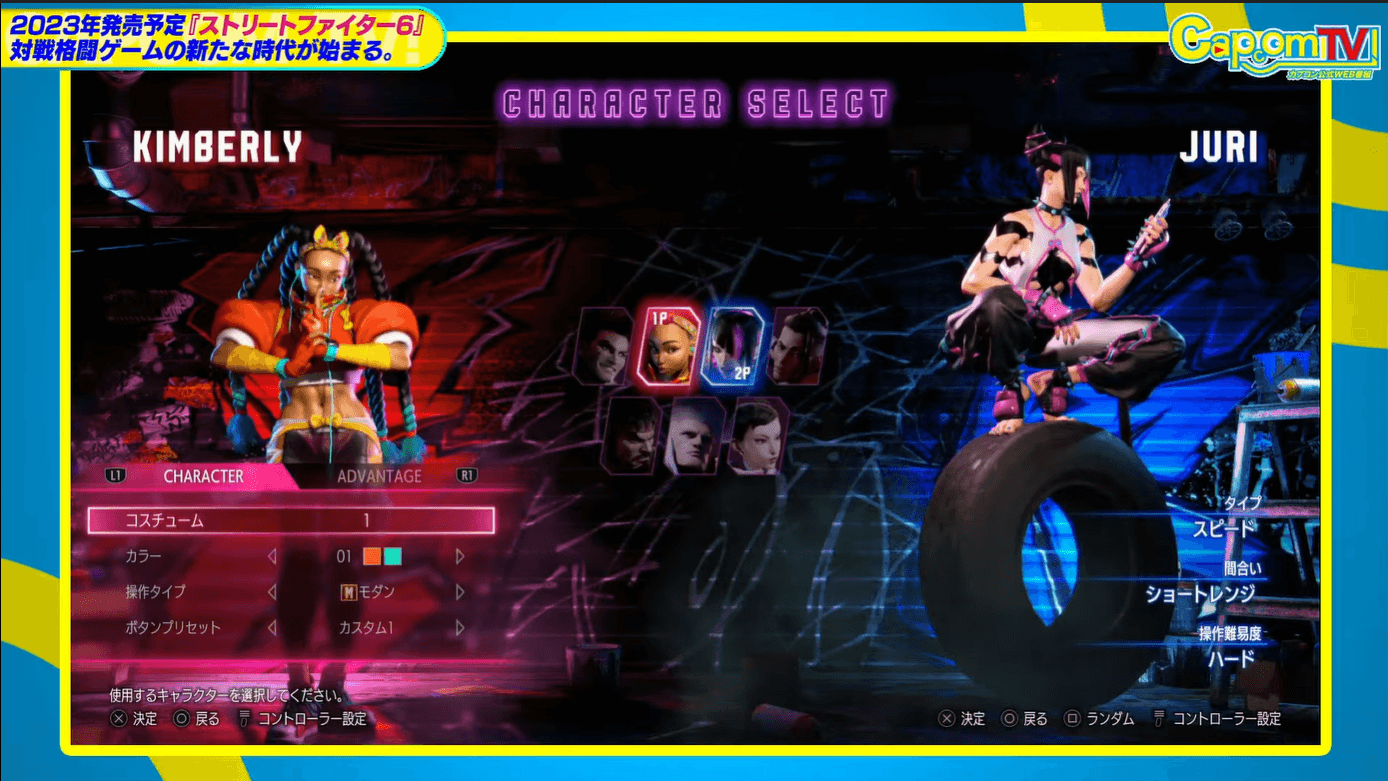 Today, 7th September 2022, we got to see for the first time, what Juri and Kimberly could do in Street Fighter 6. This is thanks to a live showcase involving Street Fighter 6's director, Takayuki Nakayama, and Producer Shuhei Matsumoto where they showed off a little of what the newest SF6 characters were capable of.

The Capcom men played on a new build of the game which has all seven characters that have been announced so far.

The showcase itself was a little over 10 minutes long, but it gave us some insight as to some of the mechanics of the characters. We'll attempt to talk about a few of the things we noticed and what it could all mean.

The most obvious thing to notice right off the bat was the walk speed of the two characters. Kimberly's walk speed is deceptively fast. She moves almost like a cat stalking prey, and she covers distances in no time. It would see Juri's is slightly slower but is still very decent. She is certainly not as slow as Bison, and neither is she as fast as Vega. That said, Juri's dashes look insane at this point as she is able to cover distances in little to no time. Interestingly, unlike Street Fighter V, where her Feng Shui engine started off with a dash, her Feng Shui engine here (which is now her level 2 super) doesn't go into a dash.

Both Characters have Stores

One of the most fundamental mechanics for Juri is her stores. In Street Fighter V, she could store projectiles which she could then use on opponents. In SF6, it seems she retains that ability, and she can do three as with SFV. The difference seems to be that she seems to be able to throw out projectiles even without the stores, and the stores act to enhance the projectiles. Interestingly, Kimberly also has a store mechanic, but for her, it's her spray cans. It seems she can store up to two of them at a time, and she can use them raw or at the end of her level 1 super. Better still, Kimberly's store doesn't take time, making it less of a disadvantage during combat.

There's probably stuff that more high-level pros could spot that we currently can't, but we also got a sneak peek at alternative costumes for both characters, with Juri even getting a little hair makeover by going blond while Kimberly changed into a cute blue top. Juri also has a dive kick which is reminiscent of one of her Street Fighter IV moves. It also seems that Kimberly's level 2 super is a good way for her to get out of the corner as she jumps in the air and then shoots down diagonally with great speed.

All in all, it was a great presentation which will only whet the appetite for the game even more. You can watch the video below (the showcase starts around the 51st-minute mark), and we hope you're looking forward to the game as much as we are.

Keep reading DashFight as we'll have all the latest news on Street Fighter 6 and other fighters.