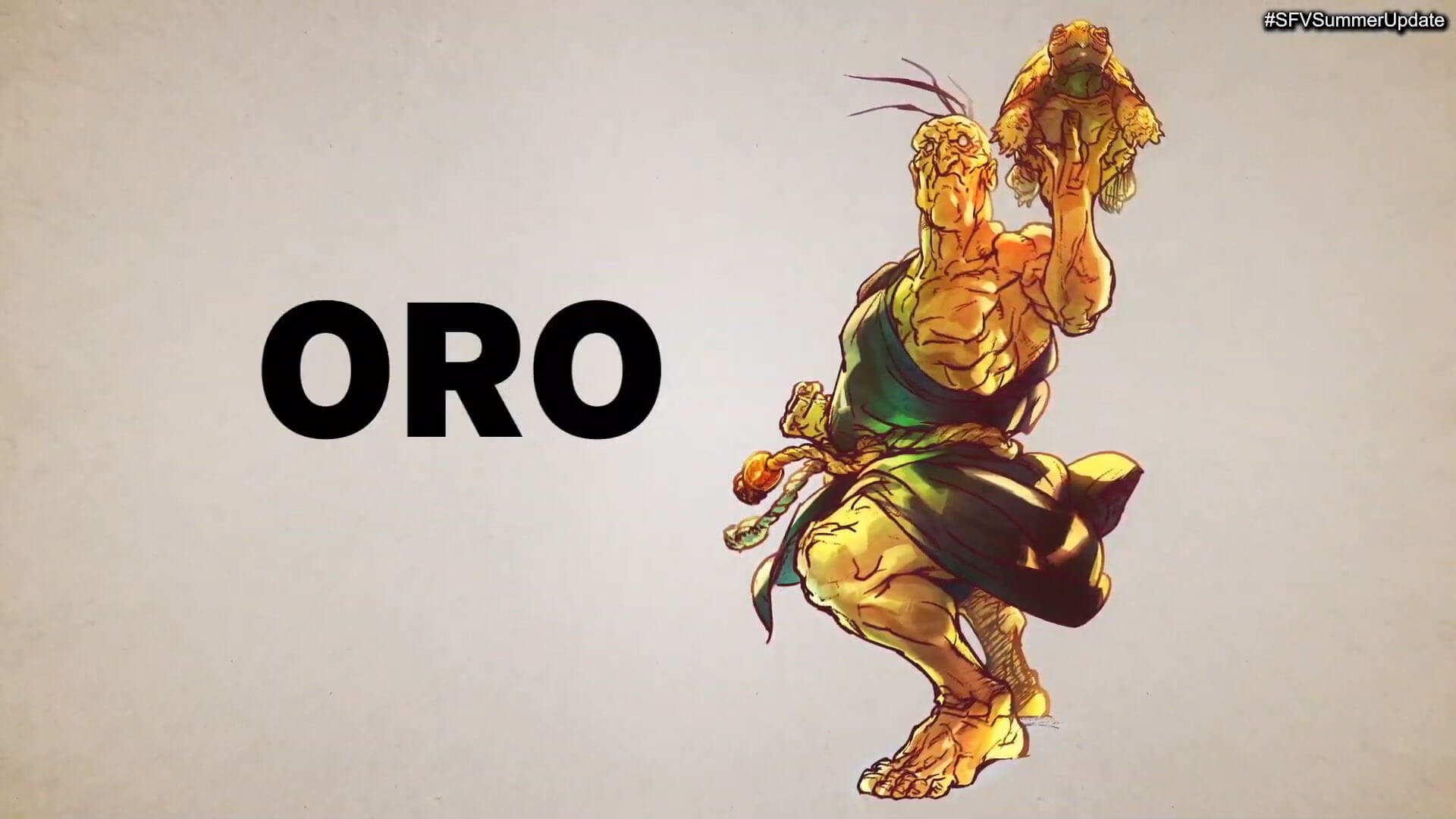 Keeping an eye on the upcoming event, Capcom has released a new sketch of Oro.

Though we didn't see much of this famous turtle figure in Oro's Street Fighter 3 appearance, it looks to be front and center for the character now. Street Fighter 5 Director, Takayuki Nakayama, was sure to point out that he and his team are designing Oro to have some sort of special balance mechanic involving his reptilian friend.

In addition, we informed that the departure of Ono from Capcom delayed Street Fighter VI release date.