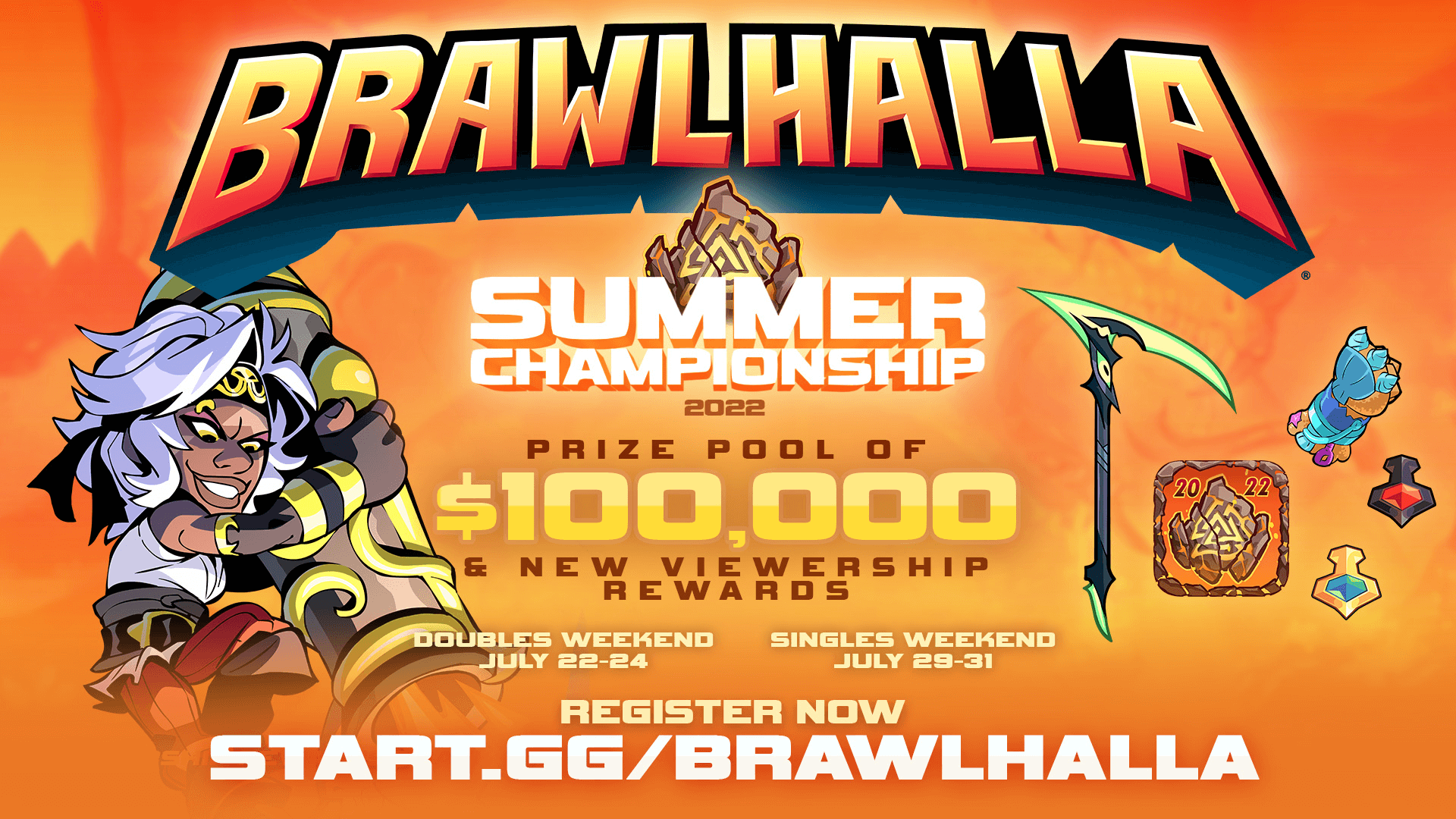 Pic Source: Brawlhalla on Twitter
Are you ready to prove your mettle at a big open tournament?

One of the things I personally like about Brawlhalla esports is how accessible its official tournaments are. Sure, it’s not easy to reach the top level — you meet really, really strong players on the way. And still, it’s so easy to sign up for a big open championship and gain competitive experience. Yes, the process is similar to online events for many other fighting games (for example, through the PlayStation Tournaments platform). But Brawlhalla offers this awesome flavor of an official event from the game developer.

For many players, this step is hard as… ok, just hard. It’s one thing to play casual matches, compete at the Online Ranking Season, or carve your way through the tiers of Brawlhalla Battle Pass. And it’s much tougher to register and actually participate in a pro tournament (“Can I have a bit more practice, please?”). Still, this step is essential — for your esports career and just for bringing the competitive excitement to the next level.

The Brawlhalla Summer Championship happens on July 22-24 (Doubles) and on July 29-31 (Singles).

Let’s not forget another cool thing — the tournament has divisions in 5 big regions.

At the same time, official Brawlhalla events are super rewarding even for the viewers — in a totally direct way. If you don’t want to fight your way through the brackets, just enjoy the streams on the official Twitch channel and get cosmetic items to your inventory.

However cool online tournaments are, the hottest competitive fire ignites on the offline events. Did you watch the fights of the Brawlhalla Midseason Championship? Do that! Treat yourself!