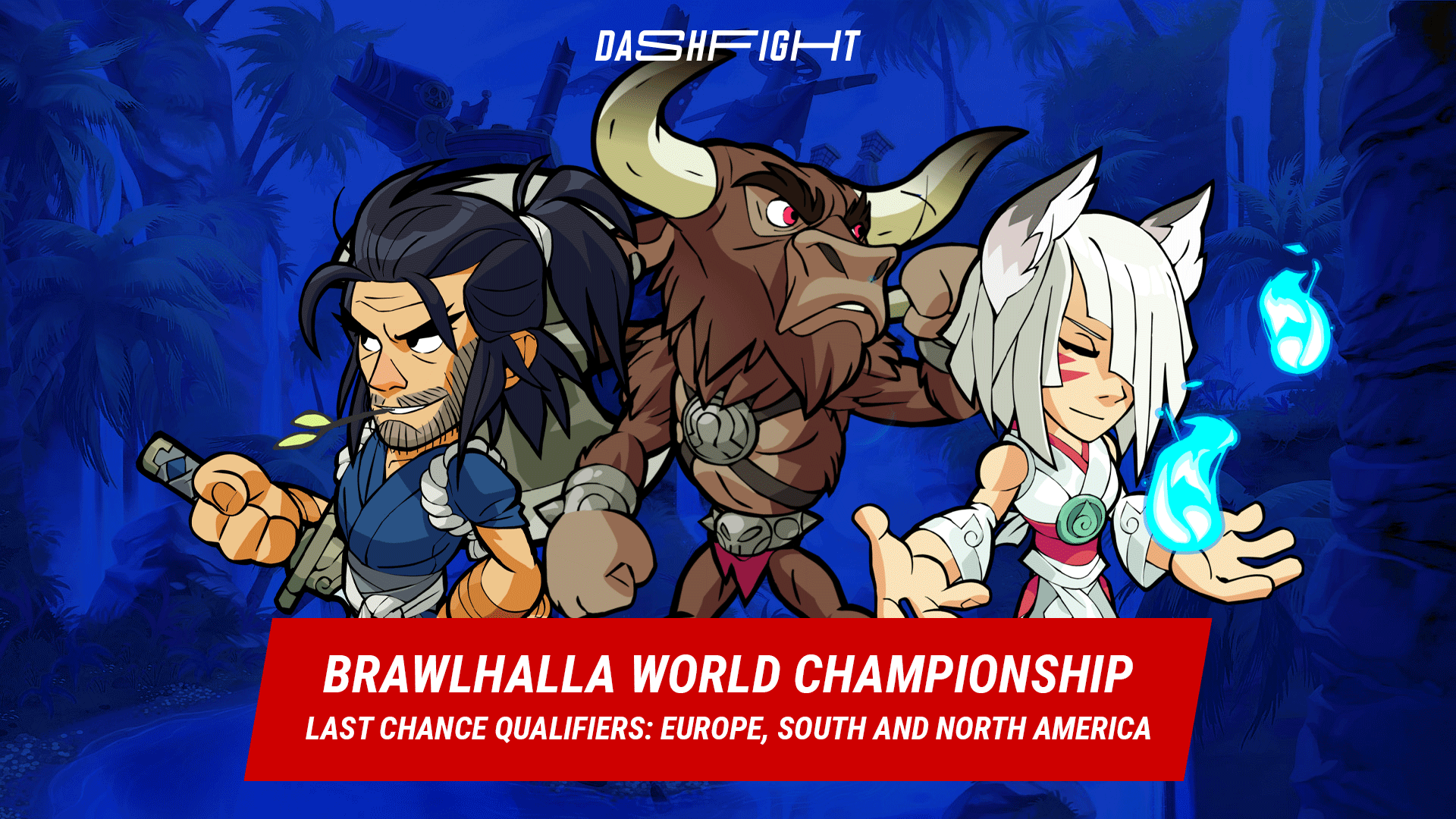 November is a great month for Brawlhalla esports — it’s a BCX month! Regional Finals of the World Championship start on November 13/14. Most of the participants got their spots in previous qualifying events, but still, there were three “tickets” to fight for. And three players got them by winning Last Chance Qualifiers in their regions.

Hazer_Delta with Teros won the event in Europe after resetting the Grand Final and defeating Magi.

The winner in South America is Lores with Koji. Their opponent in the Grand Final was Hyper.

In this event, A blazZe Guy was the hero of this tournament and celebrated a well-deserved victory. He played Yumiko and defeated Impala in the Grand Final.

The World Championship is a super exciting event, and we at DashFight look forward to witnessing those Brawlhalla fights.

November still has some qualifying events to offer. 2v2 matches happen this weekend, so you might be interested in watching them live. Or, you could find the results on our fighting games platform.

Would you like to boost your own progress in Brawlhalla? Then check out our Combo Guide!