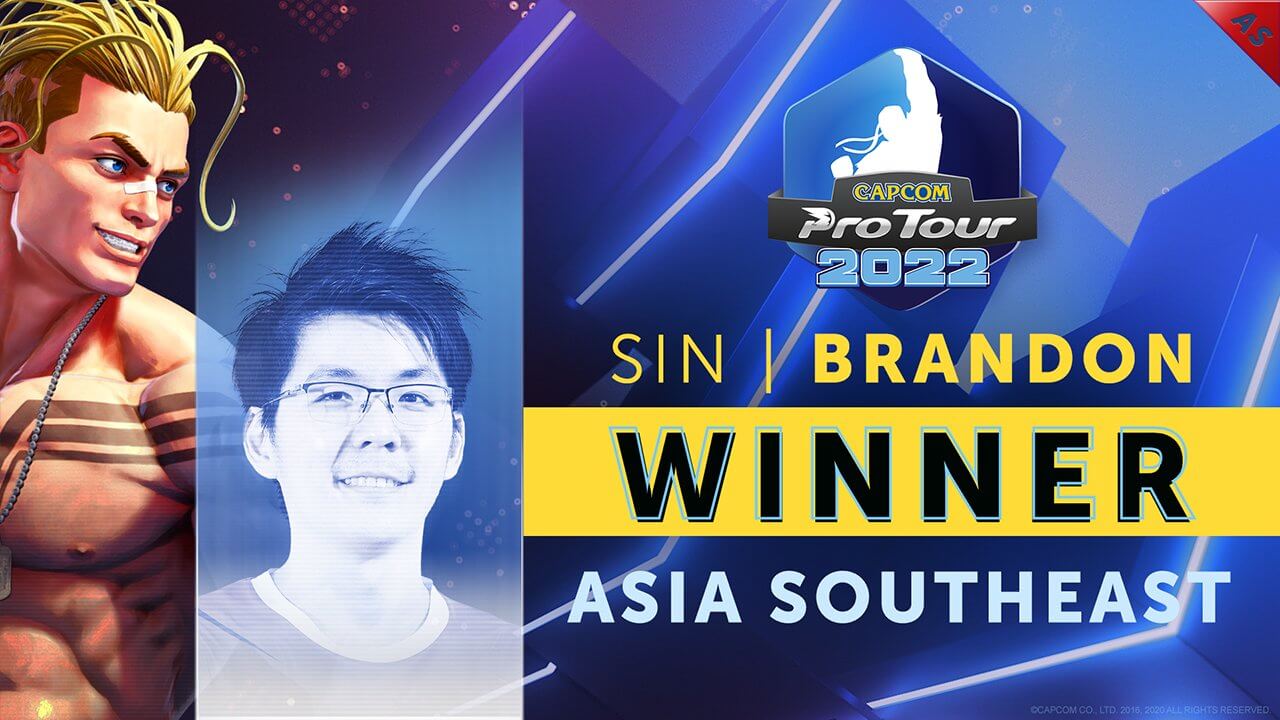 Brandon Chia is the latest winner in the Capcom Pro Tour 2022 winning in the South East Asia tournament. The Luke player won after a grueling grand final with LacunaC whose Falke was a threat throughout the tournament. In a tantalizing final, Brandon using Luke, beat LacunaC's Falke 3-2 to emerge as the next qualifier for Capcom Cup.

The Top 8 of this tournament was stacked with the likes of Xian and Bearpop in contention. Xian started top 16 in the losers bracket but showed his quality to make it into top 8. While in top 8, he expertly dispatched Bearpop and Davloh before finally falling to LacunaC. LacunaC, for his part, was irrepressible and even though he started the day in losers bracket, and looked very well poised to win the entire tournament. He beat everyone that came at him with relative ease using his Falke's zoning tools to completely neutralize every opponent.

Brandon's fast and furious Luke style was also difficult to defeat, and it came to a battle of rushdown madness versus controlled defense and zoning. In the end, Brandon was the winner.

In his winner's interview, Brandon explained that he had cut himself off professionally from the South East Asia scene and had practiced with Oil King extensively to prepare for the CPT. He also stated that he would not be attending Evo next month as he would instead use his time off to go on a honeymoon with his wife.

The next region is Central America East which will happen on the weekend of the 30th of July. It'll also be the last CPT before Evo next month which somewhat gives it a bit more shine.