10 Characters We Want to See in Mortal Kombat 12 | DashFight 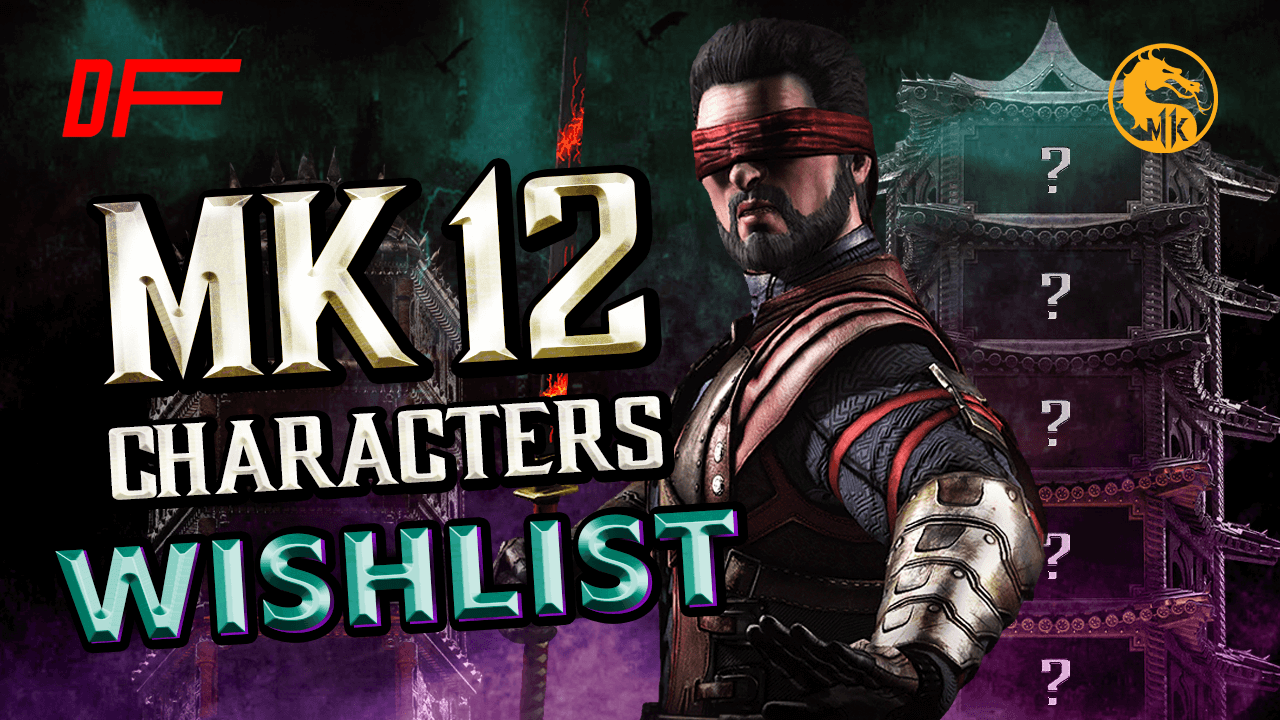 There are way too many characters to choose from, but these are our pick for who we want to see in the next installment of the series!

The Mortal Kombat franchise has seen over 80 characters come and go from its games. Some are inseparable from the core of the series, such as Sub-Zero, Scorpion, and Johnny Cage, to name a few. But many others had a single appearance across dozens of games, and honestly, they could do with another try.

Let's be honest. Cassie here represents any of the new generation characters, like Jacqui Briggs. The reason for her inclusion is down to the fact that, for as much as we love the old rugged members of the roster like Johnny, Kung Lao, Kano, etc. They had decades of character development and many opportunities to get to where they are now.

Cassie and the rest of the new age squad should be treated to the same opportunities to build those memorable experiences we want to see. Think of it as a passing of the torch type deal, though in this case, the torch is more like a ripped spine.

Cassie, in particular, could be an excellent vehicle for franchise veterans. She is no longer a fish out of the water but also inexperienced enough to make the wrong decisions. She still has to come to grips with the death of her mother, Sonya, even if a younger version might be around, and her job as a special forces commander is, without a doubt, a massive responsibility for her.

She is a pressure cooker ready to blow, and NetherRealm Studios could certainly produce something that makes that explosion a sight to behold.

Cyborgs are cool, ninjas are cool, and cyborg-ninjas are coolest. Sektor and the whole storyline of cyberzied ninjas from the Lin Kuei clan should be in the next Mortal Kombat game. Is it a convoluted story that requires a lot of suspension of disbelief? Yes, but that is what makes it fun.

It harkens back to the Mortal Kombat roots of having cool characters and increasing world-building simply because it made for a fun hook.

If I sat you down and told you that in this game, you are going to fight ninjas who have been coerced into replacing most of their body with cybernetic enhancements, and one of them can literally shoot rockets out of his chest, would not be interested in playing that? Does that not pique your interest? It sure does mine.

In Mortal Kombat 11, we also learned that, in this revised timeline, it was Sektor who corrupted Bi-Han to the point of becoming Noob Saibot. Furthermore, after the explosion of the Cyber Lin Kuei factory, Sektor is still alive. That is a narrative plot line that surely is worth exploring further.

In Mortal Kombat 11, Fujin was added as a playable character in the very last piece of DLC for that game. We could argue that was a bit of fan service, as he is a well-liked character among hardcore fans of the series.

So why not extend that generosity to Kenshi? Even more so, given the release of a new animated series in which he is the protagonist!

If you explore the Krypt in Mortal Kombat 11 you will find his dead body and be able to see the souls in the Krypt. Perhaps if a future Mortal Kombat game is a prequel to the events of MK11, there could be some explanation as to his death.

We’ve already name-dropped Kenshi, but what about his son Takeda? Last we heard of him, he was engaged to Jacqui. Perhaps their relationship and having to balance the duties of being part of the special forces could serve as the emotional tension for a side story in a new game.

In terms of Gameplay, there is no denying that Takeda’s heavy emphasis on whips as his signature weapon, alongside his arsenal of ninja armaments, would be welcomed after appearing only once in Mortal Kombat X.

In keeping with the theme of ninjas who deserve another go. Smoke is a great gameplay facilitator for NRS, the ability to effortlessly transform into smoke could have similar implications as Fujin and Noob Saibot. Massive mobility, rushdown style gameplay. Better yet, it's been a good few years since we’ve seen a playable version of the character, giving NRS the room to experiment with his kit. Just imagine what he could be like with next gen graphics. Is anyone up for some Ray traced Smoke reflections and -diffused light? Sounds toasty.

Besides that, Although not a mainline character, Smoke is a very recognizable ninja, in no small part due to how he really was just a palette swap in Mortal Kombat 2, which continues to be the title most people associate with the franchise.

Smoke can also serve as a vehicle for a new story. He was not present in Mortal Kombat 11, outside of him being one of Shang Tsung’s moves. That opens the door to carry on his story from the reboot, in which smoke was killed and his soul captured by Shang Tsung. In a theoretical expansion of that, maybe Smoke could be revived and fight alongside other Earthrealm warriors.

Unfortunately, this will be a hard one to justify lore-wise. The last time we saw Goro he was dead in his lair in Mortal Kombat 11, but he could still be around by the time the next installment rolls in; it wouldn't be the first resurrection of the series after all.

The biggest reason Goro makes this list however, is that with Geras presumably taking a break, we are going to need a solid grappler, and Goro, with his four arms and all, can fit that description perfectly.

He is an original character that has always been able to bring a lot of eyes into the series, even the latest Movie teased him! If he is destined to be relegated to the role of a background or easter egg, at least give one last go with the character.

Have you ever played through the krypt and into the pit? You may have spotted two figures ducking it out in the background, well, those two are Rain and our titular ball of flame: Blaze! He is arguably one of the most powerful beings in the entire series, as confirmed by Ed Boon himself, but he has very little fan recognition. Nevertheless, he could be a seriously interesting character in a modern Mortal Kombat game.

For one, although he is made of fire, he is also malleable as clay, having only appeared in the second installment of the game as a background character. Hint, the pit fight we mentioned earlier was originally from that game, and his other recognizable appearance is as the final boss of Mortal Kombat Armageddon.

An all-time underrated character that fits right at home with Mortal Kombat’s outworld aesthetics. He might be a brand new character to the franchise, appearing for the first time in Mortal Kombet 11, but his unique play style and personality could be a great fit for another game.

He is an unrepenting greedy monster who will take any opportunity to improve his standing in the brutal outworld food chain. Those traits alone could make him a fun secondary character for any future major villain.

Mortal Kombat 3 centurian sub-boss Motaro would be a great technological challenge for the team at NetherRealm Studios. Although there is a simple approach to treating Motaro as a normal fighter, just one with special kick attacks, there could be some interesting approaches to emphasize his physical abilities and sheer size.

Fans have long decried the loss of his hind legs after his first appearance, so if there is an opportunity to right the wrongs of the past, then with modern technology, surely that time is now.

We said at the start that this was just a numbered list but not an ordered one. Well, we are breaking that promise a bit here. Reptile should be a playable character in the next Mortal Kombat game, no matter what.

We’ve had versions of reptile where he is just a palette swap, others in which he can partially turn into a lizard, others in which he is a humanoid lizard, and most recently, in the Mortal Kombat reboot movie, we’ve seen him be a straight up lizard. If that is not range I don’t know what is.

It's about time we have a version of reptile that is playable and has all the modern Mortal Kombat features players love. He sat one out with Mortal Kombat 11, and now that we know he won’t be added as DLC, because development for that game has stopped, the campaign to get Reptile into the next game has well and truly begun.