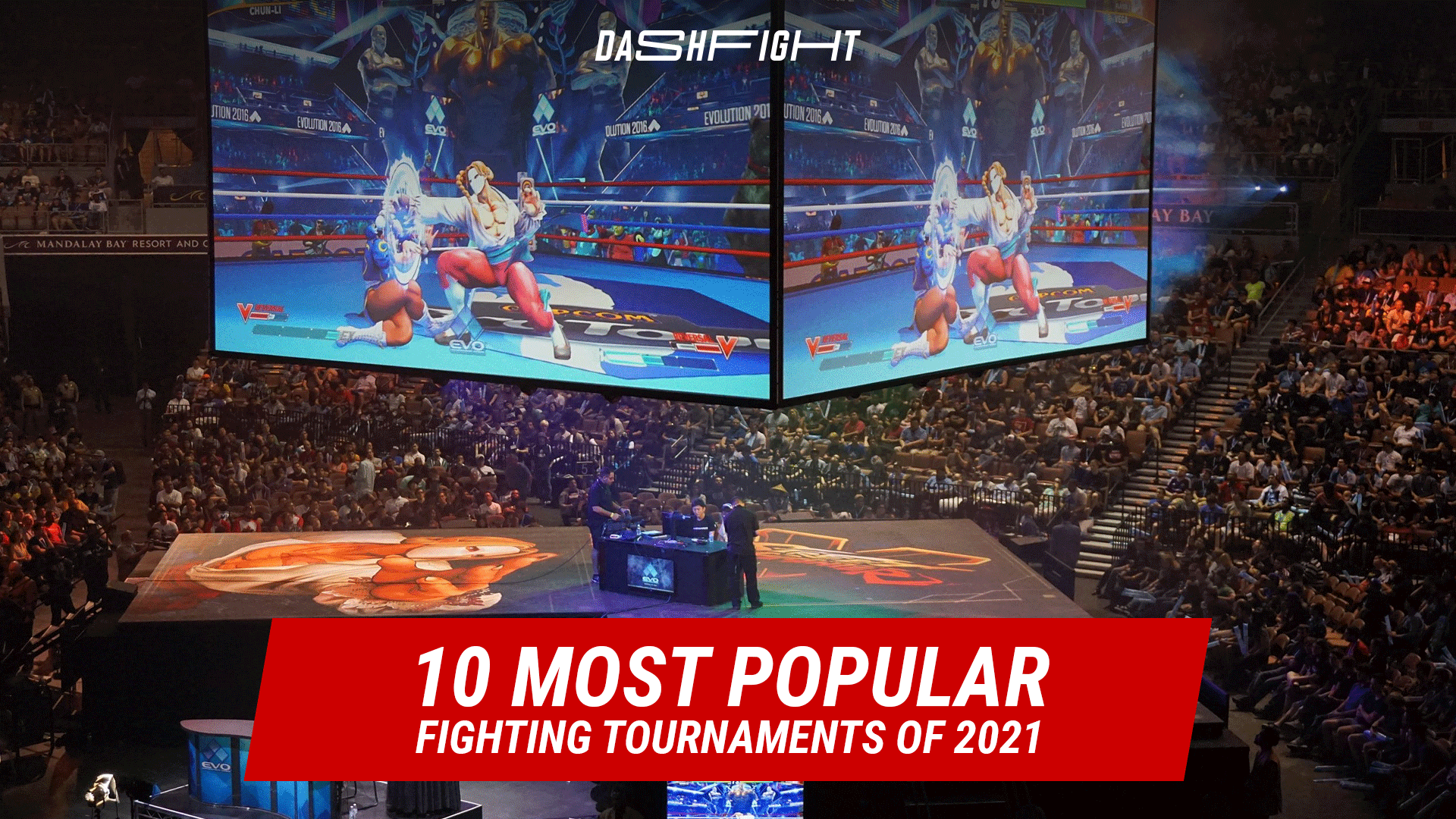 The gaming space has never been more exciting than it is now. This is due to the ridiculous numbers that video games are doing. From viewers to buyers, video games and esports are at an all-time high. Within this humongous ecosystem, we have the FGC, which many consider to be one of the more niche areas of fighting games, but I wonder how much longer this can be regarded as accurate. Project L is currently under development, and the hype for that game is at an unprecedented level, with hopes abounding as to the numbers this game will bring in. Beyond that, we can’t ignore big wins for Fighting games like Street Fighter, which was featured at the Intel World Open, which was effectively the Olympics for esports.

The first consideration is how do we define most watched? There are various metrics, including peak viewers, average viewers, total hours watched, etc. The easiest way to calculate is usually the total number of hours watched, and while that is a decent metric to go by, it might not tell the whole story. For instance, Smash Summit 11 was watched for over a million hours but considering that the event itself was almost 50 hours long, viewers will naturally record longer watch times.

On the other hand, the AT&T Annihilator cup for Mortal Kombat 11 was watched for almost 400,000 hours and was on for only about 200 minutes with an average viewership of about 110,000 people. So, in that case, what tournament was watched most? Therefore, in this article, we’ll look at three major metrics: total hours watched, peak viewers, and total hours watched for each game, and then rank the tournament based on the numbers for that particular area. Also, we’ll be focusing on the top games within the FGC (to be fair, the smaller games don’t have anything on the numbers for the bigger games), which include Street Fighter V, Mortal Kombat 11, Tekken 7, Super Smash Bros. Ultimate, Dragon Ball FighterZ, and Brawlhalla.

The numbers for esports tournaments aren’t very easy to find, which is why the guys over at Esports Charts are doing a fantastic job in putting these numbers together. In this metric, the list is dominated by Super Smash Bros. Ultimate and Brawlhalla, with no other tournament besides these two making the list. The most eye-popping numbers come from the Smash Summit 11 tournament, which took place in July and saw a total watch time of 1, 645, 706 hours which is insane. It was the first Summit tournament held offline since last year, and it was a welcome return for the Smash Community. The highest viewed Brawlhalla tournament was the North American Brawlhalla Winter Tournament which was watched for 776, 192 hours with an average viewership of 50, 348 people. This category is filled mainly with Brawlhalla and Smash tournaments, as those ones were usually on for several hours. The only non-Brawlhalla/Smash tournament that narrowly missed out on the list was the Capcom Pro Tour 2020 Season Final which took place back in February. The tournament was watched for 428, 826 hours and saw about 49, 961 average viewers. The Capcom Pro Tour Finals should have had more viewers, but this was impossible as the tournament, which was to be held offline, had to be scrapped and played online instead. So, instead of a Capcom Cup with all the qualifiers present, we got something of an exhibition match between the regional winners and notable opponents from the area. This, of course, meant that the tournament ended up being shorter than it probably would have been normally.  Unfortunately, this also meant that it couldn’t make the top 10 list of tournaments based on watch time. You can see a breakdown of the top 10 tournaments by hours watched below.

Peak viewers is a metric that usually measures the highest number of unique viewers during an event. From the numbers I have seen, it is clear just how popular Smash is, but perhaps what I didn’t expect to see was the popularity of Brawlhalla which has turned out to be a smash hit with a huge community of players and content creators. While Brawlhalla and Smash were hugely popular, Street Fighter V continued to show that as far as traditional fighting games go, they are still on top with the first Capcom Pro Tour of the year, Japan 1, bringing in 74, 833 peak viewers who watched as Mago defeated Tokido to be the first qualifier for Capcom Cup next year. The 2020 finals also drew in a great number of viewers, with 104, 666 peak viewers tuning in. However, the most surprising number was Mortal Kombat 11, bringing in 126, 114 peak viewers for the AT&T Annihilator Cup. This was a unique case as the Annihilator Cup was something of a novelty for the FGC. It featured popular streamers from other games who were not all that familiar with the FGC landscape. It gave people a chance to see the likes of Shroud and Jake n Bake hone their skills for Mortal Kombat 11. You can check out the full list below.

So, as we have seen so far, the top watched games are Smash, Brawlhalla, and Street Fighter. This might be disappointing to some as they won’t get to see the names of their favorite games. So I decided to look at the top tournaments for each of the top games within the FGC, and we’ll go through them one by one.

The top tournament for Street Fighter V was the Capcom Pro Tour which took place instead of the Capcom cup due to the pandemic. This came after the tournament had been postponed from 2020 to 2021; unfortunately, it still couldn’t take place, and here’s hoping that we can see some premier Capcom Cup action in 2022.

As we talked about earlier, this was a tournament that was novel in its approach as it gave us a glimpse of MK11 being played by streamers of other games. This is not to say that other MK11 tournaments which featured more familiar pros didn’t get any watch time. For instance, the second most-watched Mortal Kombat 11 tournament was none other than the WePlay Ultimate Fighting League with 391, 419 hours watched, and it featured some of the best players in the world, including the irrepressible SonicFox.

BCN, or Barcelona Fighters is a group originating from Spain with over a decade of tournament organizing experience. They cover a host of games, including Street Fighter, and Tekken. While the numbers for Dragon Ball FighterZ aren’t the most impressive, it’s great to see that the European community has come together to create an amazing spectacle.

There are those who do not consider Smash to be a fighting game, but if the FGC were to lose the Smash community, it would be a loss considering how large and great they are. Smash Summit does some of the most insane numbers when it comes to viewership, and it can even compete with some of the more mainstream esports titles. Smash Summit 11 was special in that it was the first offline edition, and there was just so much hype at being able to be at a tournament venue in person that it translated into colossal viewership numbers. Mango won the tournament in dramatic fashion, and the win was just what such a monumental event deserved.

The Brawlhalla Winter Championship is the premier tournament for the game, and this was no different. Over 60, 000 tuned in to watch as Boomie got an iconic victory over Java. While the North American tournament was the most-watched, both Europe and South America also recorded impressive numbers making up the top three most-watched Brawlhalla tournaments of the year.

And finally, we have Tekken 7. The most popular tournament was WUFL Season 1, which had over 15, 000 viewers. The tournament also featured Soul Calibur VI and Mortal Kombat 11 and was a spectacle. The production quality of the event was off the charts, and with barely any offline tournaments at that point, watching Arslan Ash win the top prize with some of the players being in the same room for the first time in over a year was heartwarming.

So there you have it. 2021 has been a huge year for fighting games, and while not every tournament has lived up to its billing (I’m looking at you Evo online), I’m pretty excited to see what 2022 brings to the table, especially as many of the biggest and most popular offline events will be back in play.