An ultimate soldier. Dragunov is laser-focused on whatever mission is given to him and executes it at the highest efficiency. His pragmatic attitude and cold demeanor make him an excellent operative and a terrifying opponent.Know more

Know Dragunov like the back of your hand? Write a community guide on our Forum.

So you decided to play Dragunov? Great choice. Despite receiving some nerfs over Tekken 7’s lifespan, he remains one of the most popular picks online, and for a good reason. Dragunov is a solid and well-rounded character that is simple to pick up but rewards those who master his tools.

One thing to understand right away is that Tekken is a type of game where the strategy is significantly impacted by the kind of opponent you’re playing against. Every rank group and playstyle requires an appropriate counter-strategy to succeed. For example, applying knowledge of frame data on lower skill opponents might quickly lose you the game because this King player thought that being at -7 was an excellent time to strike. As such, you need to approach the game gradually and recognize that sometimes the best option is the one that doesn’t work in theory.

As a fresh Dragunov player, you only need to concern yourself with the basics. Go through the moveset and memorize easy staple combos that you can reliably execute. Since Dragunov has many moves that can lead to a side switch, practice the motions on both sides to be comfortable in any situation. While simply playing the game, get a feel for the range your moves have. Knowing the reach of your attack will allow you to punish whiffed moves more efficiently while staying out of harm’s way.

To avoid being overwhelmed with all the different strings and moves, start with a smaller pool of basic attacks like generic d/f1, d/f4, and jabs. Throw in d2 and d4 for low pokes and grabs to open up turtles. Add power crush as a panic button when your opponent is unrelenting in their offense.

At this stage in the learning process, you should focus on committing everything to your muscle memory until you no longer have to think about what combo to use where or what was the input for that move you wanted to do.

Now that you are more familiar with the character, you can occupy your mind with more intricate details. First of all, learning how to crouch dash cancel consistently is one of the priorities for a Dragunov player. Not only is it a necessity for almost the entirety of advanced and max damage combos, but it’s also what gives you access to possibly the best wall carry in the entire game. Incorporating that into your gameplay will net a significant reward and give you more options to play with when fighting opponents.

You should also be able to slowly but surely expand your arsenal. Through trial and error, you will better understand how to apply situational and other niche moves, as well as their impact on your opponent.

At this point, you should have a grasp of Dragunov’s general gameplay, tools, and combos, so it’s time to build up on top of this solid foundation. Begin learning frame data for Dragunov’s moves, mainly paying attention to those that are plus on block to create frame traps. If your opponent doesn’t respect frames, it will get them killed, and if they do, it grants you an opportunity for more advanced pressure. As you might have experienced by now, there are many finicky interactions at the wall, so it’s helpful to learn more complex wall combos and okizeme setups to get the most out of knockdowns. If you are confident in your execution, it’s also worth getting down a consistent iWR2. While you rarely want to chain consecutive WR2s, it’s advantageous to be able to use it point-blank once your opponent is conditioned to respect you instead of throwing out random attacks.

As with many Tekken characters, there’s still much to learn. Stage-specific combos, unique matchup interactions, counters to specific moves, etc. However, with your newly gained experience, it should be simple to identify new problems to solve and holes to patch up.

Now let's look at some of the key moves Dragunov has.

General note: If your combo was interrupted or ended in a wall splat, you could generally continue with 3,1~D/F,n,1+2 for a consistent and reliable wall finisher.

JDCR - Perhaps the definitive Dragunov for Tekken 7. While JDCR’s character roster is expansive, he remains an excellent Dragunov player and produces many videos that help new and experienced Tekken fans. You can watch him on Twitch and Youtube.

Nobi, NRC, Reka - while Nobi moved away from maining Dragunov and the latter two players don’t produce content like JDCR, you can still look up their matches for very high-level Dragunov gameplay. 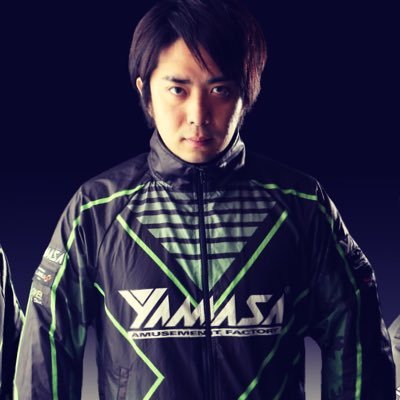