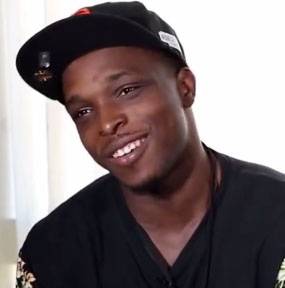 Brandon "YungWaff" Collier is a fighting games esports competitor from Oakland, California, USA. Collier plays Street Fighter V, where he mains Balrog, and Tekken 7. Nonetheless, he is most known as a Super Smash Bros. Melee player homemadewaffles in FGC community. In SSBM, YungWaff plays an array of character, but generally favors Falco.

YungWaff's career began in 2015, with SSBM Melee Singles at I'm Not Yelling! He has been a dedicated SSBM player for 4 years, not playing any other discipline till 2019, when Collier started playing DRAGON BALL FighterZ and SFV. In his Melee times, he took 33rd place at Evo 2017 (SSBM). He also played took part in Evo 2019 with SFV and DBFZ, without taking any significant places however.