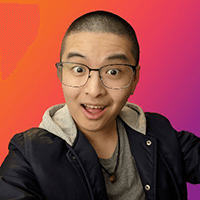 They're experienced in various titles, such as Dragon Ball FighterZ, Street Fighter V, Tekken 7, and Marvel vs Capcom: Infinite.

Seems like XenosKing took a competitive break after 2019 and returned only in 2021 with an appearance at several Tekken 7 and Guilty Gear Strive online tournaments, like EQNX Online Dojo.