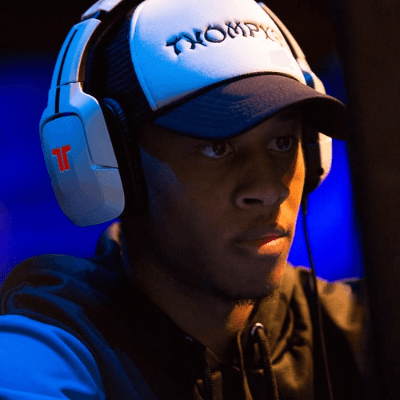 Deion "Thompxson" Thomson is a professional esports athlete from Murfreesboro, Tennessee, USA. Their main discipline is Killer Instinct, where they main Jago. Thompxson is ranked as the 2nd best KI player in the world, with a score of 1981, according to FGCRANKINGS.com. They are also known to play Super Smash Bros. Ultimate, where they main Young Link, Street Fighter V, SoulCalibur VI, and other fighting games.

Thompxson's style in KI is defined by the patient defensive gameplay and precise reads for opponents' openings. They abundantly use Jago's projectiles and special attacks and don't shy away from resetting them for extra damage.