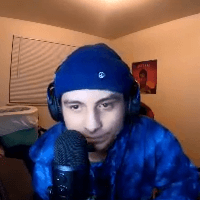 Adrian "TheRoyalBurr" Galaviz is an American Mortal Kombat player and Tournament Organizer. He is the chief of Royal Tribe esports clan and founder of tourneys such as Kombat Kronicles, Royal War, and War of the Great Spirit.

He made his competitive debut at the June 2020 Destroyers Aftermath Tournament PS4 NA Qualifier 3 where he ranked 25th place out of 124 entrants. He also competed in duos at THE FREAKSHOW(2vs2).

TheRoyalBurr mains Johnny Cage in Mortal Kombat 11. He is also a regular streamer on Twitch.