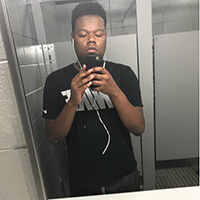 He's an experienced smasher, being playing since Wii U. Also Street Fighter V and Dead or Alive 6 can be named as his main disciplines, but ShadePrince performed also in Tekken 7, BlazBlue: Central Fiction and Soul Calibur VI tournaments several times.

ShadePrince attended lots of events and tournaments, like DreamHack Atlanta 2018 and 2019, Final Round 2019 and Kumite in Tennessee 2020. Big tournaments and big results though are yet to come.

ShadePrince is also a Twitch streamer.