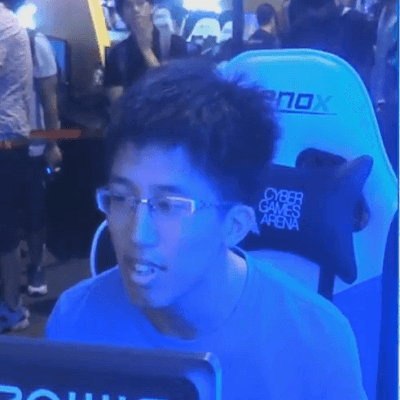 Sarz is a Hong Kong-based Chinese fighting games player. He is well known for participating in the Taipei Major 2019 Tournament Street Fighter V: Arcade Edition event where he ranked 65th place out of 389 entrants. He started strong in the pool 2 second and fourth rounds by winning against fellow participants Rock0730 and Kamayan (かまやん) respectively before losing to siasak in the winners' semi-finals and was finally eliminated from the event when he lost to fellow participant Sato "Nauman" Ryo in the losers quarter-finals.