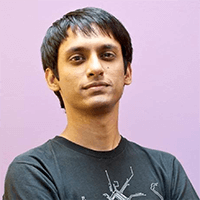 Reepal "Rip" Parbhoo is an experienced fighting games player from the United States. He serves as the App programmer, Chief Editor, and Host for Level Up Your Game.

He's been playing Tekken series since its 5th title and had hit the top-8 at EVO 2008 as Tekken 5 player. In 2011, he made it even further and secured the 3rd place, playing Tekken 6.

Since Tekken 7 came out, Rip's results went a bit down, but he's still attending lots of different tournaments like Combo Breaker or Kumite in Tennessee, where he managed to get to top-16 in 2020.

At the Bud Light Beer League Tekken West 1, Rip ranked 7th with 67% set wins after being defeated by Acumajor and Averiey_RiB. He is also a regular participant in WNF2020 Online Edition.

Rip is also an esports commentator and a Twitch streamer.