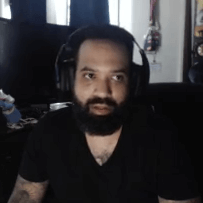 Anthony "Pumperjam" Perez is an American fighting games player who is known to compete in titles such as Street Fighter V, Super Smash Bros Ultimate, and Dragon Ball FighterZ.