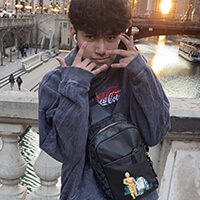 He is competing at various tournaments and events since 2017, when he notably appeared at EVO 2017 in Injustice 2 and Super Smash Bros Melee, took 9th place at Defend the North 2018 and 5th at Summer Jam 12 as an Injustice 2 player. Later at Defend the North 2019 he reached 17th place in MK11 tournament and also competed as Dragon Ball FighterZ player. Pulse also took 9th place at Khristmas Kombat online competition and participated in lots of other online MK11 tournaments, such as Kombat Cup: Road to LCQ, Caged Vendetta's, The Kolosseum, Kombat Island, and many others.