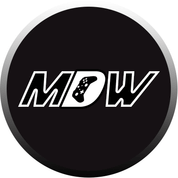 Nathan "Mordinn" Grant is a FGC Commentator and Content Creator from the United States. He plays titles such as Dragon Ball FighterZ, Mortal Kombat, and Tekken 7 and member of Mash House, Texas.

He also founded, organized, and hosts the Modern Day Warriors Tournament series. Mordinn is a regular commentator for events like OutWorldTelevison and Dreameater's Nightmare Series.