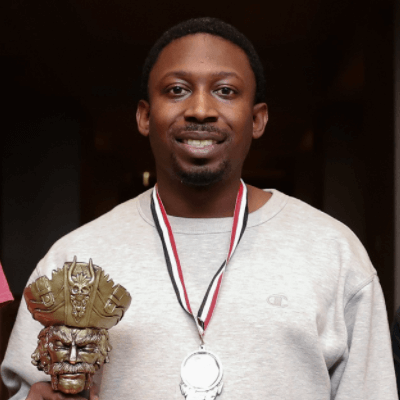 Marquette Yarbrough, known as "Mick" was an outspoken esports competitor from Memphis, Tennessee, USA, who bared a legendary status in the SoulCalibur community. Carl "Perfect Legend" White, Marquette's long time friend, regarded him as the best SoulCalibur player in the history of FGC. Many prominent players share this sentiment to a degree. He was also a noticeable figure in the Tekken community. Mick mained Xianghua in SoulCalibur VI and Julia in the Tekken series.

It is hard to pinpoint the exact time of Mick's entry into the competitive esports, but it can be estimated to happen in 2001. However, his first well-known achievement dates back to Evo 2002 (SCII), where he took 5th place playing Cassandra. By the time of his entry to Evo 2004, he had already become a notorious FGC figure, known both for his skill and contagious sense of self-confidence.

Evo 2004, where Mick took second place (SCII), became a scene for his most famous performance. In the tournament's finale, he played against his friend Rob "RTD" Combs. Both of them were accused of collusion, as two players appeared to play with uncharacteristically low skill levels while using unusual characters. Despite Yarbrough's and Combs's denial of all accusations, the "SoulCalibur II Incident" became a precedent for the new "collusion rule". It allows depriving players who intentionally manipulate the match of prize and title.

In the later years of his career, Mick won at TNEA Arena at Grand Ole Gameroom Expo (SCVI), took 7th place in DreamHack Atlanta 2018 (SCVI), and won at Kumite in Tennessee 2019 (SCVI). He took 49th place in the same tournament playing T7.

In SoulCalibur, Mick shined with light and agile characters, that could support his style, centered around smart positioning, baiting and impeccable defense.

On February 16th, 2021, Mick was shot dead by the unrecognized assailant on the streets of Memphis. In the epitaph, written by Bret “Bob The Destroyer” Baughman, Mick's trainee and friend, is described as a loving and supportive person, who genuinely cared about players and the community as a whole.