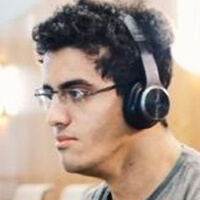 Ahmad "LSOE" Elessawy is a Smash Ultimate and former Wii U competitive player from Austin, US. He's actively participating in various local and online tournaments since 2016, such as Nightmare in Smashland 2019, ULTIMATE 32, Mega Smash Mondays Online, Juice Box series, Flat Combats, Flex On 'Em 2, and others.