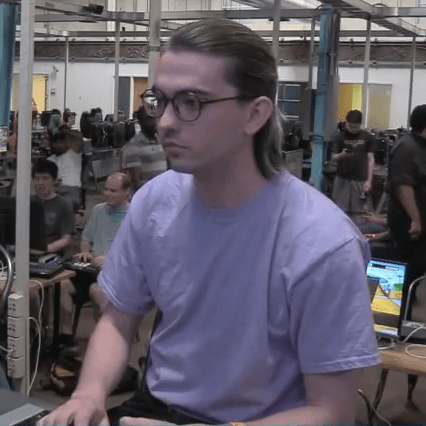 Jonny "LIJonny" Williams is a fighting games competitor from Georgia, USA. Their key discipline is Dragon Ball FighterZ, where they main Nappa. They are also known to play Under Night In-Birth Exe: Late[st].

LIJonny made their competitive debut at CEO 2018 Fighting Game Championships (DBFZ), where they took 385th place. Not long after that, they became a regular at Gwinnett Brawl and Gwinnett Brawl: The Weekly Dojo. Williams has been playing DBFZ there, and also at such notable events as: +2 on Block - March 2019, Pre-Final Round by DATA FGC, MomoCon 2019 (7th place), 4o4 Esports Weekly, CEO 2019 Fighting Game Championships (49th place), в NCA Year Anniversary, CEOtaku 2019, and others.