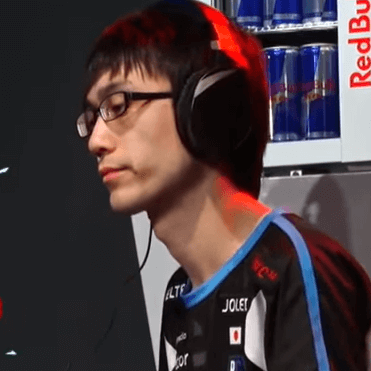 Ryota "Kazunoko" Inoue is a Japanese fighting game player currently representing Burning Core. Born on February 15, 1988, he is a fierce competitor and has dominated his opponents in 2D anime fighting games like BlazBlue: Cross Tag Battle, Dragon Ball FighterZ, Marvel vs. Capcom: Infinite, Marvel vs. Capcom: Infinite, and Guilty Gear for the past decade.

Kazunoko is an unpredictable and aggressive player, which earned him the top spot at Capcom Cup 2015 and CEO 2015 in Street Fighter IV. He also secured numerous wins in Dragon Ball FighterZ through 2019, bringing Yamcha to the spotlight with his great plays. The Ibuki and Cammy main pulled off a 33rd place finish at Final Round 2019, EVO 2019, and EVO Japan 2020.

The multi-talented player was also ranked the 3rd best Dragon Ball FighterZ player of all time, on PGstats' PGRZ 50.