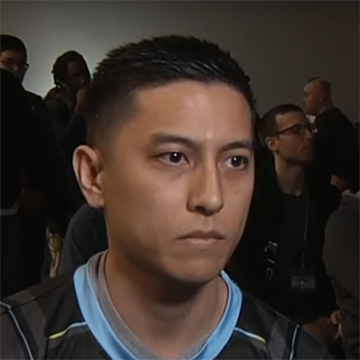 Jonathan "Jchantra" Chantra is an American Tekken 7 player. At EVO 2017, his first major tournament, he notably reached 65th place. He also became 5th at DreamHack Denver 2017, where he also took part in Street Fighter V tournament. At Final Round 2018 Jchantra competed in three disciplines, such as Street Fighter V, Tekken 7, and Dragon Ball FighterZ. In 2018 he took 5th place at Texas Showdown and appeared at EVO with 129th place as a result. At Texas Showdown 2019 Jchantra came even closer to winning the tournament as he took 3rd place, losing twice to Hoa "Anakin" Luu. Jchantra still actively appearing at various local and regional fighting game events and tournaments.