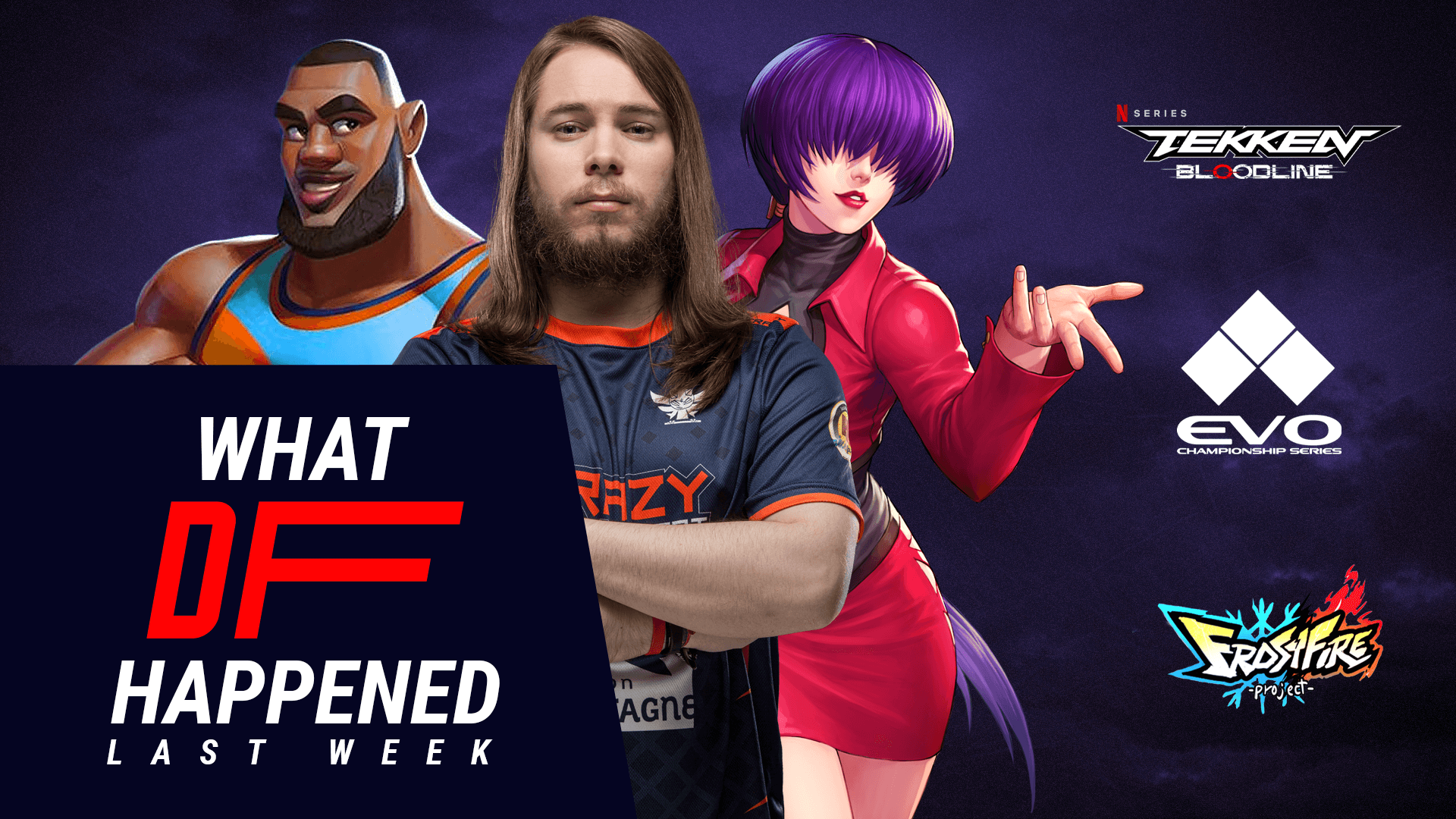 Another package of some of the most interesting stuff that happened in the FGC during the last week has arrived, as DashFight got you covered once again with a brief news feed. As always, just relax, sip on your coffee, and enjoy.

With all those big events and upcoming releases, its quite easy to miss some indie stuff worth looking into. Here we got FROSTFIRE -Battle Frenzy- by Spanish indie studio SUMACHU Games. The game will be out with an early alpha somewhere in 2022, alongside with crownfunding campaign. For now, you can enjoy the first gameplay trailer.

It's hard to overestimate the excitement for the upcoming MultiVersus game, but the developers are doing everything to spice things up even more. Last week they announced that Lebron James himself, 4 times NBA MVP and 4 times NBA Champion, will join the roster of the upcoming fighting game on July 26 and will be available to play during the open beta. Any basketball fans here?

The biggest fighting game convention is coming back to LAN in a couple of weeks, and it would be fine to call it the most anticipated event of the last years, since how the COVID-19 pandemic crippled tournament organizers lately. No wonder a lot of people want to take part in this celebration, and the exact tournament reg numbers have been shared last week on Twitter. Looks impressive to say the least.

Team Awakened Orochi is about to join King of Fighters XV roster later this summer. However, attendees of the upcoming Evo 2022 will be able to try them out earlier as the event will feature a special booth exhibit with a handful of fun exciting events, including the ability to test out a new set of characters.

An anime series Tekken: Bloodline by Netflix, based on a legendary fighting game franchise, is about to hit the screens in August. Meanwhile, an English dubbed trailer has been dropped last week, showcasing some action with familiar characters and giving some ideas of the series plot.

One of the biggest European majors, Brussels Challenge, made a fine comeback to LAN during the weekend. It featured 11 fighting game tournaments, including Tekken World Tour Dojo Prime one, which was won by Super Akouma. You can check out other results down below, or by visiting the event's start.gg page.

That's a wrap-up for now. Stay with DashFight for all the fresh news about your favorite fighting games, players, events, and characters, and don't forget to check out our YouTube for various guides by professional players and other informative videos. Have a good one!