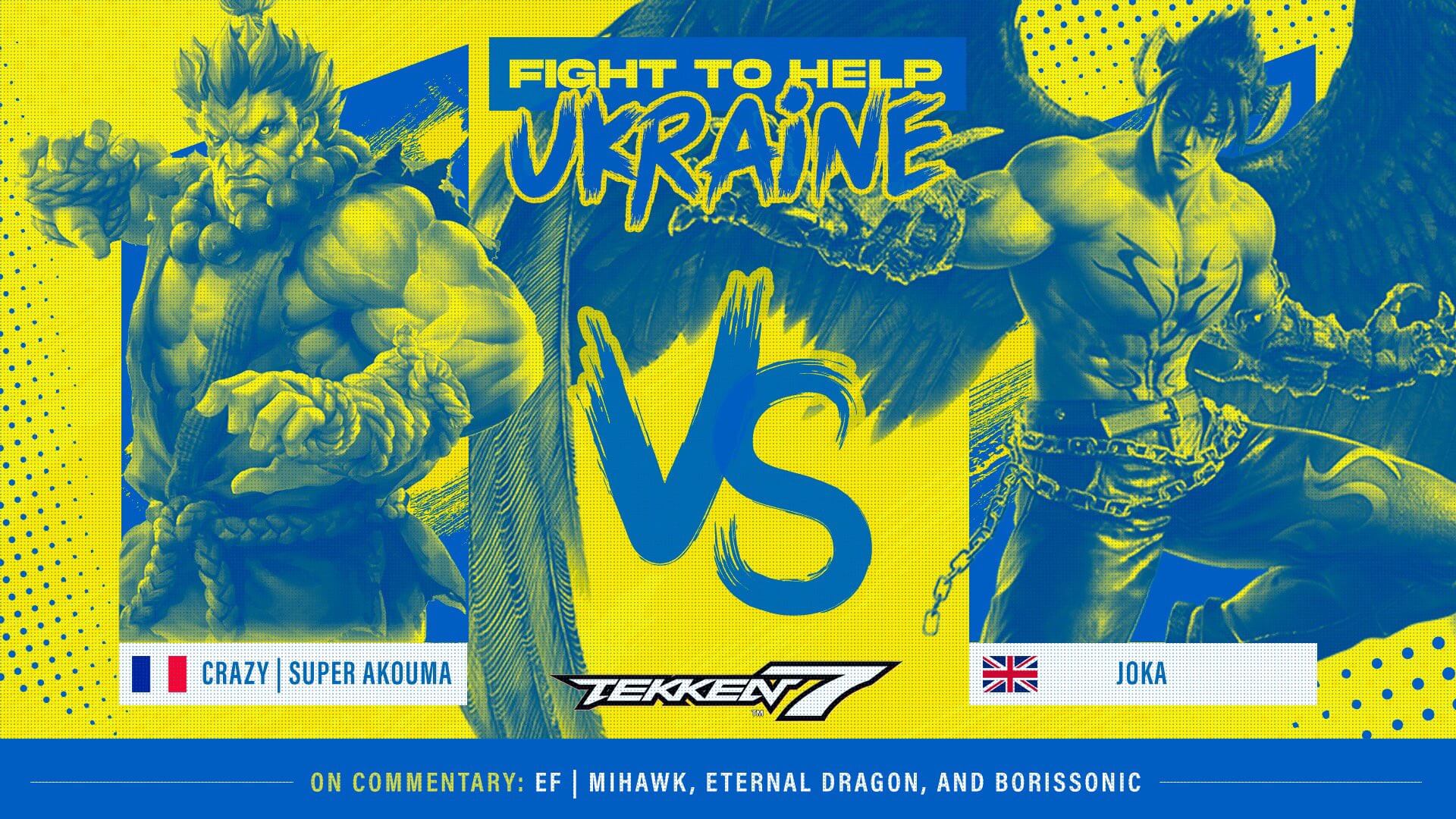 Ukraine currently remains at war against the aggressor nation, Russia and it has been heartwarming to see the gaming community come together to help the cause of Ukrainians terribly affected by the war.

Recently, Bandai Namco donated 100 million yen towards the Save the Children charity. Now, esports outfit, UYU, has announced a slew of exhibition matches to raise money to help the people of Ukraine. In a series of posts on their Twitter account, they stated that there will be some FT5 matches between top professionals in Tekken 7, Street Fighter 5, and DBFZ.

The Tekken match will feature Super Akouma and Joka while the Street Fighter V match will see fHassa from Germany take on Valmaster from France. There is also a DBFZ match between Yasha and Gropis.

In addition, there will also be a live stream for the North American region, but the participants for that have not been announced.

According to their Tiltify page, the goal currently seems to be about $1000 with over $100 raised so far. As an extra incentive, everyone who donates at least $5 or more has a chance of winning some raffle prizes including a Hit Box.

To help donate to the cause, you can click here.