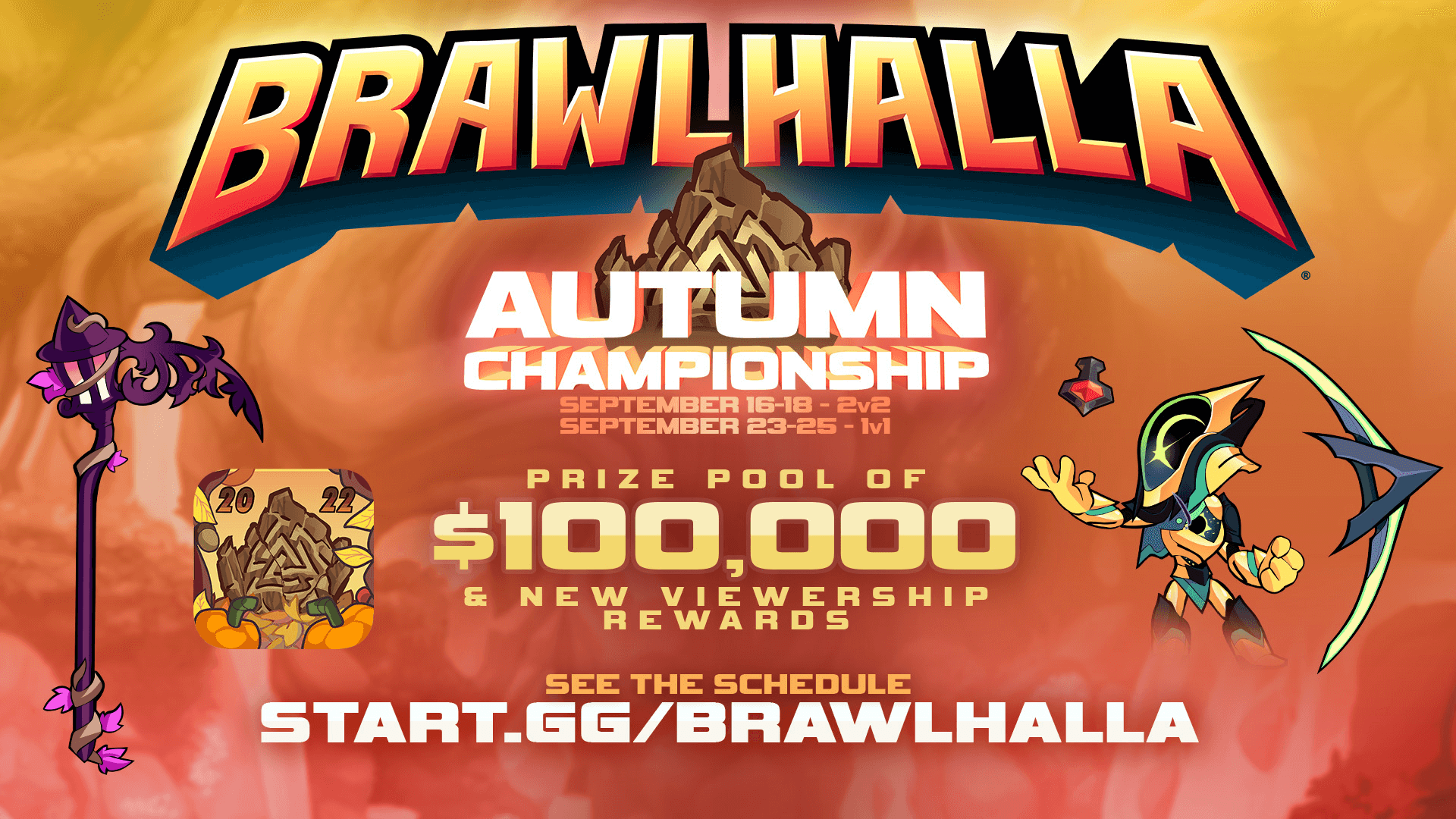 Can you believe that it’s time for the Autumn Championship already? It seems like the Summer open tournament was just yesterday — that’s probably because the Brawlhalla esports schedule is so packed with awesome events.

Traditionally, Brawlhalla Autumn Championship has two phases: Doubles and Singles matches. We will have tournaments in five regions:

Unlike the seasonal Championships, the final event, BCX, will be offline, on the first weekend of November.

To enjoy invitational competition in an unusual region, check out matches of the recent Brawlhalla Japan Invitational.