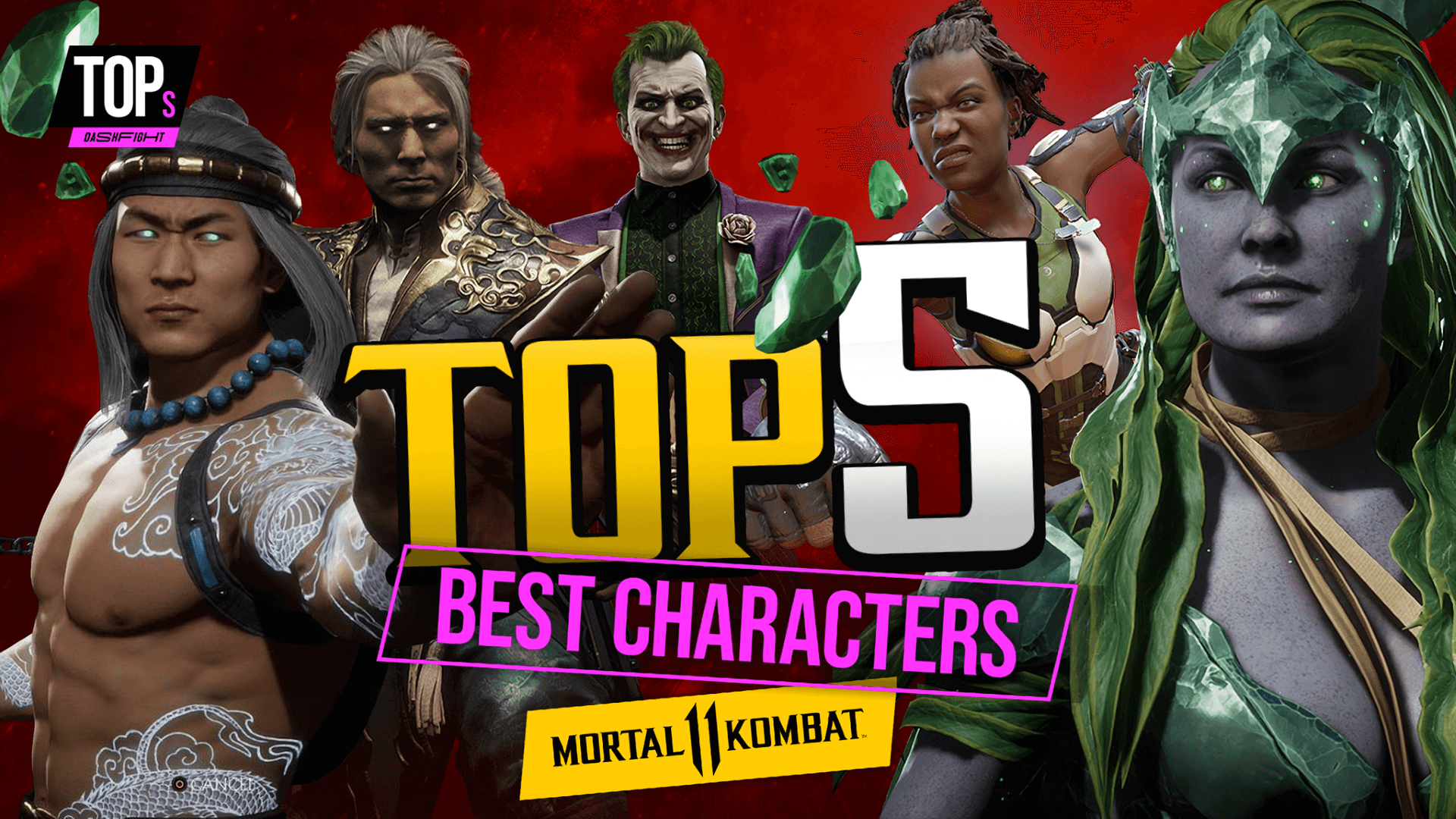 #Video
Ever wondered who the strongest characters in MK11 are? Wonder no more!

In this new DashFight Tops video DashFight Dillon shares our opinion on the everlasting topic in MK11— who are the top characters in the game? We do get that this conversation is getting tired, and everyone has already stated their opinions, but do you know why the top characters are considered strong? On this list, we’re looking at the strongest characters from Mortal Kombat 11 and explain why they have earned their respective spots.

The elder goddess Cetrion is considered the best character in the game by a mile. While this honor is contestable, her considerable tool kit is not. She’s known mainly as a zoning character, and in the right hands, she can be a pain to face. While her damage output isn’t the greatest and her krushing blows leave a lot to be desired, she can keep an opponent away with a plethora of options that can make fighting against her a living nightmare. Not only does she have many options to ensure you can’t get close to her, but she is also armed with fantastic hit confirms that combo easily, and several of her strings are safe, making her pressure game pretty impressive. She is definitely a character that will ruin anyone’s day.

Liu Kang, the chosen one. The main protagonist of the Mortal Kombat games is a household name for anyone who has experienced the series in its many iterations. In MK11, he brings all that experience together to create a literal monster of a character. His pressure game is insane as he can keep opponents in the corner with a variety of strings. He is also equipped with several krushing blows, which, upon correct usage, deal tons of damage to the opponent. His quick walk speed and unpredictable movement make him very difficult to defend against. In addition to that, he also has projectiles in his arsenal, and therefore, he can play a better zoning game than many in the cast. In the end, regardless of the playstyle, you tend to go with, Liu Kang has decent options.

Next is the daughter of Jax Briggs, Jacqui. She was so strong at one point that there were calls to have her banned from tournaments. She is a true rush-down character with a slew of moves that leave the opponent no room to breathe. In addition, her grab counter makes opponents think twice before trying to play the grab game with her. She deals a decent amount of damage, and while she is one of the more fragile characters in terms of health, her offensive capabilities more than makeup for her puny health bar. Like we said before, she thrives on her pressure game, and her very fast normals are a great advantage as they make it very difficult to counter. While Jacqui might not be the most impressive character in terms of the lore, she is an absolute nightmare in the game’s meta.

Fujin is a very welcome DLC addition to the Mortal Kombat 11 roster. As one who controls the winds, Fujin is blessed with a swift walk speed which makes him incredibly viable in the neutral game. His ability to control space helps him dictate how his opponent fights. On top of that, he also has great pokes and hit confirms. He can combo off all sorts of hits, and this means that there is nowhere on the screen where you can consider yourself to be safe from Fujin. Moreover, he also has some nifty projectiles, making him yet another hybrid character as he can play both the mid and long-range games perfectly. Another advantage of his speed is his elusiveness: while he can get to you very quickly, he is almost impossible to pin down. This makes applying pressure difficult for most characters.

We saved the best for last — say hello to Joker. One of the more popular DLC characters in the game, the crown prince of crime, is a very handy character to have up your sleeve. He doesn’t necessarily excel in anything, but he’s strong in just about every category you could think of. He has decent normals and deals a great deal of damage with little to no effort at all. He is also a character who is adaptable to a variety of playstyles, making him a versatile choice for many. He also has impressive setups that serve to keep opponents pinned down and devoid of many options. Most importantly, he is really easy to pick up, so even beginners can start practicing with him and ‘git gud’ quickly enough. Joker is a powerful character with several tools to counter opponents, so playing against someone who knows what they are doing is— no joke. (sigh)

So that’s our list. We hope you found them helpful, and the next time you get into an argument with friends as to the best characters in MK11, remember that we helped you. Make sure you like and subscribe and also turn on notifications so you never miss any of our in-depth fighting game videos.