The Cloud SerieZ: a Regular Event with Top EU players 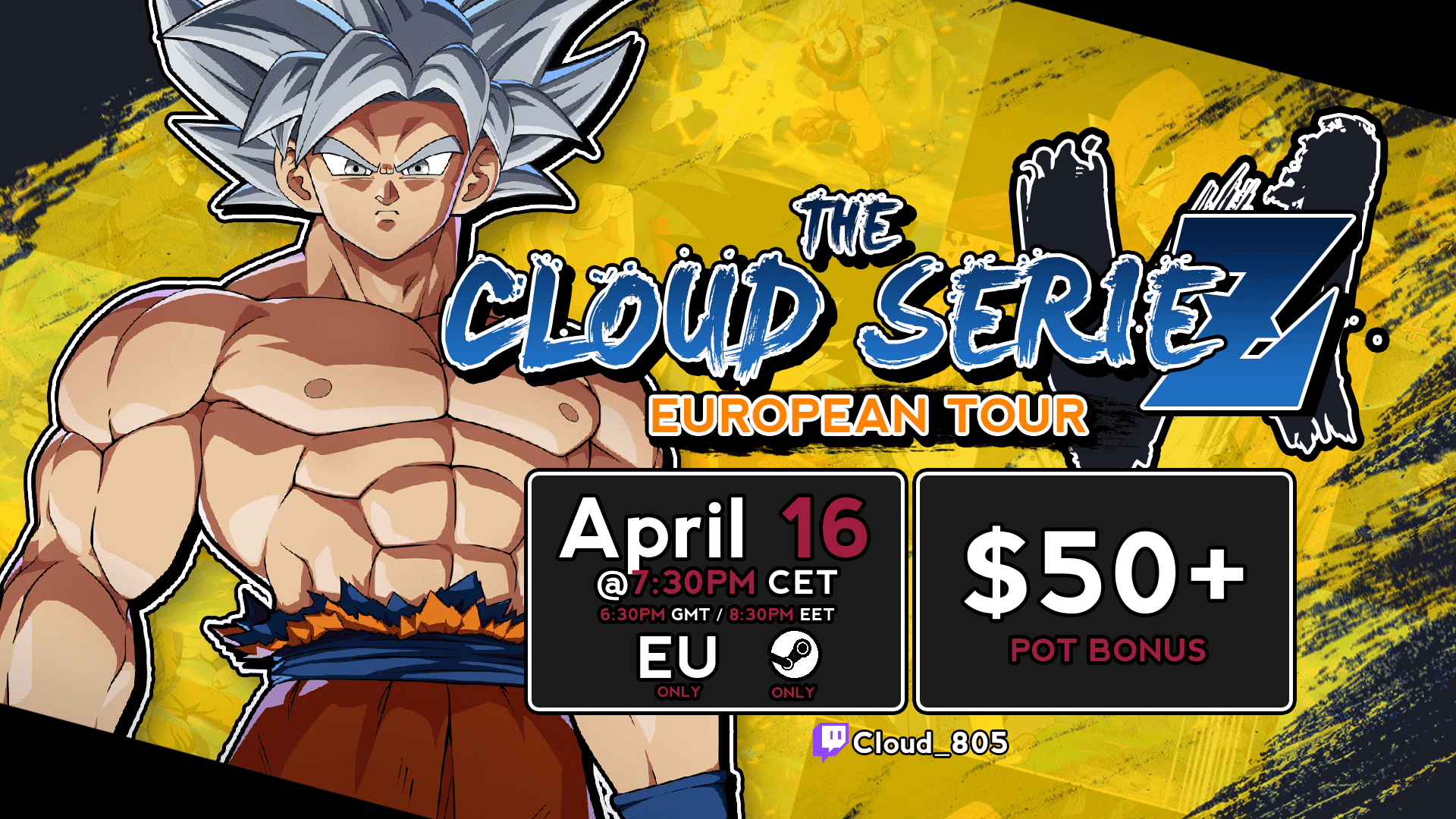 If you are in Europe, you can join this DBFZ esports excitement. For the rest of the world, it’s a chance to enjoy the fighting show.

Dragon Ball FighterZ might not have some big updates or new characters planned for the foreseeable future, but the community of this game is totally alive. And if your competitive spirit is strong, you have enough chances to prove your skills in esports tournaments.

One of the regular events on the DBFZ scene is The Cloud SerieZ, and we at DashFight would like to highlight it in this post.

It’s a weekly tourney for European players. Yep, that is an obvious limitation. But on the other hand, the region has many very talented players, and just watching matches of such guys as Yasha or Shanks is quite an experience — you could learn a lot from those streams.

And if you are in Europe, why not join the fights? It’s a chance to significantly improve your skills in a real tournament environment. Who knows, you might be successful enough to face one of the famous pros.

Don't sleep on The Cloud SerieZ! The next, 6th event happens on April 16.

And to feel the vibes, let’s take a look at the highlights from The Cloud SerieZ 5:

Do you like participating in online fighting esports tournaments? Do you watch events with other players? Not only are these activities greatly entertaining, but also they significantly help you grow as a player!

One of the DBFZ community events happened quite recently offline. Did you watch the matches of Bum's Birthday Bash 2022?