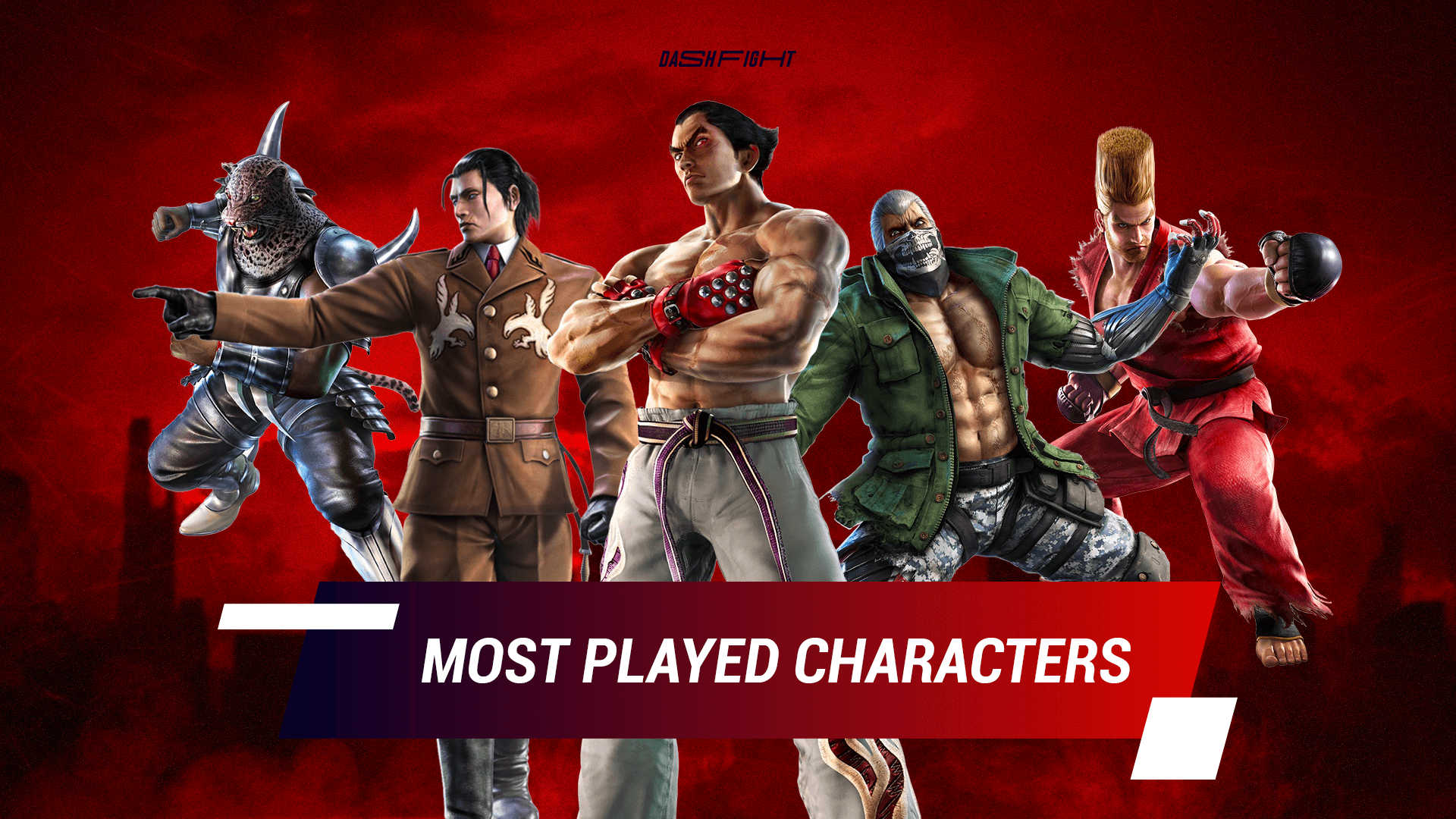 Tekken 7 has been out for years already, and with a roster of over 50 fighters, people found their favorites. While character power level could be a driving force behind the rising or dwindling pick rates, players mostly tend to stick with familiar faces.

A couple of months ago, a Reddit user Olba compiled the available information, and the results they got were fascinating. You can find the character popularity table below.

Unsurprisingly, the top spot is held by the all-American badass Paul Phoenix. There’s just something about his gameplay that’s incredibly satisfying. Whether it’s the meaty punches, the ability to cheese and knock half the lifebar away, or the all-around powerhouse nature, he doesn’t seem like giving up his spot in the foreseeable future.

The following two spots also remain unchanged. Kazuya is still the favorite Mishima representative among the players, and mad psychopath Bryan doesn’t give his place up after taking it from Armor King last year.

In fourth place, we have the newcomer, the towering Fahkumram. The developers were correct in their assumption that giving the community a traditional Muay Thai practitioner from Thailand would be a success.

The final member of the Top 5 is Leroy, who overtook Armor King. He’s still on the upswing ever since his release, slowly but steadily creeping up the rankings.

The one still losing positions and bleeding his popularity is Armor King. He was around the third place last year and is already down to sixth this time around. However, the latest round of buffs could have brought his audience around, so there’s a chance he’ll be higher in the following ranking.

The next four places are occupied by the usual suspects – Dragunov, Devil Jin, Jin, and King. They’re loved by approximately the same amount of people, so they’re constantly interchanging their positions.

One of the more surprising characters to dwell at the bottom of this list is the one that draws the most of the community’s ire – Akuma. It can be surmised that not many are even willing to pick him, even though he’s incredibly powerful when mastered and played to perfection.

Along with Akuma, there’s another 2D character at the bottom of this list – Eliza. She’s cute as a button, but Tekken players just really prefer 3D.

On the other hand, it isn’t surprising to see Kuma and Panda at the very bottom. This probably doesn’t need a long explanation – they’re just not very good and aren’t as interesting as many other fighters.

Along with them, the two relative newcomers to Tekken 7, Zafina and Ganryu, are also very low. While it’s somewhat understandable with the Japanese rikishi, Zafina being this far down is surprising. This, however, will probably change somewhat, as she’s very powerful and also prominent on the pro-scene.

Let’s take a look at the entire character list. A small note: this ranking shows data prior to Lidia Sobieska’s release.

If you would like to take a closer look at all of them, you can do so at our Tekken 7 character roster page.

We at DashFight would love to help you start your Tekken 7 journey. Take a look at the 10 Best Tekken 7 Characters for beginners article to make your life a little easier, or watch more in-depth guides over at our YouTube channel.