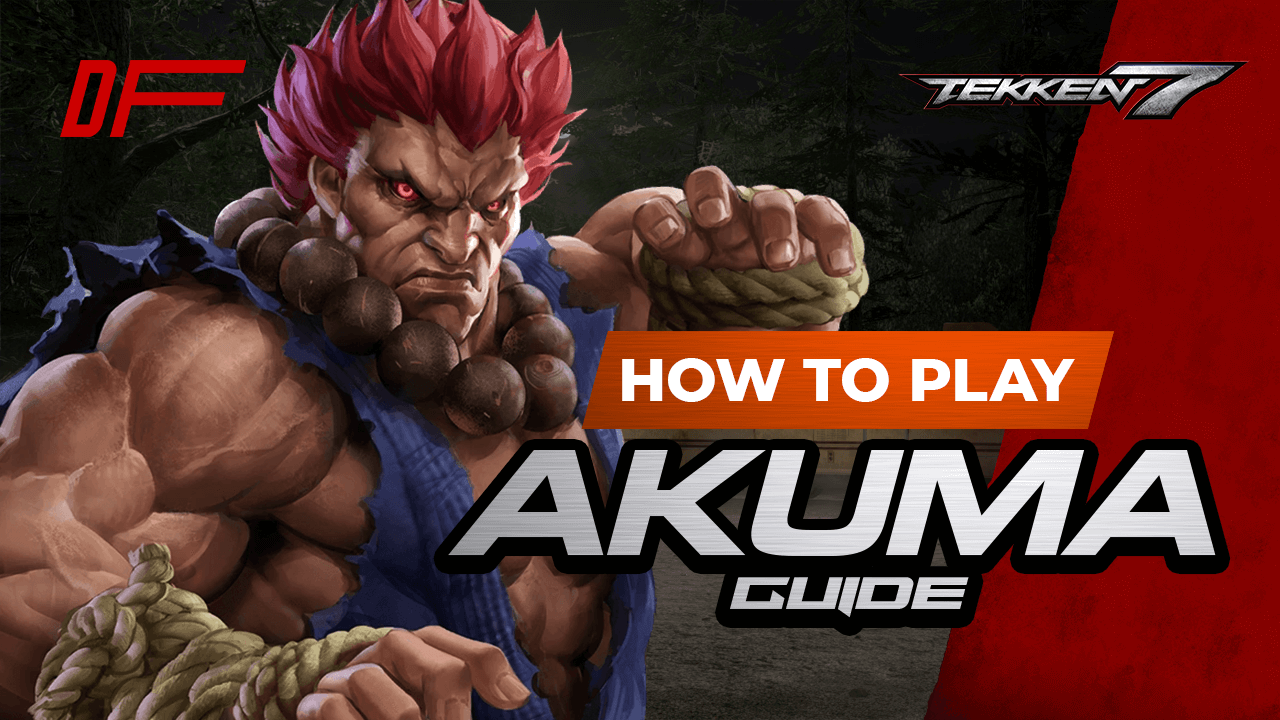 The raging demon is one of the more complicated fighters to use in Tekken 7, Super Akouma gives us the lowdown on the character here.

Akuma is a crossover character that came from the Street Fighter series to join the cast of Tekken. His reception has been mixed with some players and fans delighted at his addition while some people are of the opinion that he sticks out more than most. This is true as Akuma is one of the only characters that has a projectile and with Tekken being a game that prides itself on its down-to-earth and realistic fighting, Akuma does seem quite different.

With all of that said, using him could be a bit of a hassle for some which is why we have this guide to show you how to use him best. And what better person to teach people Akuma than the man who has made a name using the character— Super Akouma.

In this guide we go through Akuma's best buttons, gameplan, weaknesses, and so much more.

Fighting with Akuma requires regular use of his poking buttons. So, we'll look at some of the best poking tools Akuma has at his disposal.

Combos are a necessity in Tekken 7. With Akuma, he has a couple of options from the meterless combos to more complex variations that will require some skill. In this section, Super Akouma takes us through the basics.

Akuma is something of a quirky character in Tekken 7, and his best tactics are pretty brutal. Most players know of the destructive capabilities of Akuma; therefore, they tend to try and use smart movement to out-footsie him. In such cases, you can implement these two steps:

Akuma is not without weaknesses (I know, shocking) and there are tools that he wouldn't fare too well against.

I hope this guide has been helpful. Once you can get meter, Akuma is very difficult to deal with, and once you get the hang of his quirks, you will be dealing some serious damage to your friends and online opponents. For more guides, you can check out this one on Hworang and Paul. Also, why not subscribe to the DashFight YouTube channel? Until next time.