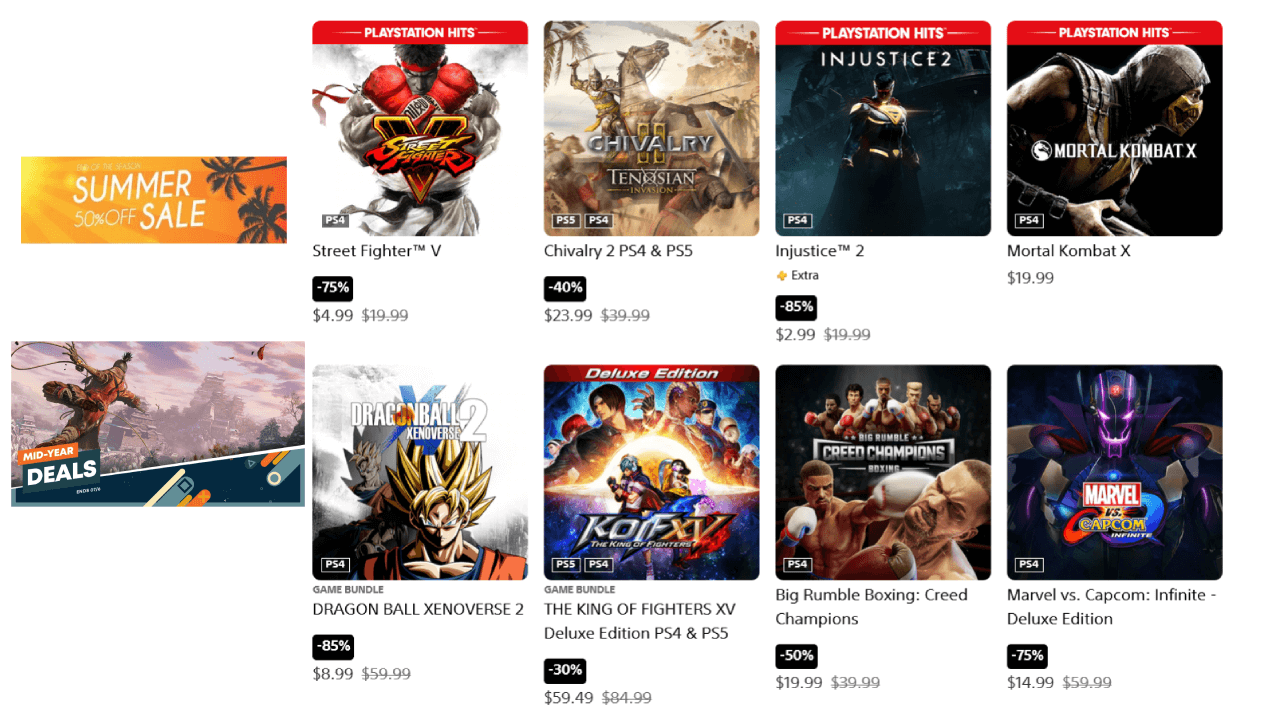 Is your library big enough?

It’s totally great to have this opportunity to purchase great games with awesome discounts. Why not save money if there is such an opportunity? But on the other hand, these regular sales feel like a tricky trap — “I actually don’t have time to play everything I already have, but I absolutely can not miss the chance of buying this or that game cheaper.”

Anyways, logic doesn’t work when passionate gamers see sales starting on Steam and PlayStation. And right now, we are in the middle of such a period: Summer Sale on Steam and Mid-Year Deals on PS Store.

We at DashFight love games in general, but still, our focus inevitably shifts towards the most favorite genre, fighters. And the current sales contain some really great titles. For example, you can buy:

All these offers are very exciting! Please, check out them all directly on Steam and PS Store (yeah, I know, we are very provocative here).

Having these games, will we have time to follow CEO 2022 this weekend? Definitely yes! Esports events demonstrate the miracles of top-level fights, so better don’t miss them.