Some of the Dirtiest Steve Combos out there right now 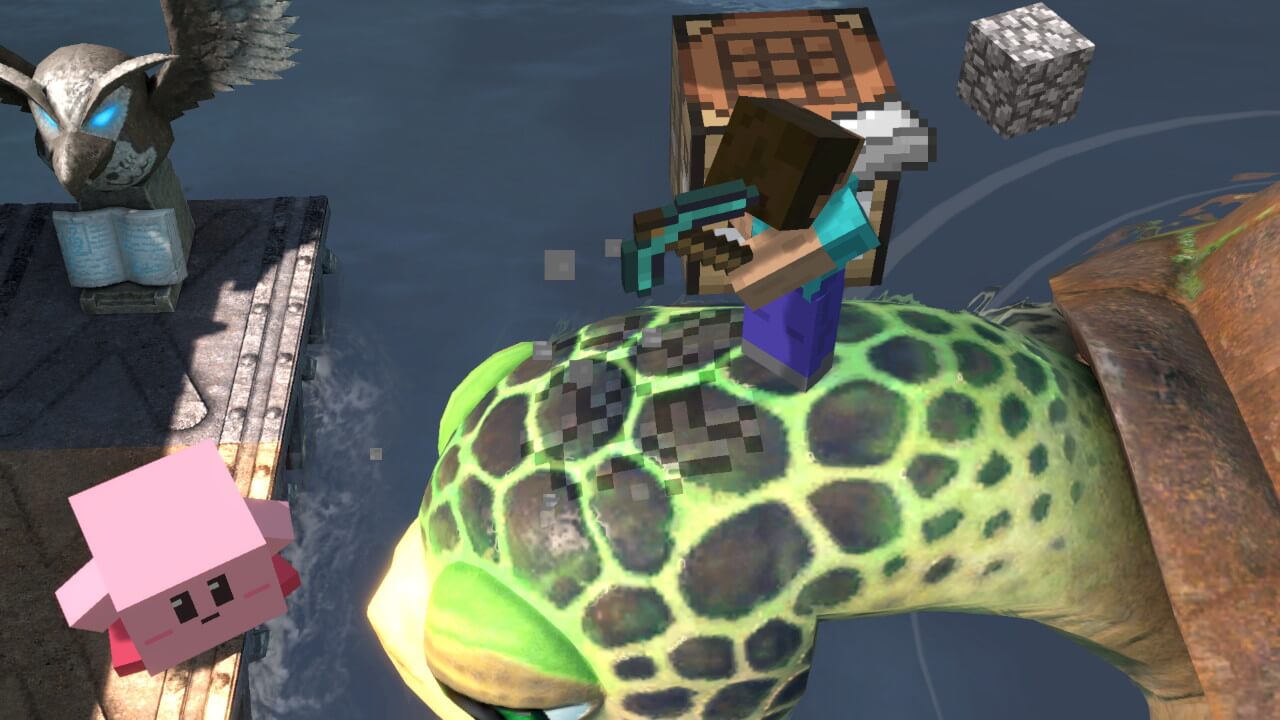 Preview: Nintendo - Image: @Schaffrillas on twitter
#News
24hrs its all the time in the world for Smash Bros players. Here are some of the filthiest combos the blocky challenger can pull off.

The Smash community needed very little time to start cranking out some high-quality combos and showcases of just how powerful Steve is. To say players went off the rails for the character would actually be an understatement. Here is a short showcase of some of Steve's dirtiest combos that you can expect to see in play in the coming days. Although we don't know for sure the power of the blocky challenger, it does seem like he made a big impression on most competitive players and figures in the scene such as GimR.

Starting rather easy with a simple, yet deadly

Want something more complex? check out this incredible series of moves that results in a 0 to KO unlike any other:

Maybe that was too complex for a 0 to KO to pull it of online. There is always countering Fox hard with this simple combo. Well, is it still a combo if you are just holding A?

Of course, The Professional players have also been labbing and playing to find out not just how to play the character but also how to fight against it. Here are Pulp with some amazing inkling denial and Dabuz with some clean stocks.

Imagine trying to recover against Steve

But it is also important to remember that this is all in the hands of great players who have poured over hours and hours of play with many other characters and thus are in tune with what is possible in the game so far. So to step back into reality, here is a clip of the one and only HungryBox dispatching a Steve player with ease.

If somehow you are not satisfied yet with Steve shenanigans, here is a compilation of some excellent clips by Kiwi.