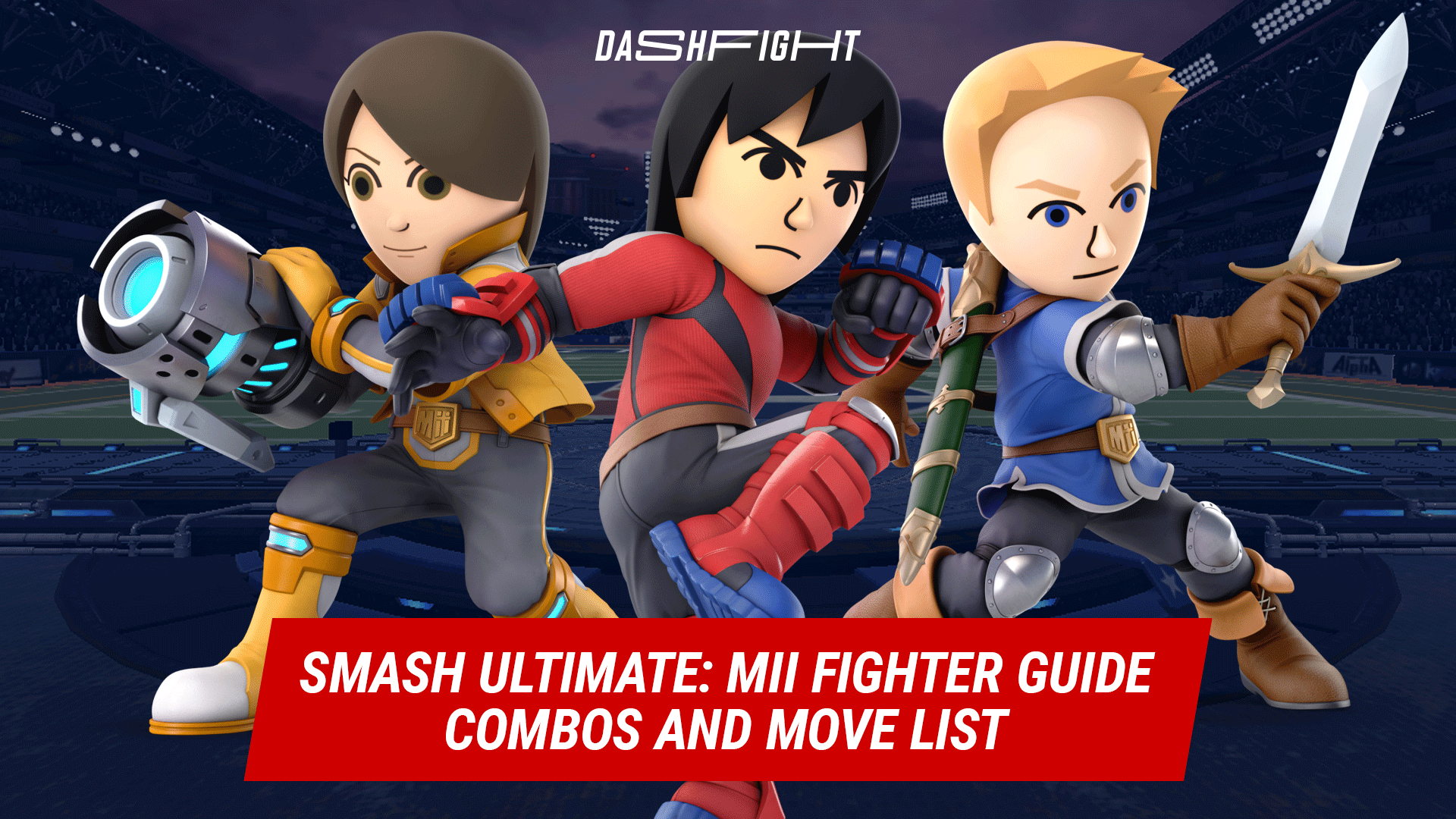 #Evergreen#Longread#Guide
Mii Fighters in Smash: Everything you Need to Know, normals, specials, attributes and more.

Carrying over from Super Smash Bros 4. the Mii fighters are three characters that allow players to customize not only their appearance and customers but also their moves sets. Although not the most well regarded in terms of fighting potential, these three fighters can be a pretty solid pick, especially if you dedicate enough time to learning the ins and outs of each of them and their moves.

The Mii Gunner is a solid projectile-based fighter with many tools to open opponents to mix-ups and strong attacks. Thanks to their multiple options for moves, they are considered rather versatile and unpredictable. Unfortunately, they lack potential in closer distances seriously limits their usefulness in a competitive setting. One of their special attributes is that they have access to a wall jump. The Mii Gunner is the slowest and heaviest of the Mii Fighters.

Competitivly speaking, they are not entirely viable. They have seen some success thanks to their camping and stage control tools, such as gunner missile and granade launcher, but after these were nerfed coming into Super Smash Bros Ultimate there haven't been to many players lining up to take top 8 finishes with the cahracter.

If you hate sword-based fighters, then move on to Brawler now because this Mii is all about getting an edge of their opponents, get it, edge. In truth, they have great potential with mix-ups, and their special moves allow for different playstyles. Interestingly enough, they also have access to some solid projectiles to help bridge the gap between far and close combat, such as the Gale Strike and Chakram. Unfortunately, their slow mobility, short-range, relative to other sword characters, and poor recovery options leave much to be desired.

In competitive play, the fighter has seen some nice streaks over the years. Thanks to their improved aerials for Super Smash Bros Ultimate, the character has made good use of their kill confirms to get vital stocks over opponents. But much of what this Mii fighter brings is also dished out by other, more complete, swordies, leaving the character to fill a gap that already has plenty of filling.

Mii Brawler combines many tools the heavier hand-to-hand characters in Smash possess while keeping him as a middleweight champ. His wall-jump ability also gives them a lot of ways to stay on top of the fight, and much like all other Mii fighters, the versatility of custom moves opens up the door for this fighter to be unpredictable when it is time to throw hands. Of course, all these pros are not without their cons. Being a brawler means giving up a lot of range attacks and, in Mii fighter's case, solid KO opportunities.

On the competitive side of the game, Brawler is considered the best of the three Miis available. Though early on, they were thought to be okay, over the years, they have received quite a handful of buffs that opened the door to pro players to specialize in the character.