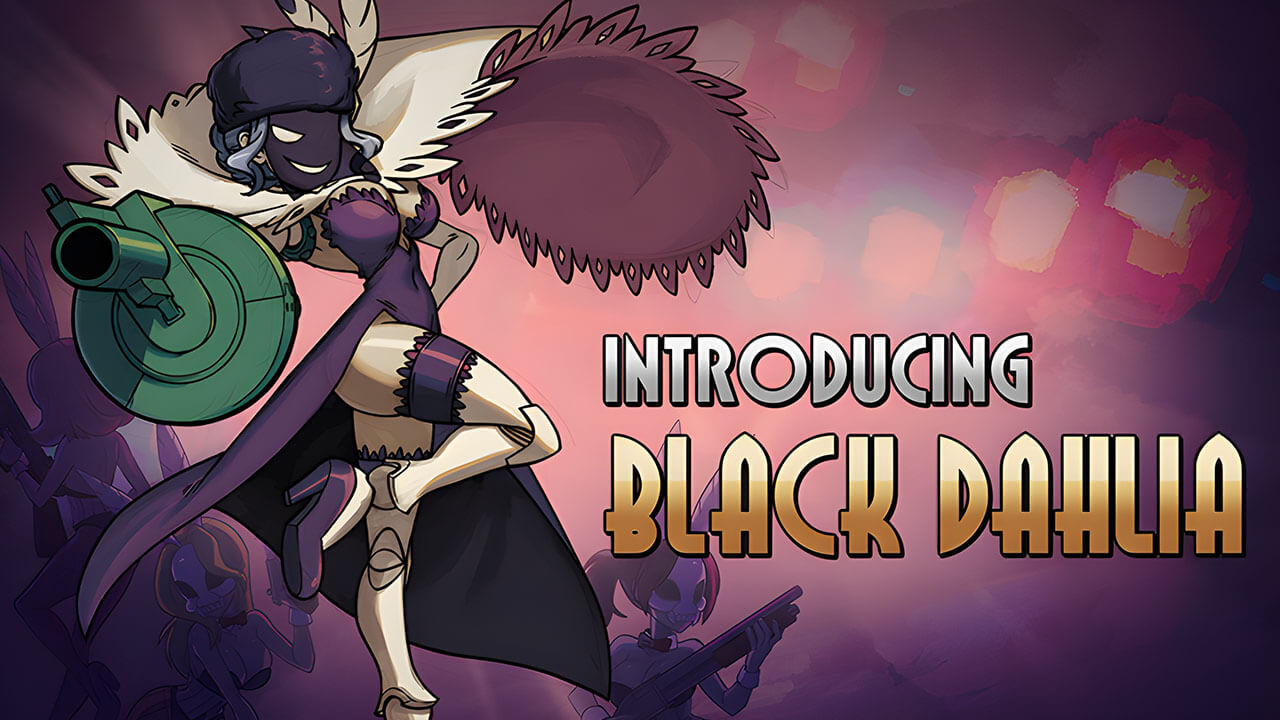 At the recently concluded Combo Breaker 2022, the newest character for Skullgirls 2nd Encore, Black Dahlia, was tested for the first time. It was clear from her trailer that she is still a work in progress with some of her animations and sprites still in their drawing form. A lot of people who tried her out were excited and are looking forward to the release of the character.

While her full release is still some way away, the Skullgirls Twitter account has announced that the character's Alpha form is available for season pass holders on Steam. This means that those who have a season pass will be able to use the still incomplete character. This will enable those interested in maining the character to get a good look at her and learn all her quirks.

Black Dahlia has been described as an assassin for the Medici family and she dons a mask that hides her face. Like most of the cast, she has an accompaniment which is in the form of her gun.

For those interested, you can buy the season pass on Steam for $34.99 and you'll get access to her.

It has been announced that she will be fully playable later in the year and will be available for season pass holders. Also, the game's developers have created a hashtag on Twitter for fans and users to check out any new tech on the character and also upload tech that they have discovered during their lab sessions.

We can expect an announcement on further Skullgirls characters at Evo in August with a view on using the character in 2023.

How to Play Beowulf: Skullgirls Guide