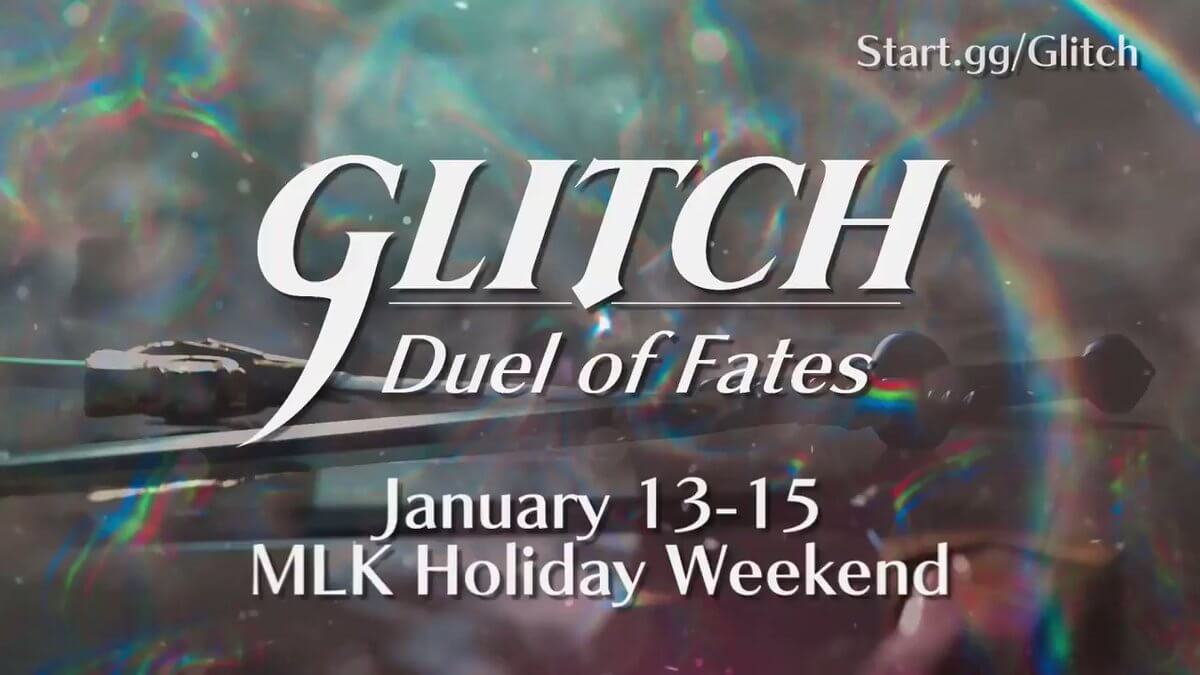 #News
The event will take place next January.

Glitch: Duel of Fates will be held at Laurel Park in Laurel, Maryland, United States of America. Registration will be open until January 4, 2023, but membership fees range from $60 (if you register now) to $95 (if you register on the last possible day). The tournament will last from January 13 to January 15, 2023.

The last Glitch series event was on September 26, 2022. Light was the winner, and you can find the list and recap of the Top 10 at this link.