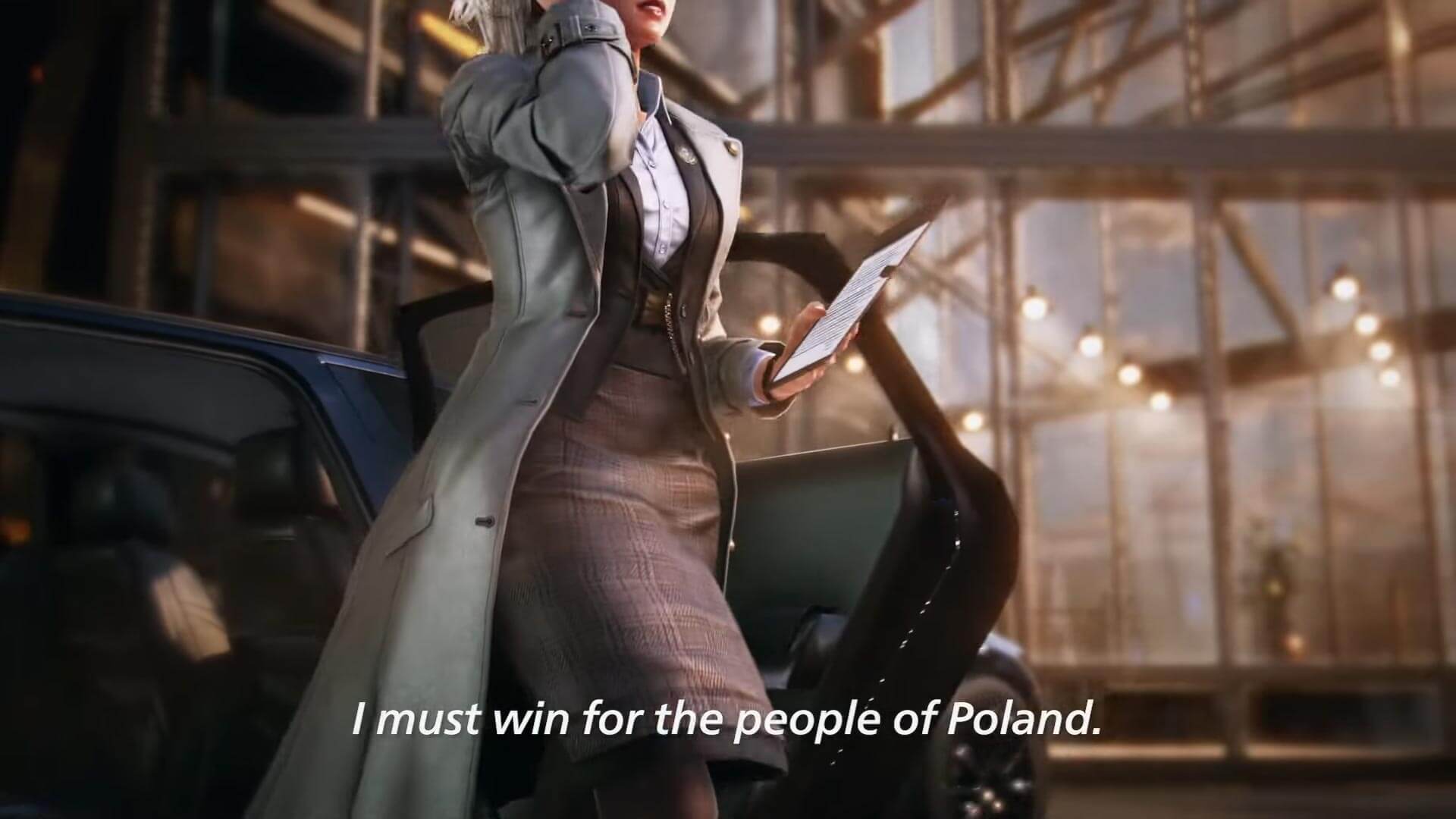 Bandai Namco have finally, through some not-so-subtle means, given us some additional background for their latest Tekken 7 character. The character, whom we now know is named Lidia Sobieska, was first teased back in February when Bandai Namco released a cryptic trailer featuring Sobieska.

We now know a lot more about the upcoming character thanks largely to some pretty nifty care packages sent out to influencers. Prominent Tekken community personality Steve 'Tasty Steve' Scott received one such package which included a hoodie, gear, and a letter to Lidia from none other than Heihachi Mishima.

Before now, all we knew was that the new character is female and is the prime minister of Poland.

In the letter, it soon becomes clear that Lidia had asked for a withdrawal of troops from her native land and this was Heihachi's response to her. The Tekken series' villain praised Lidia for her incredible achievement of becoming prime minister at such a young age, but in typical Mishima fashion, there was a threatening tone in the letter. He warned that if Lidia went too far, things could become pretty dicey. By the end of the letter, Heihachi offers Lidia a means to make her objections known— entry into the King of Iron Fist Tournament.

We can expect to find out more about this fascinating character when she is finally fully revealed, but for now, I guess we just have to wait and see.