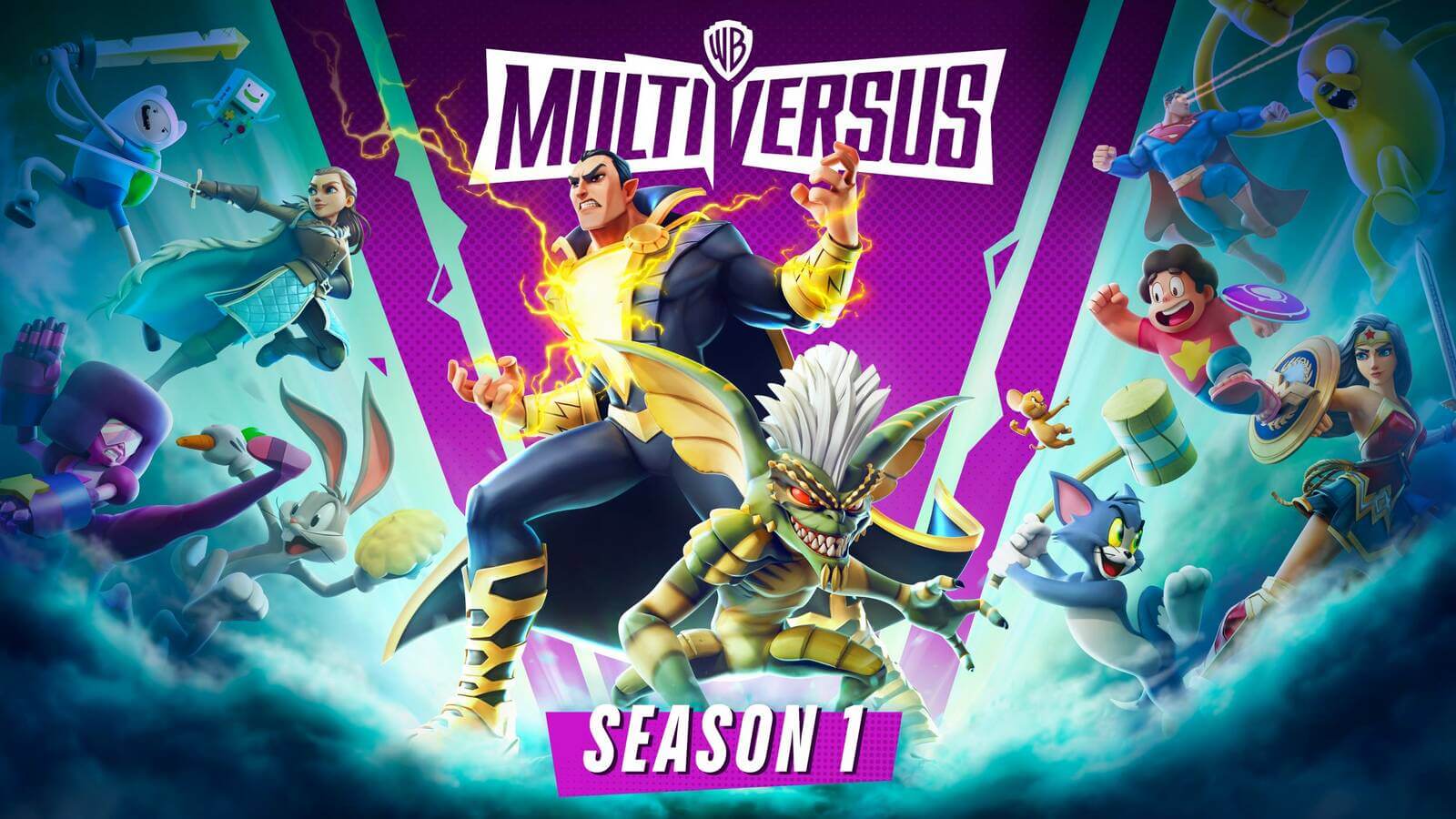 Player First Games has published patch notes for MultiVersus Open Beta 1.05. The roster finally added Black Adam from the DC universe. The character, voiced by industry veteran Bob Carter, can move around the battlefield in any direction using flight. His first attack, Lightning Surge, deals electrical damage to enemies and applies a buff to allies. The second attack, Aton's Havoc, unleashes a charged electric beam that follows the opponents.

In addition, the developers have made some gameplay improvements and balance changes. Finally, they added Classic Arcade Mode Alpha and extended Battle Pass to level 53.

You can see all updates below:

A new variation on the Scooby Mansion Map has entered into the different Queues! This version removes the roof! Try it out!

Space Jam is available to play in Custom or the Lab.

We are still evaluating updates to the map to make it feel fair for inclusion in our 2v2 and 1v1 queues.

The music track will randomly come up when playing the map!

Remove the spike and aerial moves section of the intro tutorial.

Branching to Side Special (Dagger throw) on hit moved back 6 frames.

Dagger Hitting Ally or enemy now returns 25% of cooldown down from 50%.

Branching to Side Special (Dagger throw) on hit moved back 6 frames.

Dash to dagger from minimum travel time increased to 0.275 seconds from 0.23 seconds.

Fixed bug where if an enemy died with the knife in them, it would remain in them when they respawned.

High-Five had nearly instant recovery previously. This change should give it a small window to be punished.

Added early cancel on hit for side to up attack combo.

Increased side to down combo attack damage to 7 from 6 and knockback scaling to 15 from 12.

Speed of stacking sing buff increased to 0.5 seconds from 0.75 seconds.

Duration of sing buff stack increased to 5 seconds from 3.5 seconds.

Branching into Side Ground Special (Grab) from landing delayed.

These changes were done to prevent an infinite grab combo.

Increased recovery by 3 frames after the third hit.

Reduced hit pause to 0.175 seconds from 0.3 seconds when Hammer Perk is equipped.

Fixed a bug that was preventing equipped stickers from playing.

Fixed bug where held items would appear on the wrong hand.

Fixed bug where you could infinitely summon meeseeks.

Fixed bug where enemies could dodge out of the portal and not be hit stunned.

Fixed a bug where the crystal would not be visible if it exited the arena.

Pulling ally while they are in the grace area of the Blastzone no longer rings out the ally.

Set the max size of Reindog's fireball to be 7 times its initial size.

Reduced on cooldown fireball lifetime to 0.5 seconds from 1 second.

On cooldown fireball no longer spawns a fire wall.

Spamming fireball even when it was on cooldown was always the right answer. These nerfs to the cooldown version of the fireball are designed to give it more of a consequence.

Moved back land canceling by 4 frames.

Stripes gun reload will now take 14 seconds but will reload all 3 shots. Any shot will reset the reload time to 14 seconds

Hitboxes on Forward Air will now not hit behind him

Leap perk reduced speed given from 50% to 35% and duration reduced from 3 seconds to 1.5 seconds

Defense Meter Return per tick reduced to 5s from 6s.

Preventing falling after a successful throw.

Increased base knockback on down throw to 525 from 425.

Fixed bug where Taz would not be able to eat projectiles after being knocked out.

Fixed bug where Taz could walk with an eaten enemy if he got hit right when he ate a fighter.

Increased cork ammo from 2 to 3.

Fixed a bug where Wonder Woman using her lasso in air and then landing would cause the animation to not play.

Fix for ground up special floating sometimes not triggering.